So all the ‘Penrith in crisis’ rumours were true, and Phil Gould is happily mounting another stuffed NRL coach in his trophy display cabinet.

Anthony Griffin is gone, albeit with a hefty wad of cash in his back pocket – his agent is gunning for the full payout of what he’s owed and who can blame him?

Cameron Ciraldo will take the reins for the last month of the season and whatever finals matches Penrith play.

Things don’t stop there though, not by a long shot. Not content with dynamiting their own setup, the Panthers have dragged the Wests Tigers into this by making a pass at their coach, Ivan Cleary, as his club fights for an unlikely eighth place.

According to reports, Penrith have met with Cleary and tabled a four-year deal.

That meeting would have been around the same time Ivan Cleary faced the press, said he loved it at the Tigers and that “it’s a long road, a tough road, but you can get there, as long as everyone’s on the same journey”.

After months of denial, distraction and obfuscation, Gould finally let slip some truth this week.

“He (Griffin) was a little old school, wanting to do everything himself, and in the modern day it has to be a collaborative process,” Gould said.

“People will come up with reasons why we shouldn’t have made this decision but our reasons were strong. I wanted to let him know straight away, his position was untenable with things going the way they are now at the club.”

Gould has understandably copped heavy criticism this week for his public pronouncements during the year in defence of Griffin while attacking the media. I’m not as hot on that as many others are. He said what he needed to say to get the attention away from his team, like any good general manager should. I’m not going to spray him for doing what anyone else in his situation would do.

Griffin’s ‘old school’ approach seems to be a common theme with his detractors. If that’s the cause of friction, then it’s fair enough to make a move.

The coach was apparently too structured, too rigid and not suited to his roster or their own desires to be freed for expansive, ad lib football.

Only thing is, other than the 2005 Wests Tigers, I can’t think of a recent premier who did it on expansive, ad lib football. If you want to win the title these days you’ll need to outgrind Cronulla, get dirty in the trenches against the Roosters and the Storm, and be able to withstand wave after wave of buffeting from South Sydney.

Wests Tigers CEO Justin Pascoe is talking tough, telling members, “We’re not going to let anyone come in and just poach our coach without a fight and we’re going to fight tooth and nail to keep Ivan. We’re not going to release him.”

Sorry, Tigers fans – that’s nothing but smoke. What Pascoe really means is that your club won’t be letting Cleary go without getting full compensation for their investment. 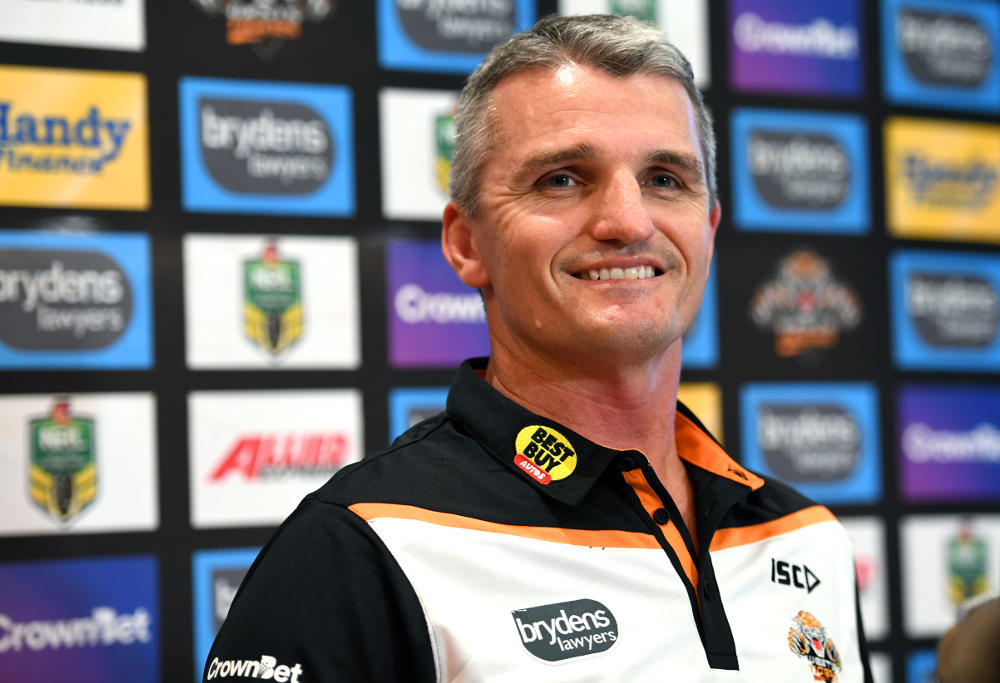 You want Cleary? Pay out his contract. You can afford it.

Pascoe’s chequered history at the foot of the mountains is an interesting subplot here, too.

Pascoe bailed on Penrith in 2015 when, after just one year as the head of rugby league, he walked out the door of the Panthers Academy and strolled right into Concord Oval as the Tigers’ new CEO.

Moves like that are hardly surprising in the upper levels of sports administration, but you can guarantee Gould and the Panthers board of directors won’t have forgotten, and they wouldn’t feel a shred of guilt about putting the hard word on Cleary while he’s still got two-and-a-half years on his contract.

And what of Ivan Cleary in all of this?

His coaching record is patchy at best, a mix of poor seasons, stirring finals runs, rebuilds and clean outs for a winning return of 48 per cent (for the record, Griffin’s winning percentage is 56%).

Much like Griffin, Cleary was punted after a year heavily affected by injuries to star players.

He shook himself off and set about rebuilding the Tigers, clearing the decks and restoring faith and hope among the members who are 100 per cent ‘on the bus’ with him.

Cleary doesn’t strike me as the sort of person who would junk all the hard work he’s done and put his reputation at risk without considerable thought.

But the chance to coach his son, Nathan, is too hard to pass up.

Tigers fans were expecting the club to make a huge play for Nathan Cleary so he could play under his father. They’re well within their rights to be angry at Pascoe and board chairperson Marina Go for not anticipating this play or not acting faster to head it off.

Where does this leave Wests? If Cleary is as gone, as the rumour mill suggests, do Pascoe and Go have the nous to pull off a similarly audacious move? I’m not convinced.

It’s an incredibly high-stakes move from Gould and the Panthers board when the club is a realistic chance for a top-four finish this season. Aside from costing them millions of dollars in payouts and contracts, now anything less than a premiership during the new coach’s tenure is failure.

Although I feel for Griffin, I do love it when someone has the courage to make a bold move and wrong-foot everyone. The payoff potential is enormous.

But I can say that, because I’ve got no skin in this game. I’ll leave it to Panthers fans to say whether they’re as enthused about this as I am.

Massive pressure is now on the next coach, the players and most definitely on Gould. How long can he stretch out a five-year plan without ultimate success before he gets sent packing himself?

Remember though, this is rugby league and this is the NRL. For all we think we know right now, Wayne Bennett or Nathan Brown could turn up alongside Gus at a press conference this week.

Ivan and Nathan Cleary might show up at Brisbane, as a few journos are convinced.

Hell, maybe Gus will finally stop pretending to be hands-off and announce himself as Penrith’s new coach.