What next for Force India?

The Force India administration saga is set for a successful conclusion by the end of the month, but what effect the new-look team has on the sport remains unclear.

Administrators FRP Advisory announced on Wednesday (Australian time) that it had accepted a bid from a group of investors led by Canadian billionaire Lawrence Stroll to rescue Force India from its dire financial straits, ending the reign of Vijay Mallya and co-owners Sahara Group and the Mol family.

It ends a short but tumultuous era in the Silverstone team’s 27-year history that briefly seemed destined to drive the team into the ground. Legal action triggered by Sergio Perez, however, precipitated the sale that saved the jobs of 405 staff.

“It is rare that a company can be rescued and returned to a position of solvency,” joint administrator Geoff Rowley said. “Funding to support the team will be made available from today, and significantly more will be available once the company emerges from administration which we expect within the next two to three weeks.”

Attention now turns to Force India’s incoming owners, the consortium of investors headlined by Lawrence Stroll, and the matter of most intrigue is the team’s driver line-up and how it affects those of its rivals.

It will have escaped few that Lawrence Stroll is the father of Williams driver Lance Stroll, and it will be equally unsurprising that both have grown frustrated with the younger Stroll’s lot at Williams in his sophomore season.

It seems extremely unlikely that Lawrence would invest heavily into saving Force India, among the strongest midfield teams in Formula One, to the detriment of his son, begging the question of when and at whose expense Lance will make his move up the grid. 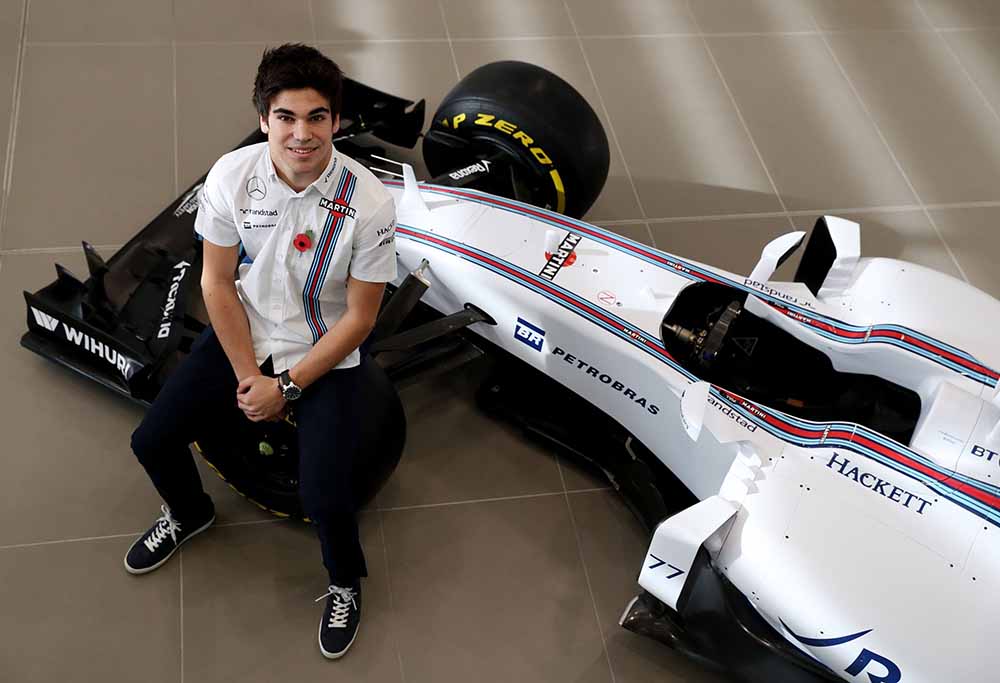 Lance has Strolled his way in to Formula One contention, thanks in part to his father’s wallet. (David Davies/PA via AP)

Indeed this scenario had been neatly calculated into plans at the Hungarian Grand Prix when the team’s fall into administration was revealed. At that time Mercedes protege Esteban Ocon was heavily rumoured to have been loaned to Renault for 2019 to replace Carlos Sainz, in doing so opening a space for Stroll – but Daniel Ricciardo’s sudden defection to Enstone obviously crimps that plan.

Three into two simply doesn’t go, meaning one of either Sergio Perez or Esteban Ocon must make way. Ocon arrived at the team as part of its relationship with Mercedes, whereas Perez launched the legal action enabled the new owners to take control of Force India and brings independent sponsorship of his own. It’ll be tense times for both, but the Frenchman appears likely to be the man who misses out.

But Williams may be the biggest loser. The ailing English squad has already confirmed it will lose title sponsor Martini from next season; now it faces losing Stroll’s lucrative personal backing at a time when it can least afford it given its woeful on-track performances.

It puts one of the sport’s oldest teams in a compromising position. It has long fought staunchly to remain an independent constructor, but now its only path to salvation may be with Mercedes.

Mercedes is seeking to establish satellite teams to bolster its political standing in Formula One. In the same way Red Bull Racing has Toro Rosso and Ferrari has Sauber and, to a lesser extent, Haas, Mercedes would ideally like to take Williams under its wing.

Already Mercedes principal Toto Wolff has been talking about the possibility of growing the German marque’s engine supply deal with Williams to include gearboxes, and one such benefit from striking up a closer partnership would be the Silver Arrows having a place to farm out its drivers.

Assuming it’s Ocon who’s dumped, could Williams offer refuge? Perhaps, but this tighter Mercedes-Williams collaboration initially had George Russell in mind. The Briton, second in line to a Mercedes drive, is currently leading the Formula Two championship, and if he wins the series, he won’t be allowed to compete again.

Short of branching out into farther-flung series – Japan’s Super Formula, for example – there are no natural places to fit Russell into Mercedes’s broader driver roster, meaning Williams may be the only option to keep his career progressing.

Asking Williams to accommodate both Ocon and Russell would be to force it into existential change, but the team would appear to have little option given its precarious financial and on-track situation.

But even if the team were to concede, what say would Sergey Sirotkin, tied to Grove on an ambiguous ‘multi-year’ contract, and reserve driver Robert Kubica have on proceedings?

Then of course there’s the possibility these changes will begin from the Belgian Grand Prix at the end of the month to line up with the change of ownership. While one would think Force India’s new owners would be misguided to disrupt the team while it remains in the fight for fourth place with Haas and Renault, turning the complicated situation into a messy one can’t be ruled out given the changing allegiances behind the scenes.

Though Force India’s salvation will have allowed 400-odd members of staff to rest easier this week, a bevy of drivers will be kept up tossing and turning over their futures in Formula One.