With a 69-66 win over the West Coast Fever in the final round of the Super Netball competition, the Giants sealed the minor premiership and booked their place in the major semi-final, tomorrow at the Quay Centre.

It was an incredible finish to the season, particularly considering that the Fever had been at the top of the ladder for the entire season, only to be pipped in the final round.

As minor premiers, the Giants have hosting rights for the major-semi final. This would normally only be cause for celebration because of the big advantage this poses – especially against a team based as far away as the Fever.

But this situation has highlighted the lack of facilities available for major netball games in Sydney.

This year, the Giants and Sydney Swifts have played at a couple of venues (including a game in Canberra for the Giants). Qudos Bank Arena has hosted several games and is the most suited venue in the city for large games. It holds just over 20,000 people and with the court right in the middle, the players are surrounded by fans.

Even this is not an ideal situation though, as playing at this venue comes at significant cost to Netball NSW, with games also being at the mercy of other events which take precedence. For example, all games at the venue this year had to be played before Round 7 as the venue was unavailable after that. The venue is unavailable this weekend because Pink is performing there (well, if she doesn’t cancel).

Less suitable but still appropriate is the International Convention Centre. While this venue’s 7000 sets still holds more than the Quay Centre, fans are only seated on one side, making it a weird place to watch sport – it’s better suited to a musical or theatrical performance.

It is also problematic from a funding perspective, with only 3800 fans able to attend. When you consider that plenty of those tickets will be allocated to members, it leaves little space for others to attend. It also means the Giants will be playing in front of a small crowd in a scenario where netball had the opportunity to attract many more people to see the best two teams this year play against each other for the second week in a row.

This situation is not sustainable for a growing sport. While there has been plenty of focus on the rectangular stadium strategy for this state, more attention needs to be given to other sports, like netball, particularly when you consider that in Melbourne (a city which also has two Super Netball clubs) there are three indoor venues with capacities ranging from 7500 to 15,000.

There is a suggestion on the table to spend an estimated $50 million to build a roof over centre court of the NSW tennis centre at Olympic Park. This would hopefully only be a temporary solution, with a purpose-built indoor facility being the focus for the longer term.

This would mean that around 10,000 fans would get the chance to watch the Swifts and Giants throughout the season, and netball would be in a position to have a more consistent home for its two Sydney based teams. 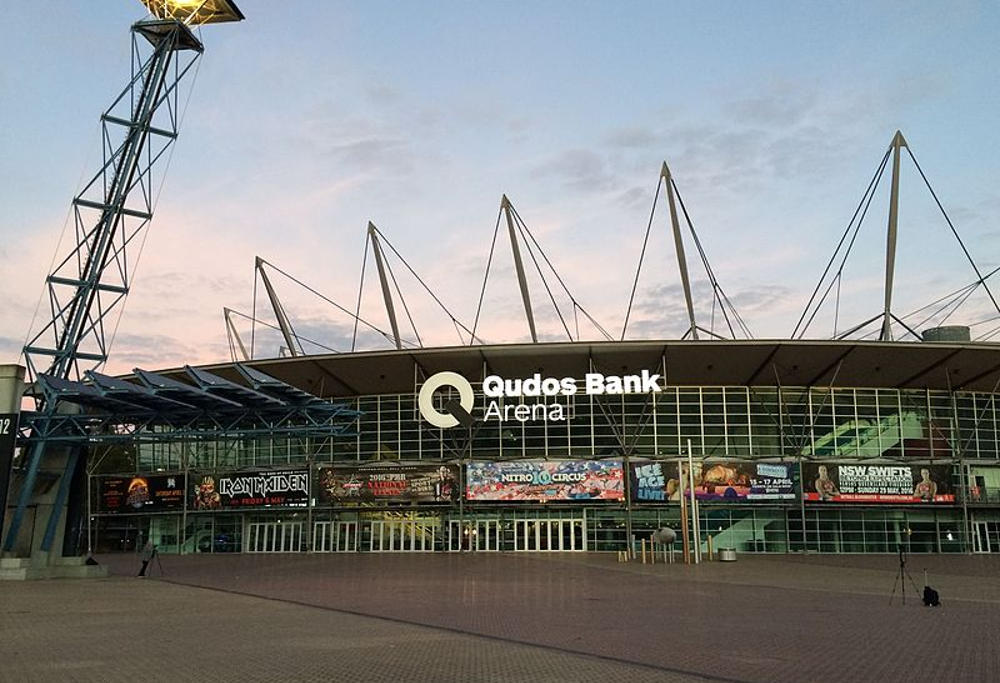 But enough stadium talk – now onto the game itself, which promises to be a thriller.

The major semi-final will be a repeat of the game last weekend and you can be sure the Fever will be seeking revenge.

So what do the Giants need to do to win? Basically, what they did last weekend – and avoid a collapse in the fourth quarter.

The Giants got out to an early lead and dominated three-quarters of the game. Don’t let the final score fool you, it only ended so close because of a tremendous fightback from the Fever in the fourth quarter, which saw them come from 14 goals down.

The Giants’ dominance was on show, particularly in the first quarter, as they pushed out to a 3-0 lead after having 65 per cent possession in the first four minutes, then stayed in front for the rest of the game.

The Sydney side’s standouts were usual suspects. Kim Green dominated the mid court and found her target in Jo Harten on several occasions, as the latter bagged 34 goals from 40 attempts. Susan Pettit, the Giants’ other shooter, scored 35 from 40.

It will be interesting to see whether the Fever use different tactics this weekend, particularly in the first quarter, to begin as dominantly as the Giants did last weekend. Their best quarter was the third and this was largely due to some changes made by coach Stacey Marinkovich, seeing Nat Medhurst, Kaylia Stanton and Ingrid Colyer rotated in the key attacking positions. Will we see this rotation come into play much sooner than it did last weekend?

One thing is certain – it is a game not to be missed. These have been the best two teams all season and, in a way, it is a shame we will not see them battle against each other in the grand final.

However, one of these teams will play the winner of the minor semi-final, between the Queensland Firebirds and the Sunshine Coast Lightning, in next weekend’s finale.

I’ve got my fingers crossed the Giants get the win – not just because I am a big fan, but also because it would be a fitting way for Susan Pettit to end her career. Susan announced her retirement several weeks ago, after a career which saw her feature for the national team 71 times, as well as being a member of the Australian Diamonds’ 2007 World Championship winning team.

If you are lucky enough to have scored tickets, see you there – I’ll be wearing Giants orange!