An all-rounder from Zimbabwe

Kevin Malcolm Curran was born in Rusape, Rhodesia in September, 1959. Tall and well built; he showed promise as a cricketer from his school days and, in time, he developed into a fine all rounder playing regularly for Zimbabwe – the strongest associate member during the 1980’s.

He represented Zimbabwe in two world cups, but I mostly remember him for his fine all-round display against Bangladesh during the 1982 ICC Trophy. His superb performance completely shattered the Tigers’ hopes of causing a big upset.

The Bangladesh team, led by wicketkeeper-batsman Shafiq-Ul-Haq Hira, did well in the group stages to finish runners up behind Bermuda. Despite seeing two winnable games against Singapore and Fiji washed out, they defeated the Netherlands in the crunch game to secure their place in the first semifinal.

Unfortunately, their opponents, Zimbabwe were far superior to them in every department of the game. Nevertheless, with the top order finding their form against the Dutch, they were confident about putting up a good fight. But, their plans were destroyed by the charismatic all-rounder; Kevin Curran.

Things started badly for the Tigers when Nazim Shirazi, the young opener, fell for a duck. Others followed in quick succession but the two veterans, Raqibul Hasan and Jahangir Shah Badshah, started the recovery with a solid fifth wicket stand.

Raqibul, who started his first class career in the 1960’s (in fact he was the 12th man for Pakistan in a Test match), was never totally suited for one day cricket. But, he had the best technique among the batsmen.

Here, he was well supported by ever reliable Badshah. It was a shrewd move by the skipper to send him at number six, ahead of the specialist batsman Sadrul Anam. He had excellent temperament for big matches and here it seemed the Raqibul-Badshah partnership would flourish.

The runs were not coming quickly, but on bowling-friendly conditions a score close to 200 would be quite challenging.

Curran mostly remained away from the action in the initial stages. Quite often during his career he took the new ball, but here he came as the fifth bowler.

Once in to the attack, however, he wasted no time. He bowled Badshah for 19 and then had Raqibul caught behind for 35. His next victim was the skipper Hira, comprehensively bowled for just one.

Hira was no rabbit with the bat, and quite often the Bangladesh tail made a vital contribution rallying around him. No such contribution came on this day, as the Tigers’ innings folded at 125.

Curran was the wrecker in chief with 4/31 from 12 overs. But, he wasn’t finished yet.

Chasing a small total, Zimbabwe lost their wicketkeeper David Houghton cheaply, but then Curran came at number three. He smashed a quick-fire 44 and, with opener Jack Heron (63*), secured an easy eight-wicket victory for Zim.

They defeated Bermuda in the final and thus qualified for the 1983 world cup.

Most experts expected them to just make the numbers there, but they shocked everyone by beating Australia on the opening day.

While skipper Duncan Fletcher became the hero with a fine all round show, Curran also played his part. First, the sixth wicket stand of 70 between Curran (27) and Fletcher (69*) started the Zimbabwean recovery. Then, Curran bowled economically and picked up the big scalp of Allan Border.

Although they failed to build on this success, Curran continued to perform admirably. He finished strongly as a batsman, scoring 73 and 62 against India and the West Indies respectively.

He also took 3/65 against the Indians, although his fine all-round show at Tunbridge Wells was overshadowed by Kapil Dev’s 175*, who repaired the Indian innings after the Rawson-Curran new ball attack had restricted India to 5/17.

He also participated in the 1987 world cup and, while he was struggling badly with injuries, his importance to the team saw him play five of the six matches. Sadly, the injury hampered his performance.

Nevertheless, he produced an impressive display against the Aussies at Chennai, taking 2/29 from eight overs and then top scoring in the Zimbabwe innings. His innings of 30 included three massive sixes as he went after the debutant spinner Tim May.

His bowling action reminded me a bit of Jeff Thomson’s. He seemed quite relaxed in his run up, gaining little or no momentum. Most of the pace would come with the slinging delivery action.

While he didn’t possess the same level of pace as Thommo, he still had the pace to make the batsmen hurry their stroke – and this was especially true when he was taking the new ball.

The country made their Test debut in the autumn of 1992 and, normally, Currnan’s name would have been towards the top of the team list.

But, by that time, he had settled in England, having played for a decade with great distinction in the country circuit with Gloucestershire and Northamptonshire. 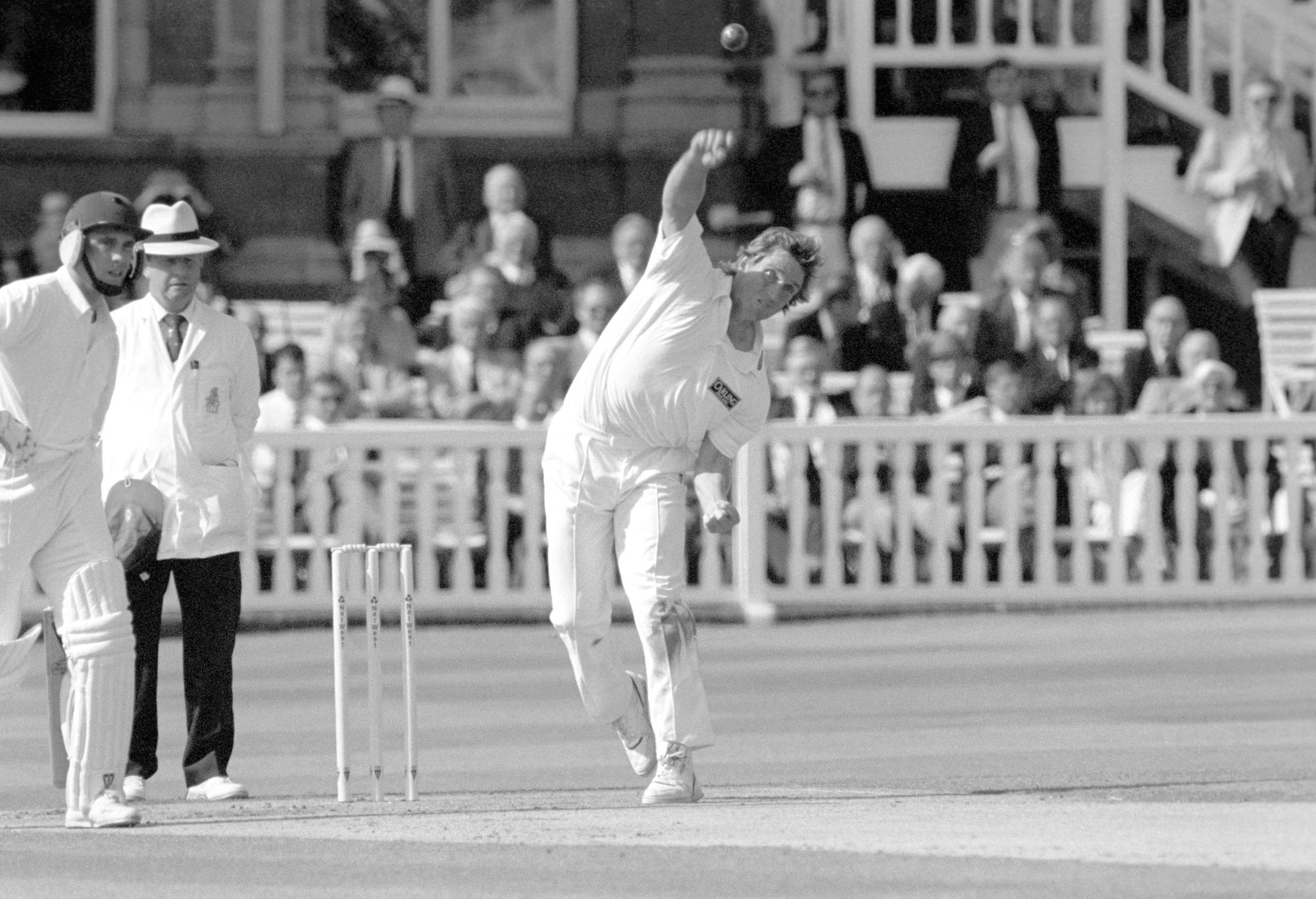 Kevin Curran of Zimbabwe, bowling for Leicestershire.(Photo by PA Images via Getty Images)

Playing for Gloucestershire as an overseas player at the time wasn’t easy, with memories of Mike Proctor and Zaheer Abbas still fresh in the fans’ memory.

Thus Zimbabwe’s premier all rounder never played Test cricket for his country. But he served cricket well in different capacity. For a couple of years he was the national coach and later was in charge of the national cricket academy.

And of course, the Curran family has now become a familiar name in English cricket. Sam’s all round display at Edgebaston certainly promises great things for him in the future, and England certainly need him with the James Anderson-Stuart Broad combination already past the decade mark and Ben Stokes getting heavily involved with off-field activities.

While the current generation of Currans are becoming an integral parts of England’s cricketing future, for most cricket lovers in Zimbabwe, there is only one Curran; Kevin Malcolm Curran.

It’s a pity he played only 11 ODIs and no Tests. If he had the opportunity to show his talents more properly in the international stage, then his name would have been mentioned alongside the very best. He certainly has a claim to be in the list of the greatest cricketers never to play Test cricket.