Wallabies should be ashamed of last night's Bledisloe drubbing

If it wasn’t for David Pocock last night, the All Blacks could have declared midway though the second half.

The final scoreline of 38-13 flattered the Wallabies, with Pocock the only one in gold who never gave an inch for 80 minutes. I didn’t see him miss a tackle in 118, but his teammates managed to miss 40.

The All Blacks missed 11.

If that stat wasn’t bad enough, the men in black ran 731 metres to 440. Talk about one-way traffic.

But it gets worse. Thanks to their bumbling, the Wallabies had only 44 per cent possession and 45 per cent territory. The pain continued with the Wallabies giving away nine penalties, six of them from scrums, where they were totally outplayed, and in the process the Wallabies lost seven lineouts on their own feed.

Stuff Wallabies hookers feeding lineouts when they can’t hit an elephant on the backside from five metres.

Turn the clock back to when wingers fed lineouts – at least they have ball sense and can find their target. 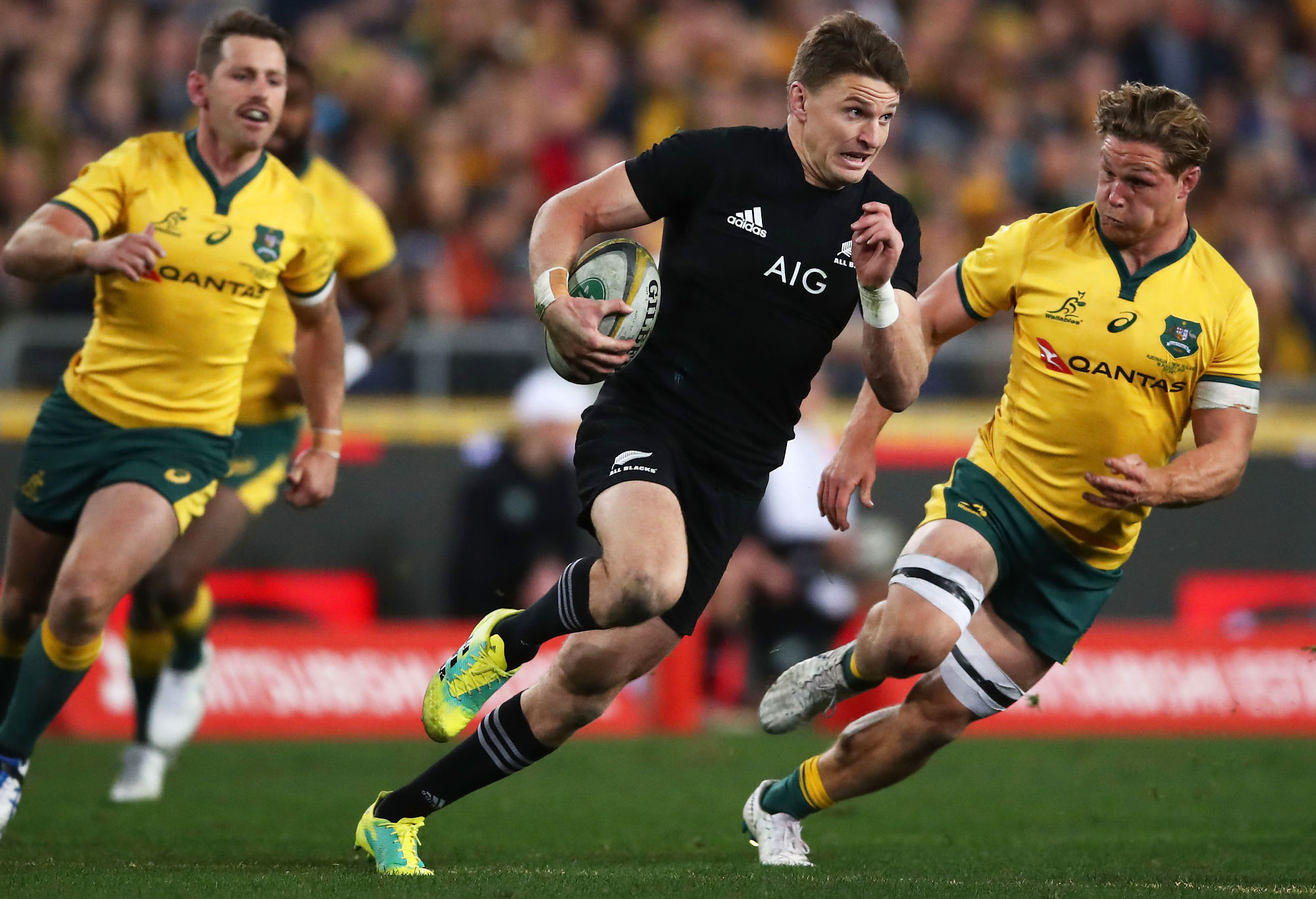 Yet the Wallabies led 6-5 at the break, again failing to defend their line in the last minute when halfback Aaron Smith crossed. And they repeated the dose in the second half, allowing centre Jack Goodhue over inside three.

Down 12-6 became 26-6 before winger Jack Maddocks scored on debut, the Wallabies only five-pointer. But I lost count of how many they bombed.

Little wonder Wallabies coach Michael Cheika had his head in his hands watching helplessly from the stand with his charges, Pocock apart, an embarrassment to the 66,318 spectators who had parted with their hard-earnt to watch that rubbish.

Even the always reliable halfback Will Genia took an age to clear, something you’d expect from Nick Phipps. As a result the Wallabies backline was constantly cut down well short of the advantage line thanks to Genia’s slow service.

And why has pivot Bernard Foley adopted the ‘no look’ pass and is not finding his support by radar?

For Cheika it was a 41-minute nightmare, and no doubt he’ll cop plenty from the keyboard warriors when it was his troops firing blanks who were at fault.

His problems increased when fullback Israel Folau limped off with a left ankle injury late in the second half. How serious it is will be decided after scans this morning, but he left ANZ last night on crutches.

Centre Kurtley Beale switched to fullback and benchman Matt Toomua, back in the fold after his overseas stint, took Beale’s spot. That could well be repeated for Eden Park next Saturday, where the Wallabies must win or the Bledisloe Cup drought will enter its 17th year.

Aussie faithful making the annual trip to the All Blacks fortress next week will be hoping the Wallabies regain their mojo. It went AWOL big time last night, and it’s worthwhile repeating with the exception of David Pocock.