A changing of the guard? Analysing the potential European Ryder Cup team

Winning eight of the past 11 tournaments, the Europeans have dominated the Ryder Cup over the past two decades.

Europe last lost on home ground in 1993, an event many of the current European squad would barely remember given they were toddlers and barely walking.

This year the Ryder Cup will be held at Le Golf National in Paris, marking only the second time the Ryder Cup has been held in continental Europe. However, despite the domination of the past, the Europeans come into the event less favoured than the Americans.

After losing the last Cup 17-11 at Hazeltine, rookie captain Thomas Bjorn will look to once again display European dominance and bring back the Ryder Cup.

Let’s take a look at how the current European squad is shaping up with only a few weeks left to prove they deserve a spot in the 2018 team. Eight players will automatically qualify through the points systems, which is finalised on 2 September. The remaining four captain’s picks will be selected shortly after by captain Bjorn to make up the 12-man squad.

All but locked in

After winning the Open in impressive fashion alongside a number of other victories this year, Italian Francesco Molinari is having the best season of his career. His accuracy and stunning ball striking will also be a strength at the tight and stern test at Le Golf National.

English veteran Justin Rose, ranked fourth in the world, will be making his fifth Ryder Cup appearance. With a 9-3-2 record in past Ryder Cups and in good form, Rose will be a leading face of the European side.

Tyrrell Hatton will be making his Ryder Cup debut. The 26-year-old Englishman has not won this year so far and is yet to contend seriously on the world’s biggest events. A man many Americans know little about, his fresh face could be an asset as he is one of the most consistent performers on the European tour.

Tommy Fleetwood will be another young English Ryder Cup rookie at only 27 years of age. Having won at Le Golf National in 2017, he is already familiar with the venue. Currently sitting third on the Race to Dubai rankings and 11th in the world, Fleetwood, who finished second at the US Open in June, showed he has the ability to perform on the big stage and looks to be an outstanding rookie for the European squad.

Rory McIlroy, ranked seventh in the world, looks to once again be the poster boy of the European Ryder Cup team in his fifth appearance. After finishing T-2 at the Open and T-6 at the WGC-Bridgestone, McIlroy will look to continue his form into the event. The Americans will have difficulty finding someone to match Rory’s game should he turn it on.

The 23-year-old Spaniard Jon Rahm looks to be a future star of the Ryder Cup team and will try his best to display his impressive skills in his rookie outing. Ranked fifth in the world, Rahm’s game is suited for a Ryder Cup, where making birdies and eagles is a must. 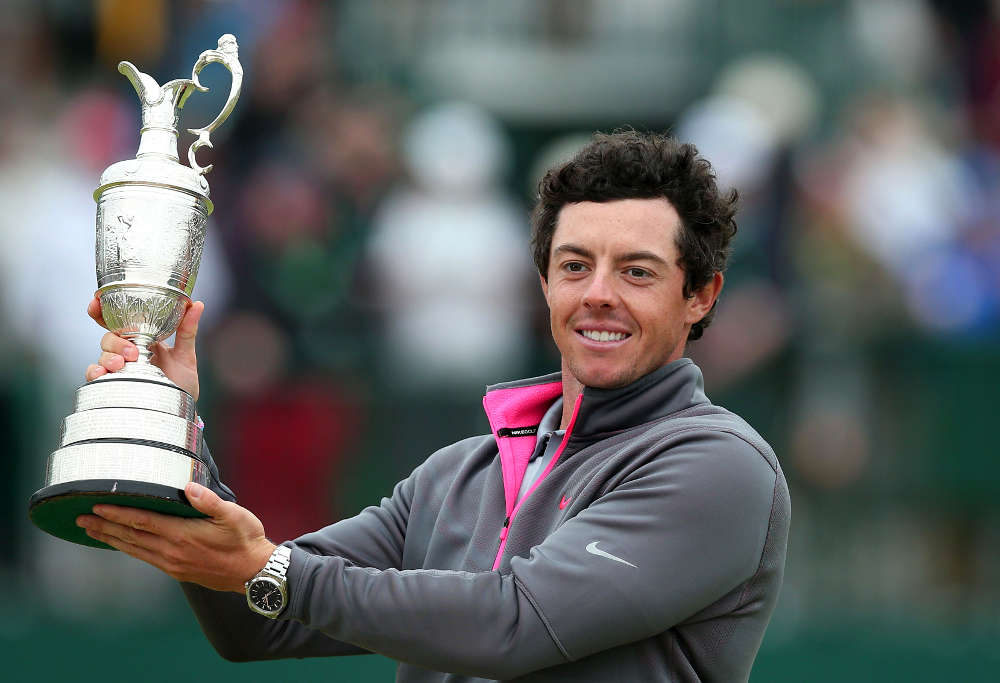 Alex Noren
At 36 years of age Noren looks likely to be making his Ryder Cup debut later this year. The Swede, who is ranked 13th in the world, won earlier this season at Le Golf National, providing a strong sign to captain Bjorn that he is confident around the course. Come September he may be a dark horse that surprises many and steals points from the Americans.

Paul Casey
The 41-year-old Englishman has had an outstanding year, rising to 15th in the world. It would be Casey’s fourth Ryder Cup. His last appearance, however, came a decade ago in 2008. Casey is suited to a tough ball-strikers course, such as this year’s venue. Combined with needed experience for the European squad, Casey looks like a player required for this year’s team.

Outsiders who need to get hot

Thorbjorn Olesen
The young Dane has had one of the best years in his career, rising to 41st in the world. He is currently standing just one spot out of automatic qualification for the Ryder Cup, but when looking at other potential picks his case for selection becomes weaker.

Many other options are higher in the world rankings and another rookie may not be what captain Bjorn is looking for. So what’s in his favour? He does share the same nationality as captain Bjorn, but solid performances are what is required.

Henrik Stenson
The 42-year-old Stenson has had a poor season compared to years prior, which is why he sits so far outside the automatic qualifiers at 16th in world points but still manages to stand at 19th in the world. This would be Stenson’s fifth Ryder Cup, so his experience would be a strong factor warranting a selection. Furthermore, the steely eyed Swede is a proven player under pressure and will likely be paired with one of the many rookies as a calming influence. 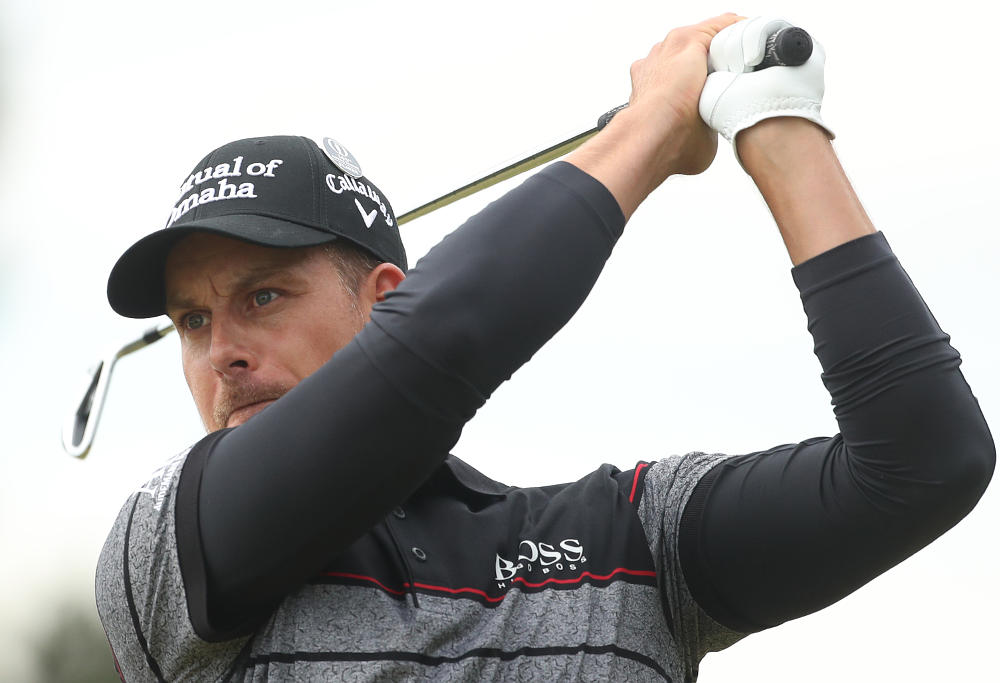 Sergio Garcia
The Spaniard has had a very poor year by his standards, currently standing 131st in the FedEx Cup while falling to 25th in the world after reaching the top ten last year. Garcia, however, is renowned for coming alive in a Ryder Cup, and this year’s event would be his ninth appearance, far more than anyone else on the squad. But it is likely Bjorn will need to see a shift in form from Garcia to warrant his selection when there are so many other good players pushing for inclusion.

Ian Poulter
like Garcia, Poulter is a man who lives for the Ryder Cup. After five appearances, he missed out last time in 2016, and the Englishman’s drive to make the team this year has been immense. Victory this year on the PGA Tour was his first win since 2012. He looks in great form. If Poulter were to make it to Paris, he would be the passionate heart of the team as he has been in years past. He would surely get the European squad and fans fired up, a heavily desired resource for captain Bjorn.

Rafa Cabrera-Bello
At 34 years of age Cabrera-Bello is attempting to make his second appearance in the Ryder Cup after not having lost a match in 2016. The Spaniard is yet to win this season, but two top-five finishes in WGC events this season while currently standing 28th in the world poses a strong case for a selection. Having played the course a number of times in the Open de France, his experience is another asset that Rafa can push to warrant a selection.

Matthew Fitzpatrick
The 23-year-old Englishman who made his Ryder Cup debut in 2016, like Cabrera-Bello, has the desire to make the team for a second consecutive time. After having a solid if unspectacular year with no victories, Fitzpatrick now sits 43rd in the world.

Should he make the team, he would join a group of other young Englishman, which could lead to a great combination of partnerships if Bjorn sees fit. However, after recording two losses from two games at the 2016 Ryder Cup, he needs to play some great golf to warrant a selection.

With a number of rookies on the team this year securing their spots through the rankings system and many of the big names of past Ryder Cups looking in from the outside, this year’s European team has a different look than years gone by.

However, the talent of these players is no less than that of previous tournaments, and they will be putting in everything to recapture the Ryder Cup.