As the Giants, the most interesting challenger, let go of their hold on the top four – fittingly cruelled by one injury too many – something became clear about those below Richmond set to play finals: these teams are all the same.

In between them Hawthorn, Sydney, Greater Western Sydney and Melbourne can all join that conversation of uncertain, disappointing parity.

Maybe one of these teams will find God, or a plan to stop the Richmond Tigers.

Collingwood holds no fear of the MCG, Alastair Clarkson holds no fear of any other human brain, and Patrick Dangerfield, Gary Ablett and Joel Selwood around stoppages might be the competition’s best hope against Richmond (although the Tigers don’t care about stoppages, so maybe not).

The challenger should have been the other team in all this – the Eagles.

Since the Saints embarrassed the Tigers in that bizarre Round 16 game last season, other teams have beaten Richmond but the Eagles were the only team to ‘handle’ them.

This year’s Round 9 demolition job in Perth announced the West Coast as the biggest threat to Richmond’s throne.

It was only one game – one game that meant much more to one team – but it laid a blueprint, and emphasised what made West Coast such a formidable opponent, especially to the Tigers.

The Eagles neutralised Richmond’s pressure with a precise, devastating possession kicking game, using the ball by foot almost twice as often as they used it by hand.

The Tigers couldn’t get a hold of them, laying just 42 tackles. The Eagles weren’t chipping it around playing keepings off either.

They were incisive with their ball use, using it quickly and accurately, counter-attacking like high-IQ madmen and put up 130 points on just 45 inside 50 entries – an absurd rate of attacking efficiency.

They looked strong in every phase: elite intercept markers and ball users in defence, a game-breaking ruckman and an ensemble of tough nuts and polished skill-men in midfield, and the competition’s most frightening forward set-up, with behemoths Jack Darling and Josh Kennedy aided by artists Mark LeCras and Willie Rioli.

It was a performance that felt like a prelude to the most meaningful of sequels.

But if the Eagles meet the Tigers again, the cast will be completely different and the movie will probably be ruined. It won’t quite be Jason Patric in Speed 2, but it almost certainly won’t be enough.

You know the missing. Nic Naitanui and Andrew Gaff are done, one by virtue of ugly luck, the other by losing his virtues in the ugliest moment. 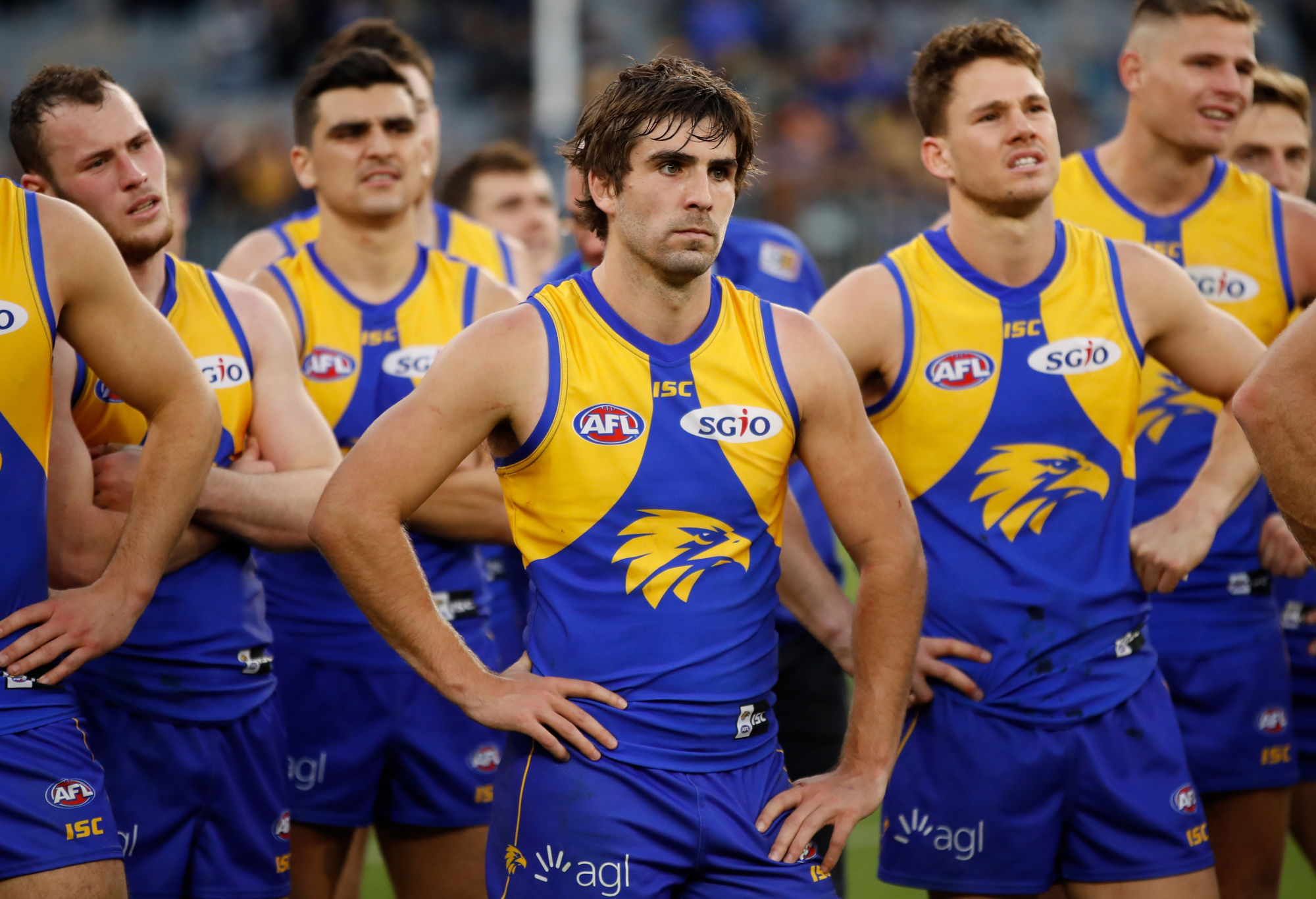 Josh Kennedy is a question mark, but even if he becomes an answer of sorts, the absence of Naitanui, but especially Gaff, has left this team too short.

The Dees’ loss on the weekend was perfectly instructive. Despite losing a game by 17 points at home to a lower-placed team, the Eagles were in a lot of ways the more impressive team.

They were relentless, refusing to die, grinding their way back into the match and then eventually taking the lead, a testament to their structure, discipline and physicality.

They sacrificed their bodies, used the ball intelligently, and were decisive with their opportunities in front of goal.

But they just didn’t have the firepower to match Melbourne, and in the end, the Demons’ attacking talent shone through, irrepressible in the dying minutes.

Melbourne, for all their flaws, on the day and on the season (it is so easy to move the ball on them), won the game in a collection of talent advertisements, but the talent edge was such that it felt like they were the better team.

It was an ominous defeat – a team with premiership aspirations shouldn’t be getting out-talented at home by a Melbourne team absent Jesse Hogan, Jake Lever and Jack Viney.

The caveat is that the Eagles didn’t have Kennedy or Darling, the two players who give the team its attacking identity. Nathan Vardy as key focal point is a bad dream.

But Kennedy and Darling can’t cover Gaff, and without their star midfielder, right now there’s way too much Dom Sheed, Chris Masten, Jack Redden and Mark Hutchings about the Eagles.

Too heavy a burden is falling on the shoulders of Luke Shuey and Elliot Yeo to be game-breakers in the middle, and the team is missing Gaff’s run and class to no end.

If the Eagles win on the weekend, they will secure a home qualifying final, the ultimate prize of the home-and-away season.

With no one below them overly intimidating, a significant home advantage, and a healthy Kennedy, they will enter September as the team outside of Richmond most likely to make the grand final.

But that’s if they get past Brisbane in the first place, which is no sure thing. And that, really, despite Brisbane’s improvement, says it all about the 2018 season.

In a game they absolutely need, the team that was supposed to be Richmond’s main challenger is now less than a two-goal favourite against the Brisbane Lions.