Thank you or farewell?

On the way to work this morning, I was reading the news and shaking my head at the crass selfishness displayed by the people we trust to be our leaders. For relief, I went to sport.

One link led to another until I hit the headline about the death of Lance Thompson.

But for some reason, it still shocked and it still hurt.

So I’ve been ruminating most of the day about why I had this instinctive reaction for someone I don’t know and have never really had any emotional investment in.

Except the longer I thought, the more I realised I did and do.

Whether we love or loathe these blokes, whether they wear our colours or are up against them, they all push themselves further than we ever could.

They do it so we can wave our flags, drink our plastic cup beers and feel a societal belonging that’s getting harder to come by.

Of course, they get their fame and fortune and everything that goes with that. Have we thanked them all? I don’t know.

I thought I was farewelling Johnathon Thurston but now realise I’m just saying thank you. In the same week, the mob is baying because Andrew Fifita got fired up after a match-turning try. 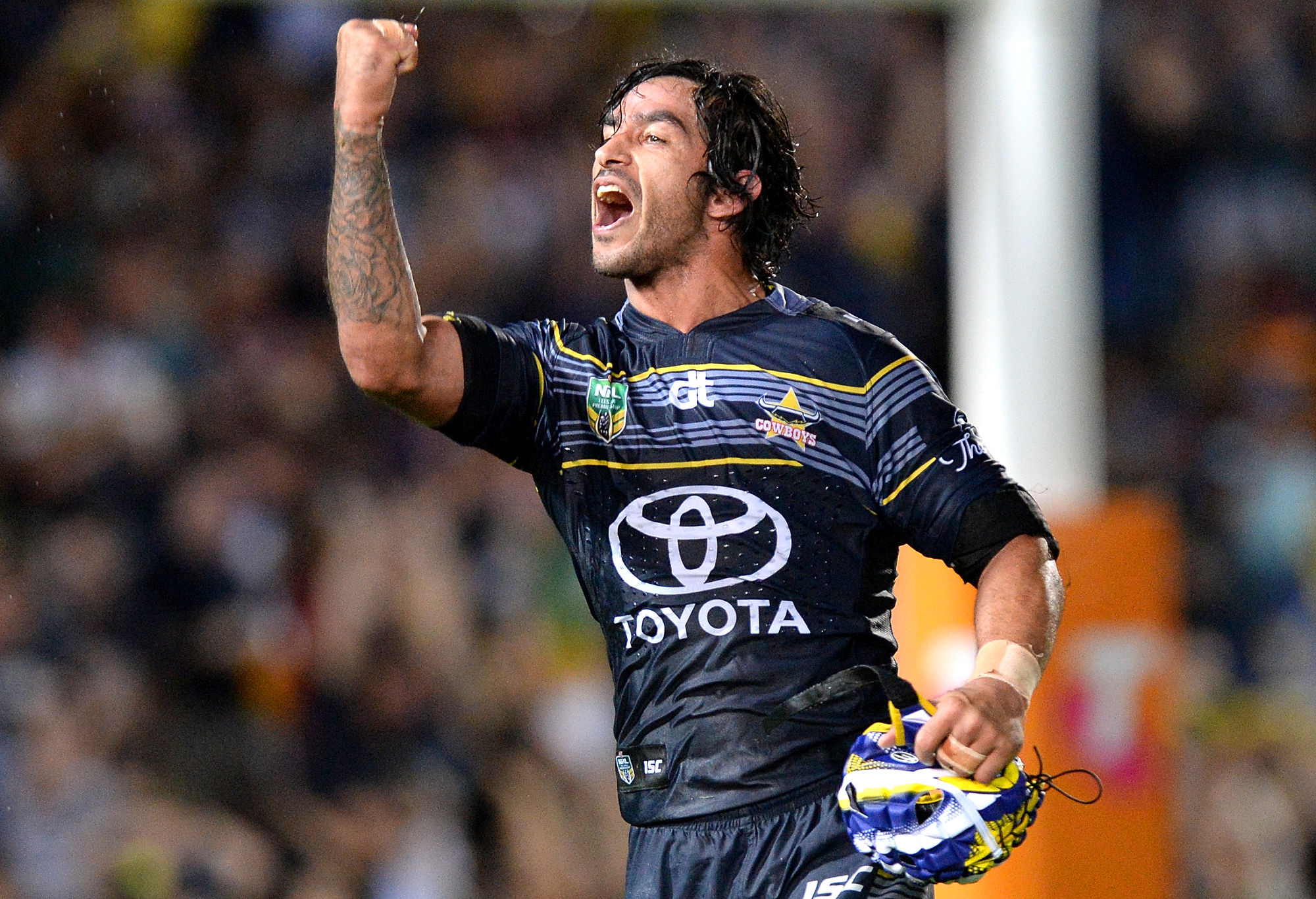 I know I’m running a fine line here. In light of this weeks news, right or wrong, I feel like I haven’t appreciated Thompson as much as I should.

But does that mean I now judge Fifita by the standards Thompson set or should I just acknowledge the nong for what he is and admire what he does while I can?

Would I rather see the better man playing football or the better footballer become a man? Does it even matter?

Then on top of all that, we’ve had John Hopoate in the news again.

It’s all too much for me to process in seven days.

All of these guys have wrecked themselves week in and week out for my entertainment. For years I’ve sat at the ground, on the lounge or in the car, and cheered them when they pleased me and booed when they didn’t.

Do we owe them more than that? What, if anything, do they owe us?

Like, love, respect, loathe – I guess there’s a line for all of us. Nobody’s right if everybody’s wrong.

Thank you and farewell.