What type of batsman are you?

Recently, I was having an intense discussion with a colleague over who they thought was the greatest modern batsman of all time.

Knowing that it would become an open-ended answer that was bound to start a heated debate, I asked anyway because I wanted to find out what criteria they had for a cricketer to be a great in their eyes.

For some, it was a purely statistical and numerical evaluation, whereas others reminisced over the way certain batsmen played or performed in key matches which affected them on a more nostalgic level.

Others I discovered admired some batsmen primarily on their character, grit and the unique personality they brought to the game.

While it appears as though batting has gone via a completely explosive route now thanks to arrival of Twenty20 cricket, it is important to remember the other types of batsmen that truly make cricket the spectacle that it is. The game would certainly be poorer without them.

Without further ado let us reflect on some of these wonderful wielders of the willow.

They have no respect for the bowler and sometimes for the game itself, yet they never fail to provide the rockstar entertainment that cricket needs. Whether they score a hundred or a make a duck, the beauty of the big hitter is that they will never die wondering – and they’ll exhaust every possible part of the boundary before heading back to the pavilion.

Most of today’s young batsmen fit into this criteria thanks to the mindless hitting encouraged by the game’s shortest format, however the vintage exponents of this batting style had a certain aura, swagger and bullish confidence that had bowlers fearing for their lives.

Viv Richards and Javed Miandad were incredible master blasters of the 70’s and 80’s who could take you to all parts of the ground with considerable force and power.

Later eras saw the likes of Dean Jones and Ian Botham hitting boundaries as easily as taking candy from a baby, giving all batsmen a chance of survival and hope in a time when bowlers reigned supreme. 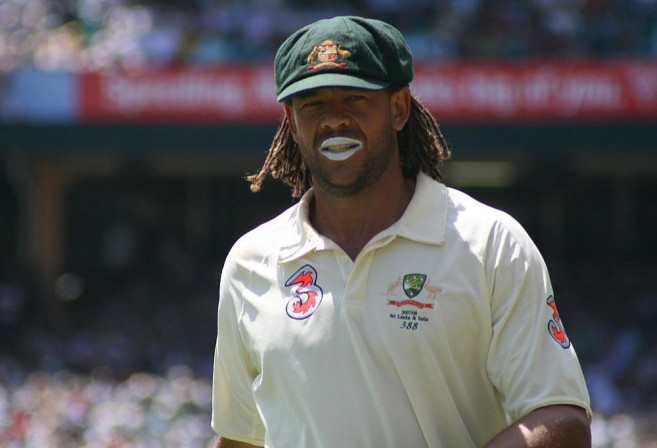 The style of explosive batting received a further facelift when Sri Lanka’s Sanath Jayasuriya and Romesh Kaluwitharana stunned the cricket world with their quickfire scoring, effectively handing the island nation their first ever world cup title.

The Virender Sehwags, Chris Gayles, Adam Gilchrists, Andrew Symonds and Kevin Pietersens of the modern era then ruthlessly carried on the tradition of big hitting, with the arrival of Twenty20 providing the most ideal platform to unveil their destructive scoring in full force.

This batting style is akin to the harmonious purring of a Rolls Royce engine. With the same satisfaction one feels when viewing a perfectly tiled floor layered in a chessboard design, watching a batsman of the elegant variety can be an immediate cure for a headache or an ideal stress reliever from a long day at the office.

These batsmen do not just ooze class, timing and immaculate strokeplay, they seem to be able to make cricket look like the easiest and most languid game to play in the world.

They hold the bat like a magic wand, as though the spell cast on the ball is one aimed to make them look marvelous no matter what the situation.

The strokemaker is effectively cricket’s version of an artist or poet; every shot exemplifies romance, beauty and an insatiable desire to be replayed on repeat just to get a glimpse of the enchantment in motion.

England’s David Gower and the Indian maestro Sunil Gavaskar were wonderful batsmen who embodied this batting style with much finesse and panache.

Later years saw the likes of Greg Chappell and Clive Lloyd play some of the most gorgeous shots – you would have thought the ball was sliding on ice.

The 1990s saw a plethora of classy batsmen make their mark on the international stage, with the likes of Ricky Ponting, Jacques Kallis and Younis Khan eager to show off their dazzling strokeplay.

Left-handed batsmen have always naturally appeared to look more elegant than their opposite number, and Kumar Sangakkara is no exception. Can there be anything more pleasurable than that delicious cover drive?

If cricket ever had the equivalent of a bookish, overachieving nerd who sits in the front row of every class, the technical batsman is your answer.

These guys live for the motorised ball machine. The coaching manual is their Bible. Always the first to show up to training, and the last to leave, the textbook batsman is one who is difficult to dislodge purely because his forward defence is as impenetrable as a bullet-proof vest.

They have been drilled on the virtues of playing in the ‘V’, having the elbows up high, keeping the head down and above the ball, and knowing when to transfer the weight from the back foot to the front foot to execute each shot correctly.

They are the coach’s pet and a bowler’s worst nightmare, as their near-perfect technique allows little room for error. They are disciplined not just in the ways of orthodox batting but also in the mind, and have a penchant for long hours of concentration and stamina at the crease.

They may not always be beautiful to watch but you can be assured that they will hang around long after the strokemakers and big hitters have departed.

Famous stalwarts of the technical variety were Geoff Boycott, Hanif Mohammad and Gordon Greenidge, batsmen who knew how to thrive in all conditions due to their impervious discipline and powerful mental strength at the crease.

India went on to produce a number of magnificent, technically sound batsman, of which the great Rahul Dravid deserves an honourable mention. Often nicknamed the ‘Great Wall of India’, Dravid’s bat was so straight you could get a protractor and measure it to be exactly perpendicular with the pitch.

As always, Sachin Tendulkar reigns supreme and many believe that he has arguably the best international batting technique of all time.

The weird, unusual a downright ugly

When Pablo Picasso famously remarked that “every act of creation is first of all an act of destruction” this crop of batsmen seemed to take his words almost literally.

The unconventional and unorthodox batsman is by far a most peculiar breed; they are alien on the eye, impossible to set a field to, yet score runs as quickly and as effectively as the big hitters while showing blatant disregard to any standard method on textbook batting.

Their dilscoops, cheeky reverse-sweeps, helicopter shots and paddled deflections continuously rebel against any wisdom on how to bat properly, because they have accepted being the Apple iPhone of modern run scoring.

Constantly updating their software by creating new and innovative shots designed to give every fielding captain a throbbing headache, the anomalous batsman is an entrepreneurial character who not only goes against the grain with the way he hits the ball, but also through the way he holds his bat and stands at the crease. 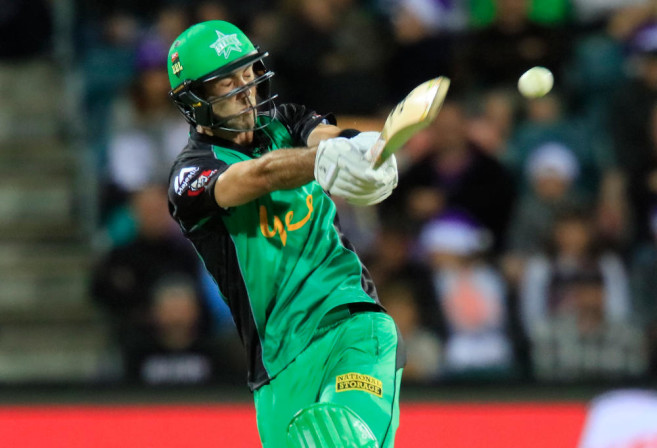 Quite simply, everything about these guys is just plain weird.

Meet Shivnarine Chanderpaul. Standing front on at the wicket, and approaching the ball like a scuttling crab, the left-handed West Indies legend has managed to successfully find a method that has earned him over 10,000 Test match runs despite many purist commentators labeling his batting style as ‘ugly’ and ‘difficult to watch.

Australia’s 26-game winning streak is over after some more late drama. Nicola Carey looked to have caught and bowled Sneh Rana only to have overstepped the crease – before Rana then turned the game in India’s favour. 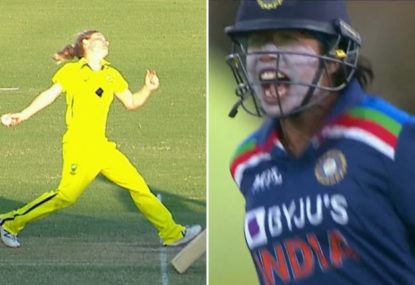 Stella Campbell’s throw from the outfield came in with an awkward bounce, which required Molineux to leave the field for treatment. 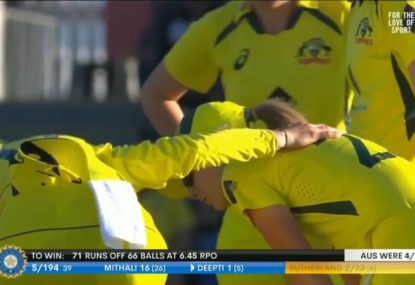 You can’t be dropping these! 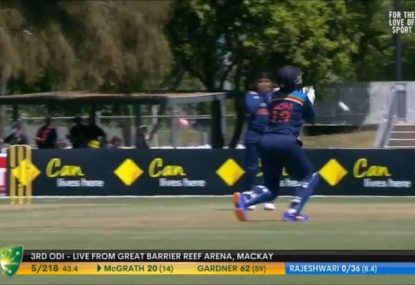 How has he managed to survive that! The Delhi Capitals remain on top of the IPL table after defeating the Rajasthan Royals by 33 runs. However, both sides could do with some fielding practice. 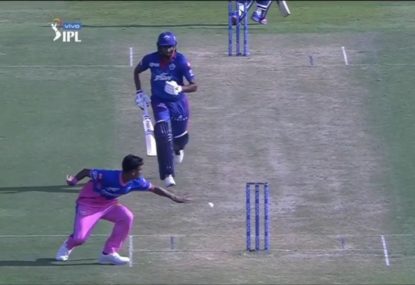 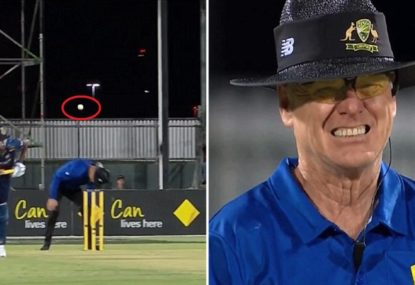