How indiscipline is killing the Wallabies

The Wallabies started the year positively with a win over Ireland in the first test in June, but since then it’s been all downhill, and now 2018 is in the balance.

A few more losses and 2018 will be chalked up as a failure.

The major thing holding back the Wallabies is the indiscipline that creeps into all aspects of their game. Indiscipline effects not only their attack and defence but also the way they’re perceived by others in the rugby world.

The Wallabies attack has been riddled with errors. They have had several try-scoring opportunities but have lacked the discipline and class to finish them. Whether it be a dropped ball, pushed pass or a case of white line fever, the Wallabies have found a way to stuff it up.

This has been the major difference between the Wallabies and All Blacks. The Kiwis’ ability to score every time the opportunity arises is incredible. Of the ten chances they have, they will score eight, whereas the Aussies may get five on a good day.

The key to the All Blacks’ finishing ability is their speed. When a turnover occurs their skill to spread the ball through forwards and backs alike is crazy. Time and time again Brodie Retallick and co have stripped the ball, and within two passes the ball is in the hands of the All Black danger men and away.

They also have pure leg speed in their backline, unlike the Australians. When Beauden Barrett or Waisake Naholo makes a break they can go all the way, but when Bernard Foley or Kurtley Beale do the same they can be easily caught in the backfield.

The indiscipline of the Wallabies creeps into their defence as well. Early in both Bledisloe Cup games this year they have looked good. They were coming up together and hitting the All Blacks on or behind the gain line, but as the game went on, they slipped off.

Saturday night was especially bad, with the Wallabies making 120 tackles and missing 42. That meant that one in every four tackles was missed.

Part of the problem here is some of the Wallabies forwards constantly looking to put a big shot on and stamp their dominance on the game. This leads to missed tackles, with players bouncing out of tackles and still posing a threat. The Wallabies forwards should take a leaf out of Brodie Retallick and Sam Whitelock’s book and be dominant through their work rate and countless involvements in the game.

The Aussie defence is also incredibly slow to react to turnovers. When the turnover occurs they are slow to set up, leading to mismatches in the line and a disjointed defensive line. This has been exploited several times by the All Blacks and will continue to be utilised by the top teams in the international scene.

Finally, the Wallabies’ indiscipline effects how others see and prepare for them. This was seen in the lead up to both Bledisloe matches, with the All Blacks sending countless barbs Australia’s way knowing that it would affect them and the way they played. 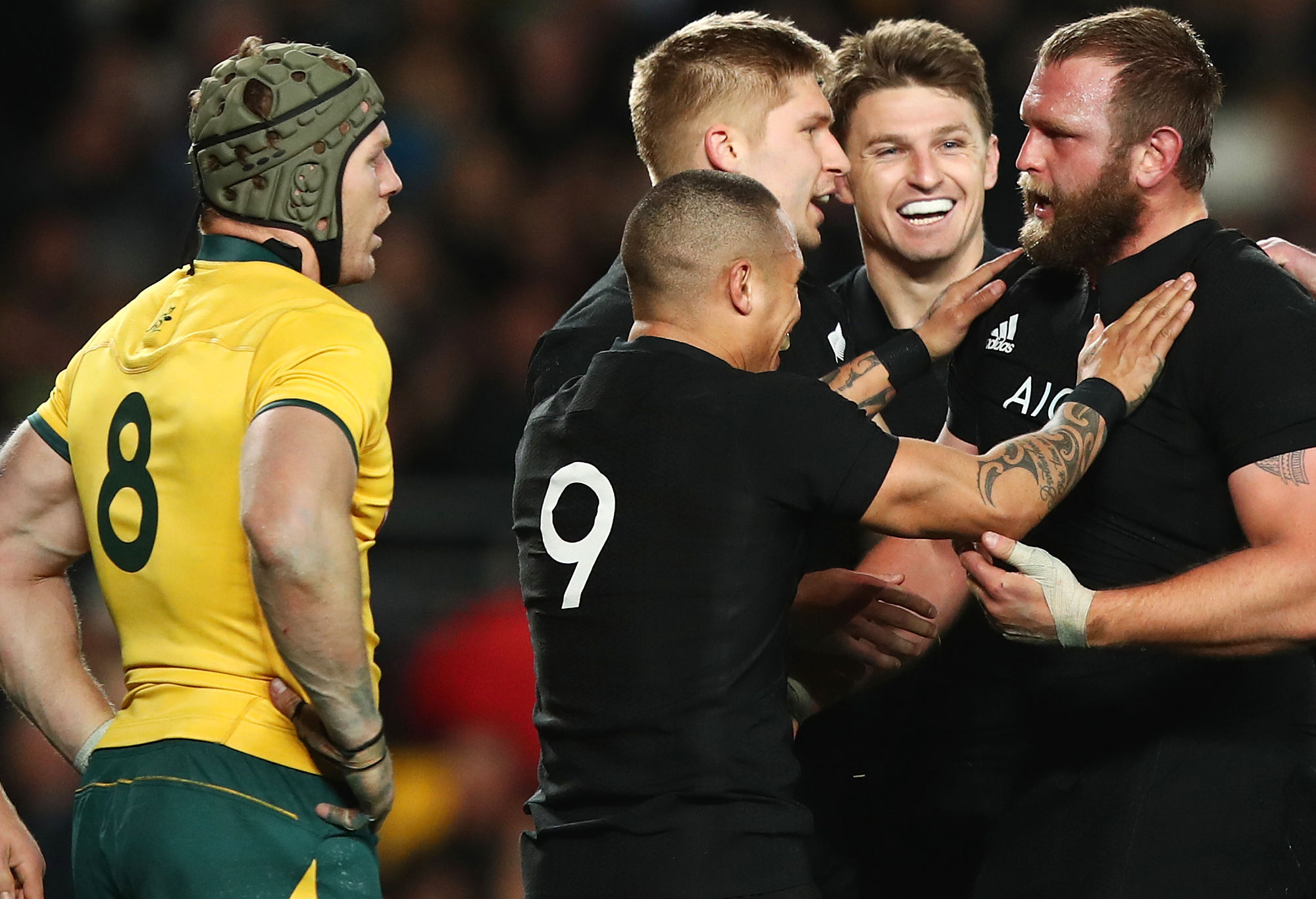 It seems the Aussies also have a horrible relationship with every referee around the world. This poor relationship is the fault of their poor behaviour and attitude towards referees. The captain is meant to try to win the referee over by being respectful and smart in how they talk to them. Unfortunately the Wallabies have struggled with this for a while, with Stephan Moore, David Pocock and Michael Hooper all being poor in this aspect of their game.

The rest of the side isn’t blameless, though. They seem to struggle to listen to the referee early and gauging what they can get away with. We saw this on Saturday, with Wayne Barnes being strict on players being taken out off the ball or past the ruck.

At one point Barnes spoke to Hooper about it, yet in the very next passage of play Adam Coleman was penalised for driving an All Blacks player well past the ball and ruck. These little things all build up and work against the Wallabies

The final aspect of how the Wallabies are seen is through the media. Here they lack again, and Saturday night was another prime example. In the press conference after the game Michael Cheika didn’t come out saying the usual, “Credit to the All Blacks, they were better than us tonight”. Instead he came out firing, blasting just about everyone in the room for asking reasonable questions about his future in the job.

This blow-up from Cheika seems to happen every time they lose and it paints a really bad picture of a team that is ill-disciplined from the top and can’t handle the pressure of test match rugby.