Manly will part ways with Trent Barrett after the coach “brought the club into disrepute” by expecting training equipment that wasn’t used in the war era.

The decision brings to a close a spiteful period of mud-slinging on the Northern Beaches, with both parties agreeing to a ceasefire after talks began to dangerously involve Peter Peters.

Manly and Barrett had been unable to reach an agreement after weeks of negotiations, even after engaging a third-party mediator in Dean Ritchie.

Both will now go behind closed doors to thrash out a settlement deal, despite receiving legal advice to continue amicably destructing their relationship in the public forum.

The agreement comes after the club discovered it couldn’t legitimately sack a rookie coach for not being presently successful and someone else, despite it working fine on Geoff Toovey. 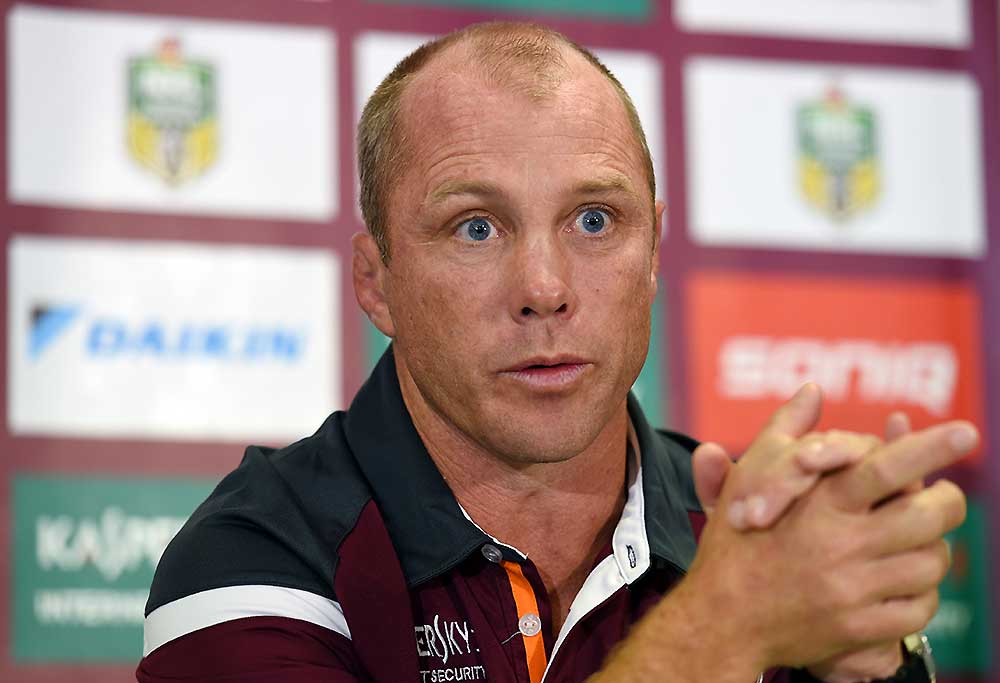 Alternatively, Barrett was informed he could not request a release just because the pair “couldn’t find common ground” simply because the club “literally didn’t have a ground”.

Tensions were initially flamed at Manly after Barrett conveniently blamed the club’s resources for a disastrous season instead of other factors within his control, like the Denver Test.

After the relationship became “untenable”, Barrett reportedly handed in his notice in June in a bid to urgently commence the de-radicalisation process of falling out with Bob Fulton.

Prior to this, he had made a raft of demands including:

Barrett had also requested additional staff to replace former assistant Willie Peters, who was allegedly forced to resign because he was unfortunately bullied at staff drinks.

However, the club denied Barrett’s accusations, claiming he was probably sacked because he was short and couldn’t take a joke.

Speaking from the club’s offices – which they claimed was a tent, but was actually just a plastic bag on a stick – a club official refuted the talk that Manly was grossly under-resourced.

He pointed out the large sums of money spent by owner Scott Penn on churning through CEOs like Australian prime ministers, while also confirming plans for a new Centre of Excellence to be funded using equity in Daly Cherry-Evans.

The official also renounced claims Mrs Barrett and her children were forced to clean the gym, mainly because the club didn’t have one.

He then stated the club were left with no choice following the saga but to bow to Barrett’s demands for an upgrade in standards, and did so by getting a better coach.

Manly will reportedly seek a fresh start with Barrett’s current assistant John Cartwright, with officials said to be encouraged by his pedigree in professional poverty after six years at the Titans.

However, Cartwright’s appointment could be delayed awaiting approval from the Manly supremo, with Wayne Beavis currently holidaying on his small Pacific island.

In response, Barrett is expected to hold another press conference where nothing is revealed unless it is as an unidentified source to the newspapers.