The title which appeared to be Sebastian Vettel’s to lose until sliding into the barrier whilst leading the German Grand Prix in July has descended into an outright unlikely occurrence following his latest slip up at Italy.

Lewis Hamilton emerged unscathed from the pair’s opening lap collision, benefitting from Mercedes unashamedly employing Valtteri Bottas as his ‘wingman’ to Kimi Räikkönen’s detriment, to claim victory, yet the result was secondary to representing another instance of the reigning champion maximising points whilst the German wilted.

Vettel’s resulting turn four spin was similarly clumsy to Hamilton’s failed overtaking attempt on Felipe Massa at the same corner in 2010 – resulting in his retirement and coupled with his subsequent non-finish following a collision with Mark Webber at Singapore, effectively curtailed his title pursuit that season.

“I guess Lewis saw his chance,” the German remarked, “but he didn’t leave me any room so I got spun around and couldn’t avoid what happened.” This blithe “steam train, coming through” sentiment doesn’t factor in his competitors’ dispositions and indicates an absence of awareness which has the ability to bite him hard.

Whilst the 31-year old recovered to fourth, the damage inflicted – here on Ferrari’s home soil, just as the wrench was considerable when Vettel committed his race ending unforced error in front of his compatriots at Hockenheim, was telling.

It’s undeniable that Mercedes has been rescued by circumstance several times this season, and not least when the rain hits as it did at Germany and in qualifying at Hungary, though it’s Ferrari’s inability to limit its losses when Hamilton, almost peerless in the wet, becomes untouchable.

Yet the mortality which many have been waiting years for the German manufacturer to demonstrate is being undermined more consequently by Vettel’s acts. Whether attributable to the aforementioned lack of foresight and his surroundings, an inability or an unwillingness to play the long game, or sheer desperation, the outcomes in these one per cent moments are becoming frustratingly predictable.

Blameless in his collision with Max Verstappen at China, Vettel can be forgiven for his mistimed lunge to reclaim the lead on the restart at Azerbaijan which could have gone either way – in a race he had controlled until Red Bull’s friendly fire.

Regardless, Hamilton’s unlikely victory at Baku could have retrospectively proven a crucial moment in the context of the championship.

Conversely, running into Bottas at turn one in France – necessitating a front wing change and earning him a time penalty, and his grid drop for blocking Carlos Sainz in qualifying at Austria – which arguably cost him victory, cumulatively relieved any pressure which his victories should have applied to Mercedes.

As in all team sports, it’s about the collective and to that end, Ferrari isn’t blameless for its current situation, which is coming frighteningly close to resembling the trajectory its campaign took twelve months ago. Once more, indirectly or not, Vettel’s failure to capitalise when the opportunities existed will shift the burden to Ferrari, and on the basis of last season, doesn’t bode well.

Questionable strategic decisions have crept back into its repertoire, a case in point being Germany – which had a chain reaction of Vettel cracking under unnecessary perceived threat, whilst simple errors such as a botched pitstop at Hungary denied Vettel any chance to attack Hamilton. 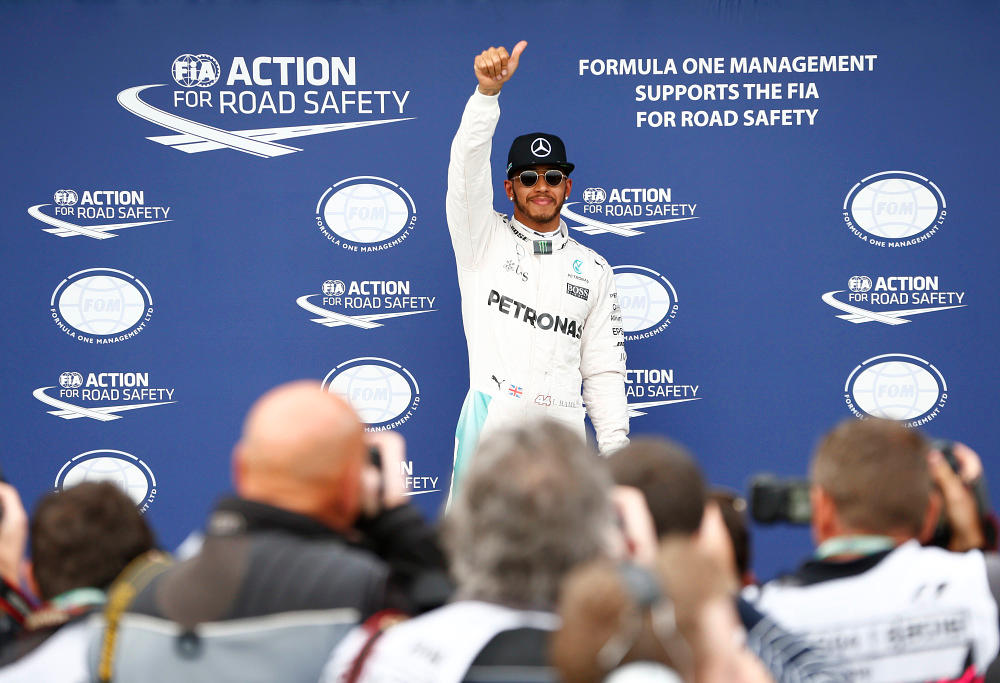 Räikkönen suffered at Monza on the weekend when he was called in too soon and found himself sandwiched between the sacrificial Bottas and Hamilton, destroying the Finn’s tyres and leaving him helpless in conceding crucial points to the latter which could have been avoided had Ferrari not blinked.

A constant since 2017 has been Ferrari’s tendency to make itself work for what should be a regulation victory, whereas Mercedes’, and more particularly Hamilton’s rare “off” weekends always optimise results. Individually, Hamilton has been a model of consistency this season with eleven podiums from fourteen starts, though more surprisingly, Räikkönen boasts nine to Vettel’s eight notwithstanding the Finn’s lack of victories.

That perceived pressure which Mercedes’ recent stranglehold has perpetuated, yet Ferrari accommodates of its own volition continues to make it its’ own worst enemy. The window to absorb the lessons of last season is rapidly closing in and for both the German manufacturer and Hamilton, merely remaining close at hand appears to be a sufficient route to the title.