ADAM TRELOAR: How a family-first attitude is helping me thrive at Collingwood

The best thing about moving to a new club is the leadership and experience you get from the older guys. When I did decide to come back to Melbourne, that’s why Collingwood ended up being the destination. It felt like a family club.

After touring the facility, meeting the physios, coaching staff and whatnot, it was hard not to feel appreciated. Once I’d met everyone, I knew this was the club I wanted to be at.

There was a footballing element to it too. The Pies’ list at the time didn’t have a great deal of players who specialised in breaking the line.

Of course, there was Scott Pendlebury, but Dane Swan was in the twilight of his career and Jordan de Goey was only just starting out.

Don’t get me wrong, I’ll always look back on my time at the Giants a thrilling part of my life, but it’s fair to say that when a bunch of us 17-year-olds moved to GWS, we didn’t know what we’d got ourselves into.

Playing in the NEAFL – while being based out of an RSL in Rooty Hill – we were as far from the MCG or AFL as possible. It meant we had to create the foundation – and the family – ourselves.

I’m proud to look back and say I handled being thrust into a leadership position well.

But while I’ll always have a soft spot for the Giants and quietly support them from the outside, I’d always wanted to come home and play footy around my family and friends.

When you don’t grow up with much, you rely on each other a lot more. That really was my driving factor in wanting to come home.

Looking at all the talent GWS had – as well as all the out-of-contract players who’d re-signed already – it was pretty clear in my mind that I was going to come home, and that me leaving wouldn’t affect them too much, but could make a big difference at the Magpies.

The trade speculation really wasn’t that difficult to deal with. I knew I was the only one who knew what was going to happen and, being up in Sydney, you hardly hear any of it anyway.

It got a little nervy during the trade period, but the clubs wanted to get the deal done and, eventually, they did.

I knew the move to the Pies would bring me closer to my existing family, but I had no idea I’d be introduced to a whole new one in the form of the club’s huge fanbase.

Going from having played ten or so games on the MCG in five years to playing there just about every week is something else. Seeing fans lining up for autographs on the first day of preseason training was unreal as well. 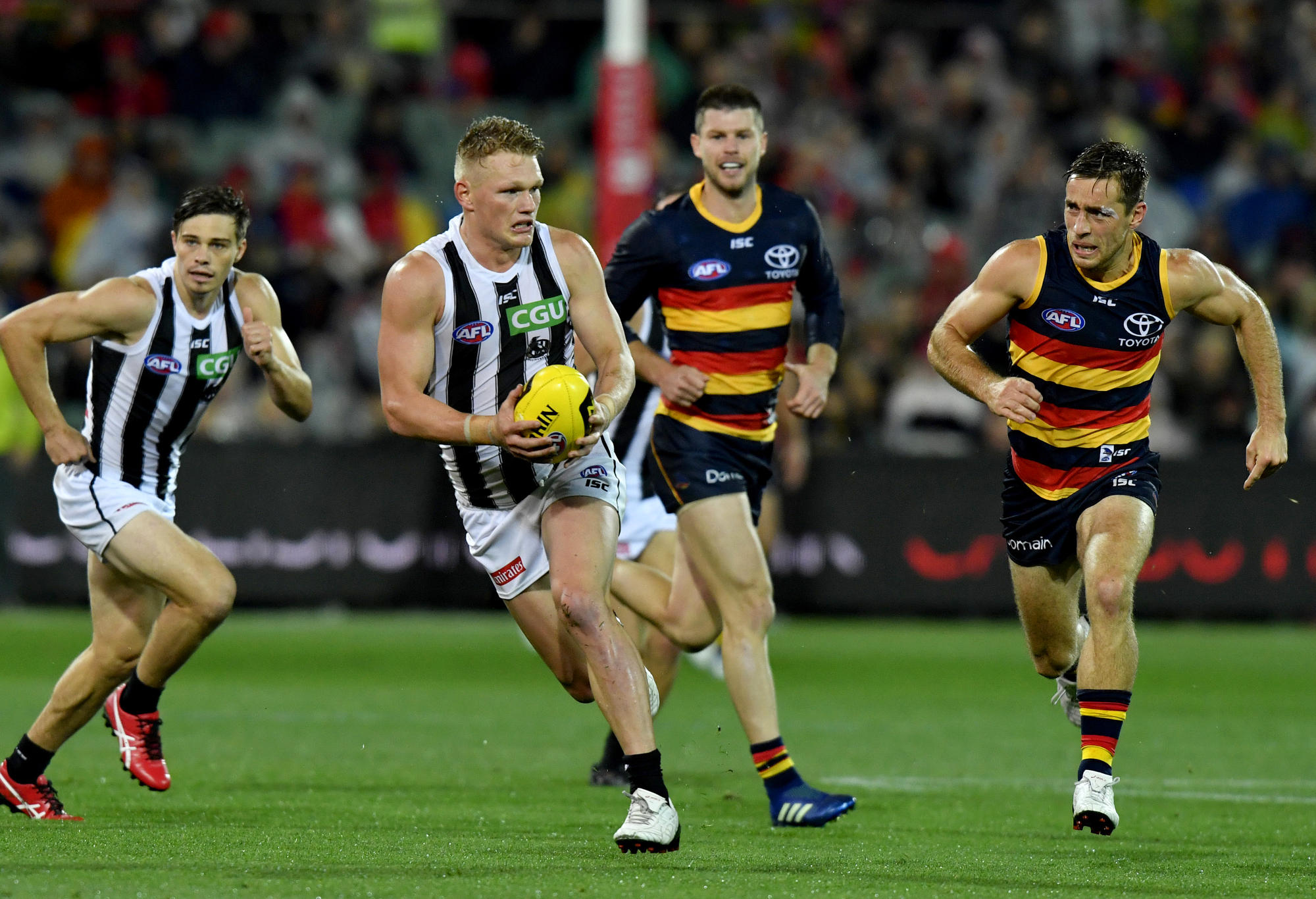 I will admit it felt a bit wild and crazy in the early days, but now I just go about it. It just comes with the territory of being at a big club.

You’ve got to live up to the expectations, you’ve got to showcase yourself and your football in front of huge crowds and you’ve got to take all the scrutiny in your stride.

It can still get tough when you’ve got cameras everywhere because you’re not going so well but, when the expectation is there for you to perform, it’s only fair you get ridden extra hard.

Boy, did we get ridden hard in those first two years.

When we played the way we wanted to play, we were really good and matched it with everyone – including teams that went on to play deep in finals.

Take some of the last games in 2016. We should’ve beat the eventual premiers, the Western Bulldogs, but lost by three points, before going down to triple-reigning premiers Hawthorn off a kick after the siren.

Those performances were encouraging, but then we’d mix them with losses to teams that finished really low.

We took that into 2017 a little bit too, but on day one of the preseason this year, the standards were drilled into us from day one.

We knew that if we set the benchmarks for performing at that level, we’d be giving ourselves the best opportunity to go out and win games.

Now, it’s really rewarding to know that what we’re doing is succeeding. With the playing group driving the standards, the team just feels like one big brotherhood.

Everyone is there for each other and we know if we play our way, there’s a chance we could go all the way in the finals.

It’s a great thrill to sit there and just hug your mate next to you, and it’s rewarding knowing we’ve been giving ourselves the best opportunity to play finals.

We haven’t been a part of it since 2013, so when we do make it we’re bloody excited and we’re gonna make some noise while we’re there.