Making it to the Major: Who will qualify for London?

It’s Major time, boys and girls! I don’t know about you, but I cannot wait. It’s been too long. No, really, Valve, it’s too long. Give us more.

But before we get onto the pomp and circumstance of crowning a new Major champion (because, let’s face it, Cloud 9 isn’t getting near this trophy), there is the small matter of the qualifier. In total 16 teams enter on Wednesday; eight carry on to battle for fame and fortune. The other eight get to watch from home.

Which teams fall into which category, though? Today, I hope to shed a little light on that.

No brainers
Firstly, the fact that Astralis has to go through the qualifiers is the latest in a long line of reasons the legend system is a farce. Fortunately for them, and us, they are in unstoppable form right now and they will make it easily.

Similarly, their fellow Danes over at North are coming off the back of a surprise victory over thema at Dreamhack Stockholm and look like a shoe-in to qualify for the Major if they even come close to matching that form.

The only other team I consider to be locked in for a spot is Team Liquid. Everyone else, even my beloved BIG, is in a questionable position.

Liquid, however, are in the best form they have been in since they finished third at MLG Columbus in 2016. They are ranked third in the world as I write this – their highest ever spot – and it would take a shocking capitulation for them to miss out on London. 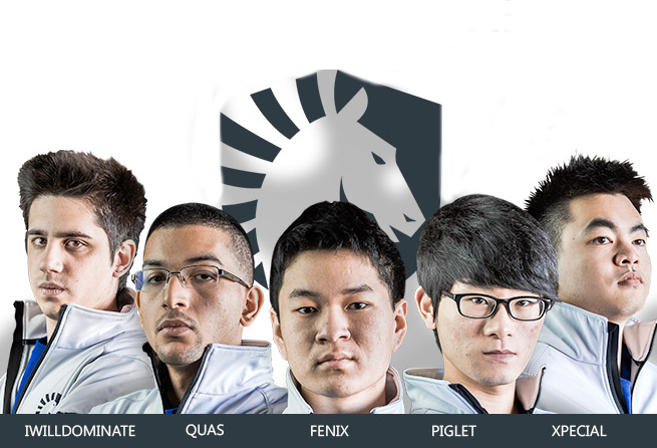 No hopers
This is the harshest category, obviously, but also one of the hardest to write. I don’t honestly think anyone in the qualifier has absolutely no chance of qualifying.

Some will have a harder time than others, however. Some, like Virtus Pro. The Poles have been in a sorry state for quite a while, and I don’t see this being the event at which they turn it around.

As a CS fan who remembers the original Pentagram line-up, I take no joy in this, but they are clearly a spent force now.

Spirit is the only other team that I think will really struggle. It might be a case of learning from a difficult, important tournament, because they have the weakest line-up and the least experience of any team in the qualifier.

In the mix
Every other team has a real chance of making it to the Major. Even Complexity, a name synonymous with CS history, but not in recent years, has a solid roster nowadays.

Rogue and Renegades, with their oddly similar logos, are home to a ton of veteran expertise that can surprise bigger name teams like NiP and Optic.

Speaking of which, NiP had a pretty good showing at Dreamhack Masters last week. They will be looking to build on that and bring one of the biggest names in CS history back to the Major stage.

They only lost to Astralis in Stockholm – favourites for the entire Major – and they start the qualifier with an easy game against Virtus Pro, which should be a nice momentum builder for later games.

Tyloo’s biggest concern will be their own form. They have the ability to beat almost anyone at the event if they can maintain some consistency.

The Chinese actually took a map from Astralis last week and open their qualifier against a Gambit team who looked awful in Stockholm. If the CIS team don’t recover quickly, Tyloo could claim a huge scalp and get their own Major campaign off to an amazing start.

Lastly, I want to mention Space Soldiers and BIG. Space Soldiers, because they seem to attend every tournament under the sun and are always on the cusp of success.

BIG, because they seem to attend zero events, and then, once or twice a year, show up and catch everyone off-guard. These two teams are mirror opposites of each other in so many ways, and yet they both have similarly high chances of success in the qualifier, albeit for different reasons.

BIG will rely on out-thinking their opposition, while Space Soldiers will try and shoot more heads than theirs.

The calibre of competition in the qualifier is impressive. If it was a tournament in its own right, it would get excellent viewing figures and a high level of competition.

As the warm-up for the Major proper, though, it is the kind of mouth-watering appetiser that leaves you wondering if you should have just ordered more nibbles to go round, instead of getting a main.

Don’t worry, though, that course will be delicious, too.