Two of the most historic names in Australian football go head to head at Leichhardt Oval this weekend, in a game that will do nothing to reconnect either to the top tier.

Olympic snatched top spot from APIA on a dramatic final day of the regular season – snaring a place in the NPL finals as a result.

And they’ll be keen to add another title to the one they last collected back in 2011.

The question is why?

Not why in a sporting sense – the kind which motivates players to lace up the boots in suburban competitions up and down the country – but why do these clubs expend so much time and energy trying to win a competition that brings little material reward?

The answer stems – at least in part – from the fact it’s what they’ve always done. There’s obviously no point running a football club if you’re not going to play football.

But you have to wonder how much longer some of these clubs can justify running expensive teams in semi-professional competitions when there’s no access to the top tier in sight.

Does the end – being crowned the best club team in NSW – justify the means?

The success of the FFA Cup and the fact it has reintroduced some formerly household names has pushed these clubs back to the forefront of our football consciousness. 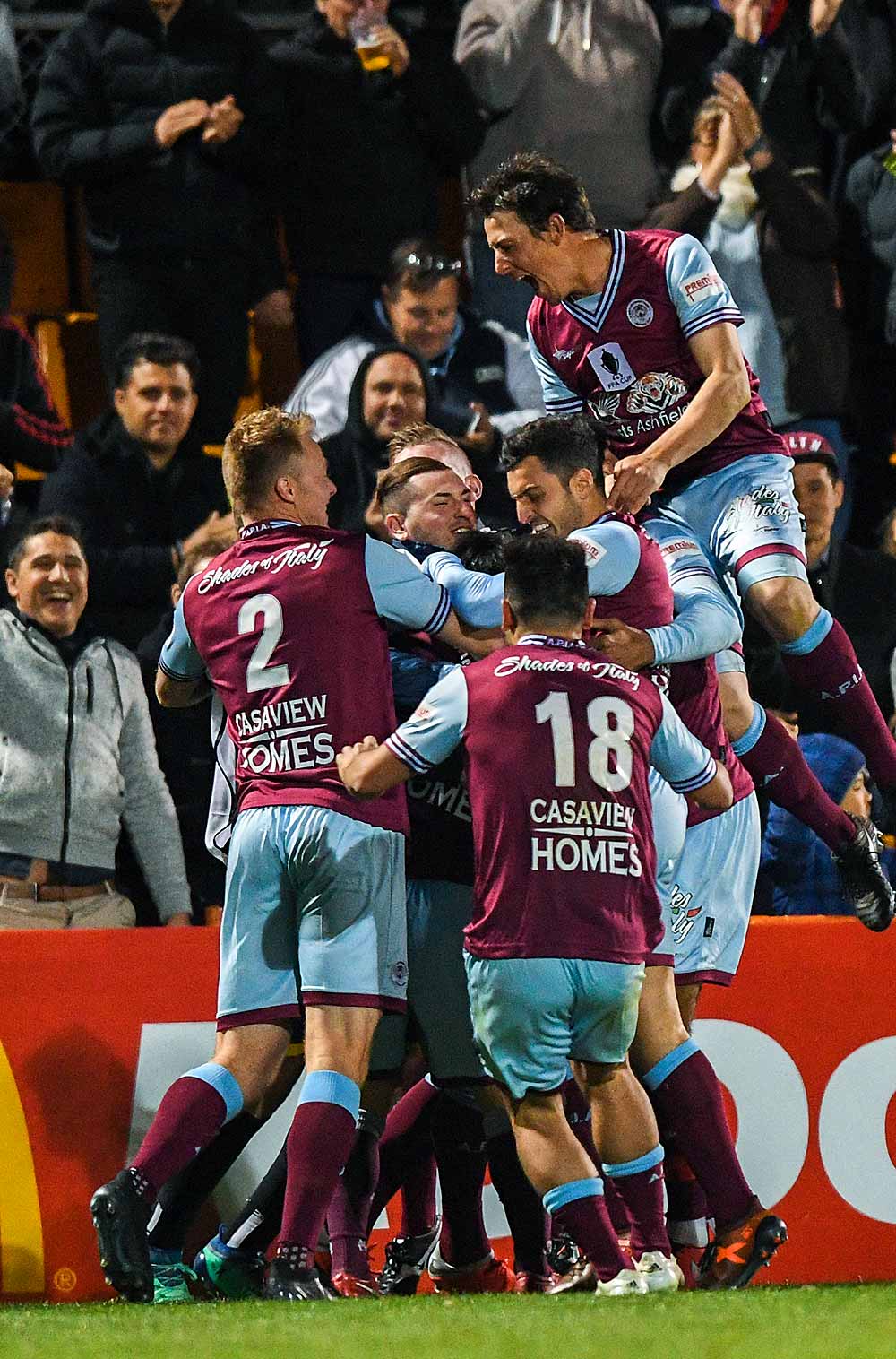 Yet it has also conjured a few vexing questions.

There’s a huge dose of irony in the fact that after years of lobbying the state government to chip in some funds to refurbish their historic Lambert Park home, APIA Leichhardt were then forced to host their FFA Cup home ties at another stadium because of their synthetic pitch.

And if it’s not plastic pitches causing problems, it’s lighting. Just ask Lions FC, who hosted their recent FFA Cup game with Adelaide United at Perry Park in Brisbane’s inner-north instead of their boutique Richlands home.

Yet Lions beat Olympic at Richlands in the FFA Cup – the same two sides meet at the same venue in the Queensland Premier League grand final on Sunday – while the Adelaide Comets hosted an FFA Cup game on a synthetic pitch at Adelaide Shores just last week.

One rule for fully professional players, then, and a different rule for everyone else.

But what happens when a player makes the jump from the NPL to the A-League, like former APIA goal machine and current Central Coast Mariners striker Jordan Murray?

And shouldn’t it be the aim of NPL clubs to act as a production line of talent to the A-League anyway?

The fact that it isn’t – in part because there are no transfer fees – brings us back to the question of why the National Premier Leagues exist at all.

And those who think the stated aim must be to generate young talent should have a chat to administrators in Far North Queensland.

Football Queensland currently finds itself caught between a rock and a hard place, given both Cairns FC and the Townsville-based North Queensland United have just relinquished their NPL licences.

It’s all well and good waxing lyrical about producing talented youngsters in regional areas, but if the money’s not there, it’s simply not there.

And it’s hard to generate the sort of income required to keep these clubs running when it’s not even clear why some of them exist in the first place.

We’re a long way from opening the A-League up to promotion and relegation, but at some point, that conversation needs to start.

Because crowning a National Premier Leagues champion of Australia seems like a futile exercise when at the end of it there’s simply nowhere else for these clubs to go.