You are faced with a typically large bodied Springbok pack, desperate for a win.

What do the Wallabies do? Select a 33-year-old, 84-Test veteran riddled with injuries at hooker. As if that wasn’t enough, he picks him to start less than seven days after the guy played rugby in England.

It is difficult to know what goes through Michael Cheika’s mind sometimes.

We could guess that maybe loyalty plays a part. But that loyalty is misguided, especially when you hook that veteran hooker after 30 minutes of cement-legged play.

Possibly, there is the question of ‘who else’? That disregards the very respectable performances of Brandon Paenga-Amosa during the Irish series. It also put to one side Tolu Latu’s appearance in Sydney last weekend, about 10,000 miles closer than Tatafu Polota-Nau’s run on for Leicester.

Paenga-Amosa in particular must be absolutely mystified. He’s gone from first choice to fourth in six months despite being one of the best performers for both the Wallabies and Reds this year.

The selection shockers go well beyond the decision to start Polta-Nau at Hooker against South Africa.

Of course there is the ongoing debate regarding the Pooper combination. Playing your best seven at eight is debatable despite that combination getting Australia to a World Cup Final.

But an even bigger sin is the selection of Lukhan Tui out of position at six. That is presumably to assist with the line out where Dave Pocock plays eight, yet Tui’s line out work is questionable. His work rate around the field even more so.

The great Wallaby sides had grafters at six. Owen Finegan and Matt Cockbain both pulled a shift, carried the ball, did the work that wasn’t always glamourous.

Work ethic. You hear Cheika use that phrase over and over, even just after halftime during the telecast from Brisbane. Yet where is his Finegan or Cockbain?

Cheika seems to think that guy may be Ned Hanigan. It is not. 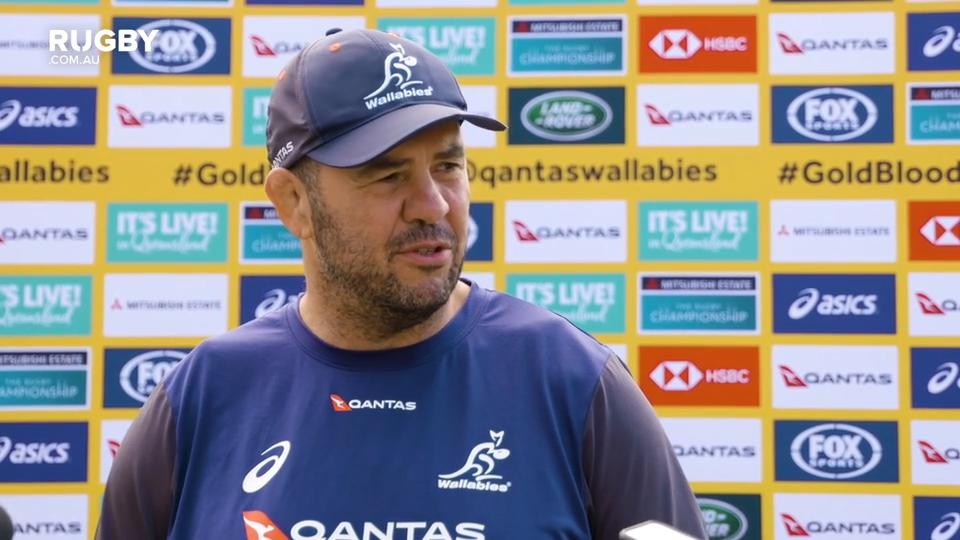 The inconsistent and apparently hypocritical selections coming out of the Wallabies don’t just stop in the pack.

Cheika should be applauded for his willingness, admittedly belated willingness, to drop Bernard Foley and promote Kurt Beale to fly-half. Certainly, we saw Beale challenging the advantage line and posing problems that Foley is unable to.

Matt Toomua was also a welcome addition. He provides starch and composure and his return is very welcome ahead of a World Cup year. He seemed to survive his jet lag much better than Polta-Nau, probably because he is five years younger and fresher of body.

Elsewhere in the backline, the selections just seem to be all over the place.

The absence of Folau and Kerevi created head aches this campaign. But Cheika does not seem to be able to make up his mind how he wants his backline to function.

Dane Haylett-Petty is a wonderful player but either use him as a back up full back or leave him to settle on the wing. Tom Banks is a game breaker and needed to start at 15 in Folau’s absence.

Nick Phipps continues to be preferred as the back up nine. He will be rushed back no doubt despite providing lesser service and slower distribution than the alternatives.

One has to hope that sooner rather than later Cheika settles on a side and that decision is not centred around numerous players out of position and old favourites that never seem to get the message. Whatever the message is.

I am not confident.

Cheika won a European championship with Leinster. He won a Super Rugby title with the Waratahs. He coached the Wallabies to a World Cup Final under difficult circumstances.

Past glories only get you so far. Cheika’s credit is running dry after home series losses to England and Ireland as well as regular second half whackings by New Zealand. Ewen McKenzie seemed to lose the confidence of Hooper and Beale as well as his job for less.

Should Cheika be sacked? No. But it is time for a different approach to selection and some accountability, preferably through the imposition of a selection panel.

This year’s Women’s Six Nations has been postponed for logistical and safety reasons amid the COVID-19 pandemic but the men’s competition will take place as scheduled.

French team's lineout is so bad it's actually hilarious

They don’t come much more embarrassing than this. 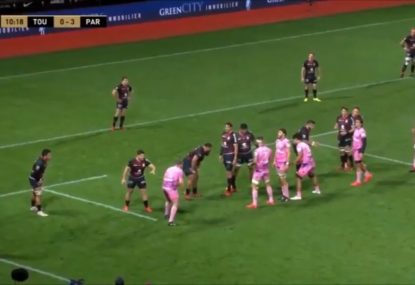 French team's lineout is so bad it's actually hilarious