Head has one foot in the Aussie Test team

Travis Head looks to have one foot in the Australian Test team after yesterday playing his second impressive knock in a row in India, while Test incumbent Peter Handscomb continued his wretched form.

Handscomb made just eight against India A yesterday, while Head (68), Mitch Marsh (86no) and Michael Neser (44no) flourished to help guide Australia A to a solid total of 6-290 at stumps on day one.

Handscomb has now averaged just 18 from his last eight first-class matches, meaning he likely will be dropped for the first Test in the UAE in four weeks from now unless he produces a big score in the second innings of this match.

The three main contenders for his Test spot seem to be Head, Kurtis Patterson and Marnus Labuschagne, by virtue of them being involved in this current series in India.

Head always shaped as the most likely Test candidate out of that trio due to his popularity with the Australian selectors, who have backed him in ODI cricket over the past two years.

Yesterday the 24-year-old left-hander made 68, following on from his 87 in the second innings of the first match against India A.

He also struck a ton in the preceding one-day series and has been in good form in ODIs averaging 42 from his past 25 matches. Head has also scored 1,383 runs at 45 over the last two Sheffield Shield seasons.

Now, it would seem, it is up to one of Handscomb, Patterson or Labuschagne to shine in the second innings of this current match to keep Head out of the Test side.

Meanwhile, Marsh’s unbeaten 86 has sewn up his Test spot. The Australia A captain failed in both innings of the first match but, realistically, was probably a lock in the Test team anyway. With Australia expected to play two specialist spinners, the selectors will want a decent third pace option, which Marsh provides.

Australia A were in trouble at 6 for 180 yesterday when they were rescued by an unbeaten 110-run stand between Marsh and Neser (44no from 108 balls). It was Neser’s all-round ability which earned him an ODI debut in England in June, and it could again be that ability with the bat which vaults him into the Test team. 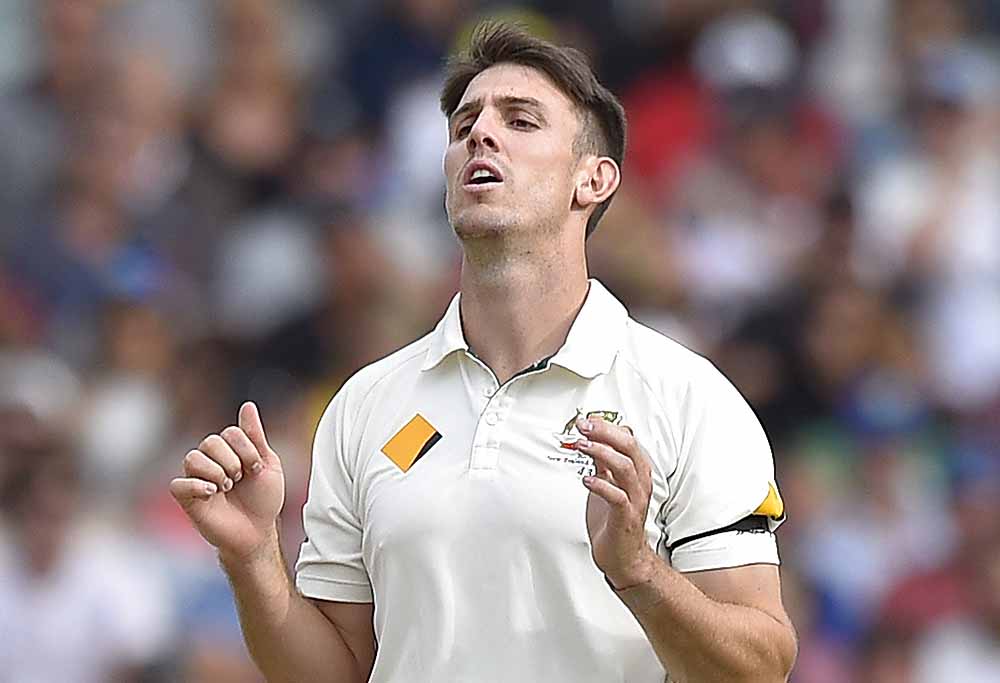 The 28-year-old Queenslander would have entered this series behind Victorian quick Chris Tremain in the Test pecking order. But he outperformed Tremain in the first match, grabbing 4 for 75, compared to Tremain’s return of 1 for 65.

The Australian selectors have made it clear they consider the batting ability of their tail in Test cricket and this could help Neser, who averages 24 with the bat in first-class cricket and has made 44no and 25 in his past two knocks.

Neser’s batting ability could be of particular interest to the selectors if they overlook spin all-rounder Ashton Agar and instead pick Jon Holland, who took nine wickets in the first “A” match but is a batting bunny.

In that case the selectors may believe that Neser’s batting would help avoid having too long a tail. Australia’s consistent batting struggles away from home has meant the selectors have needed to consider the runs they can squeeze out of the tail.

The second Test pace spot, supporting Mitchell Starc, looks to be a two-way race between Neser and Tremain, who has been the leading wicket-taker across the past three Sheffield Shield seasons. Holland, like Head, is probably pencilled in for the first Test after his dominant performance in the first “A” match.

Agar, you would think, will need to be very impressive with the ball over the next three days if he is to edge out Holland. But first Marsh and Neser will this morning have a chance to build on their crucial stand and bat Australia A into a strong position.