As the old saying goes, defence will win you premierships.

When Paul Roos was announced Melbourne coach in September 2013, the Demons were arguably at the lowest point in their history. A two-win season combined with a percentage of just 54.1 had Roos well aware of the challenge on his hands.

In 2013, Melbourne suffered seven defeats of 80 points or more, with the largest coming in Round 2 against Essendon when the Bombers handed Mark Neeld’s side an embarrassing 148-point defeat.

By the end of the season, footy’s oldest club had conceded a total of 2691 points, an average of 122 points game, with only Greater Western Sydney – a club in their inaugural season – conceding more.

Come pre-season the Demons primary focus was defence and winning the contested ball. 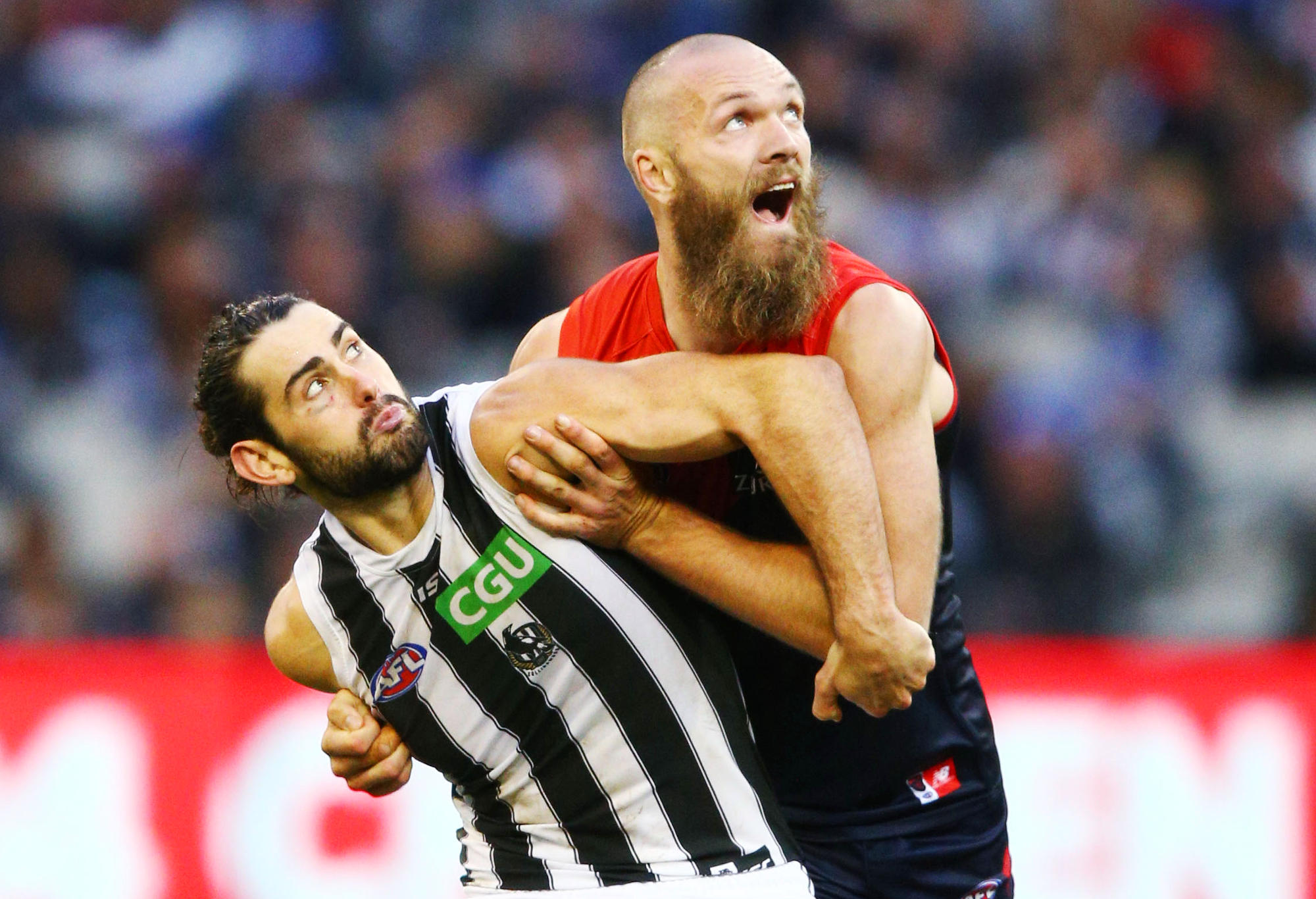 Leading up to his first game as Melbourne coach, Roos spoke of the challenges he had faced during his first pre-season with the club.

“We had to put a really strong emphasis on the defensive side of the game plan. The Super Bowl shows defensive side win Grand Finals. The great thing as an industry is the industry has come a long way since 2005 [and the “ugly footy” controversy].”

“The only way to win is to be a great defensive team, and if players aren’t smart enough to pick that up, they shouldn’t be playing footy,” he said in February 2014.

“But we can’t bombard players. The team has had so many coaches and so many meetings, so we have to simplify the game plan. There will be other teams in front of us, but that’s a consequence of where we are as a list. There is no point putting in a lemon twist if we can’t get the bottle of water right.”

By the end of the season, you could just see how well the Demons players now understood the defensive side of the game, conceding a total of 1954 points for the year – the 12th ranked team in the competition.

While some criticised their style, with the Demons only scoring a total of 1336 points, Roos continued to emphasise that the scoring would come as the team continued to develop.

The following season the stats demonstrated that the Demons attacking instincts were beginning to grow as they boosted their total scoring to 1573, although their points against rose slightly to 2044.

But in Roos’ final year as senior coach, before handing the reigns over to Simon Goodwin, his process had been completed.

Roos had turned Melbourne into a balanced outfit, capable of defending and attacking with their percentage just below 100 per cent – having finished 2016 with 1991 points against and 1944 points for. 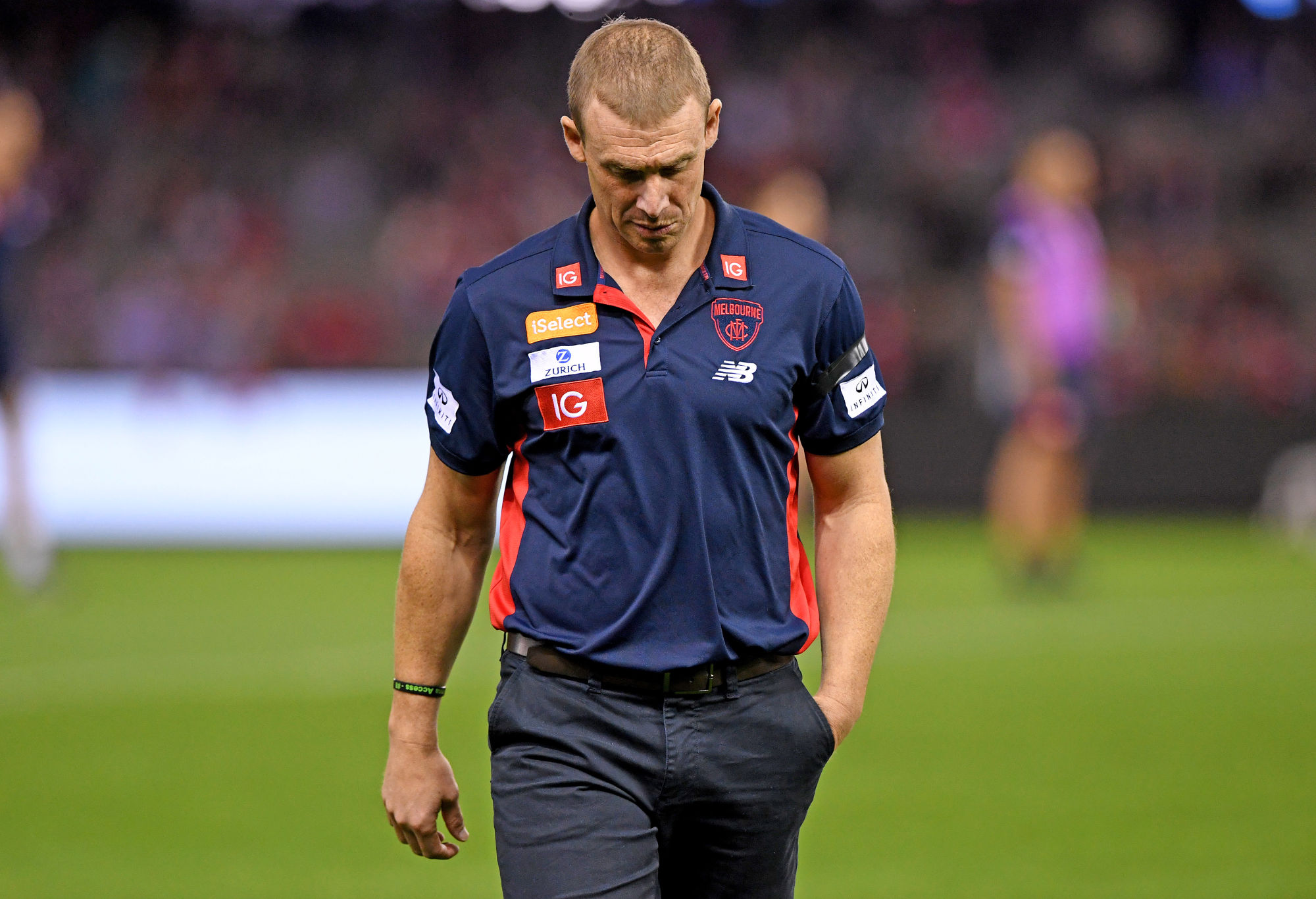 The club sat two games outside the top eight come the end of the home and away season, a far cry from where they sat at the end of 2013. They had finally earned respect from other teams in the competition and it was Goodwin’s turn to help take the playing group another step forward.

The next step for the Dees was to make their first final appearance since 2006, a step they narrowly missed in 2017 after failing to defeat Collingwood in the final game of the season.

But the proof was in the pudding that Melbourne was quickly on the rise to be one of the best teams in the competition. Under Goodwin, the team were producing an exciting brand of football which excited even the neutral.

Their scoring had now outweighed their defensive numbers finishing the season with 2035 points for and 1934 points against. The club’s attacking punch has been well and truly felt in 2018 with Goodwin’s side finishing as the league’s highest scoring team with 2299.

Once again their defensive figures have dropped, although it must be noted there has been a general downward trend across the competition this season.

Now they find themselves in the second week of finals against Hawthorn on a Friday night at the MCG. Had Roos not have taken this club back to the very basics, they very well may have still been languishing in the bottom arches of the ladder. 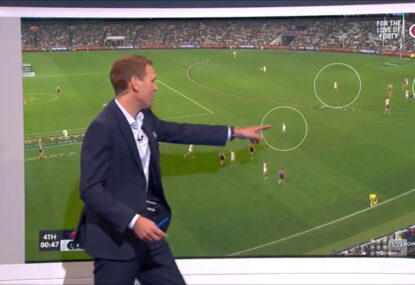 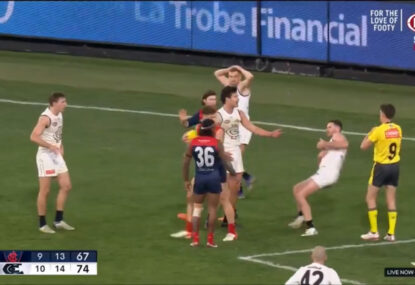 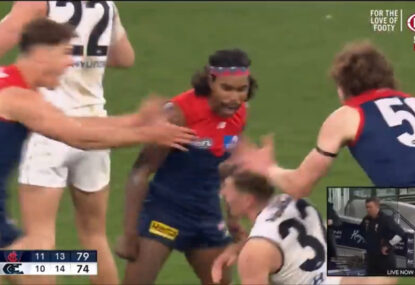 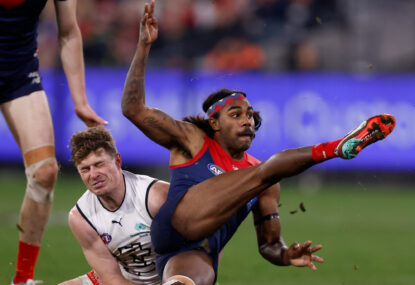 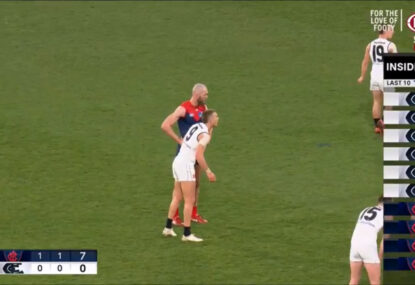