With the Springboks side announced, there are some surprises

Rassie Erasmus has named a side with three changes and a positional switch to take on the All Blacks this weekend.

Up front, there are no surprises where Malcolm Marx starts ahead of Bongi Mbonambi.

It’s in the backs where things get interesting. Erasmus tinkered his midfield pair yet again, returning to the 10, 12, and 13 combination that took on England in June.

Handre Pollard returns in place of Elton Janjties who drops to the bench while Lukhanyo Am is reunited with Damian de Allende in the South African midfield.

Strangely, this does not mean that Jesse Kriel misses out, instead, Kriel has been shifted to the wing in place of the homeward bound Makazole Mapimpi who picked up another injury in last week’s first half against the Wallabies.

We thought we might see Cheslin Kolbe get a chance in his customary position with the loss of Mapimpi, but Erasmus is either braver or more desperate than we think.

The Boks’ backline defence has been atrocious all year. Every side they have faced has exploited their inability to defend in the channels out wide.

This isn’t good news for a side who next face the All Blacks, there is no team on earth that attacks these areas of the pitch as well as the New Zealand side.

Could this have been a factor in Erasmus’ decision to move Kriel to the wing?

If it is, it all seems rather peculiar considering the ‘Kriel on the wing experiment’ was tried once in the Heynecke Meyer era – and on that day Kriel and his teammates lost to Argentina on home soil for the first time.

By no means was this solely Kriel’s fault as his performance was shaky at best. In fact, Kriel was given a rating of 4.5 by Sport 24’s Rob Houwing. 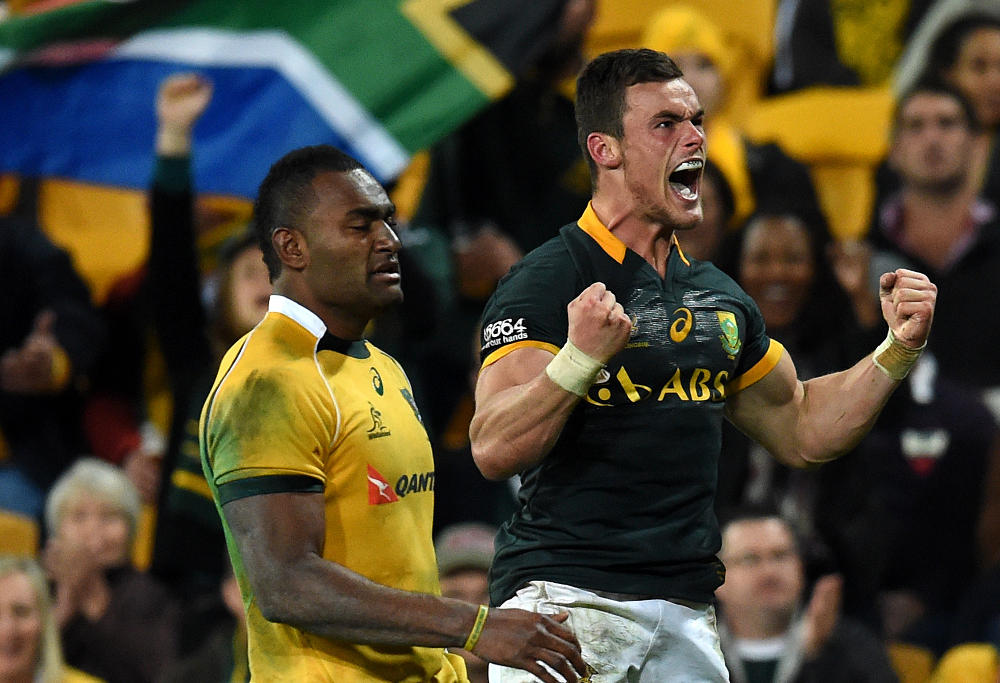 The All Blacks have some massive attacking weapons out wide. Waisake Naholo’s recent switch to the 11 jumper could also have pushed Kriel ahead of Kolbe in the pecking order.

While Erasmus and company will know the exact reasons they selected Kriel out wide for their clash with the old enemy, we think it is a bold call in an already defensively incoherent midfield and back three.

Why not start Kolbe who was selected for his performances in that very position? He could potentially bring much-needed experience and calm to the way in which the Boks defend out wide this weekend.

Kriel may have the best Bok game of his career come Saturday – and Erasmus may be making the right decision.

Regardless, it is a big risk to take against an efficient and ruthless side that will exploit any defensive frailties.