After another week of inappropriate nudity, it was nice to finally watch some footy and wasn’t it brilliant?

If I told you that the Bunnies beat the Dragons on the back of three Adam Reynolds’ field goals would you have believed me? Probably not.

ANZ Stadium hosted the most remarkable of finals last night as the Dragons threw all they had at the Rabbitohs. Off the back of poor late-season form and one glorious victory against the Broncos last week, most had written off a Gareth Widdop-less Dragons side.

However, the red V supporters would be proud of their team’s effort; an effort that looked to have produced a stunning victory with just minutes remaining.

There was little evidence in the first half to support the case for either team. It was a cagey affair and with the scores locked at 2-2 for much of the half, it looked a match destined to be decided late in the second period.

A late Ben Hunt try gave the Dragons an 8-2 lead as the teams headed to the sheds and an early second-half penalty goal to Zac Lomax saw the Dragons extend their lead by two.

Adam Reynolds scored a try soon after and despite that fact that there were no more four pointers on the agenda, he would feature four subsequent times on the scoresheet.

He converted his own try to bring the Bunnies back within two at 10-8 before adding a penalty goal in the 60th minute to level the scores. He would add another field goal ten minutes later before the Dragons appeared to have sealed the game with a penalty goal to Lomax with just four minutes remaining. That kick established a 12-11 lead.

After a clever strip from Cameron Murray, Souths found their way to the Dragons’ line again and Reynolds calmly converted from close range to tie things up at 12.

In the most extraordinary of finishes and with golden point looming, the Dragons ran the ball on the last tackle from inside their own half and set up the chance for the Rabbits to pinch the win with just seconds remaining.

Coolly and skilfully, Reynolds slotted his third one pointer of the night and the Rabbitohs celebrated.

In the end, it was a 13-12 victory for South Sydney in a match where the Dragons were the better team for significant periods. The knee injury to Tariq Sims hurt the Dragons, as they battled away without Paul Vaughan and Widdop.

Jack De Bellin also looked a little wounded but the Dragons’ fans will be proud of their teams’ resilience.

NRL semi-finals tend to produce magical games and Saturday night was no different at ANZ.

Friday night saw the Sharks hang on against the Panthers despite a courageous second half from the mountain men.

It was an unfortunate continuation of poor first halves by the Panthers; once again conceding a lead before embarking on a chaotic and madcap comeback that showcased the raw skill and ability in the young squad.

The first period was all Cronulla and the Panthers were as flat as a gluten-free sponge cake. Tries to Chad Townsend, Valentine Holmes and Luke Lewis looked to have built a match-winning lead.

After enjoying only 40% of the ball and completing just nine from 16 sets, the Panthers went to the sheds looking as stressed as a Sydney mortgage. The aggressive Sharks forwards and some Matt Moylan dexterity out wide had the Shire well in front and the fans were booking their flights to Melbourne.

For three-quarters of the contest, Penrith made fundamental handling errors and lacked discipline. Even after an early second-half try to Nathan Cleary, as Valentine Holmes took far too risky a course in cleaning up a kick into the in-goal area, the Panthers still looked well off the pace at the 60th-minute mark. 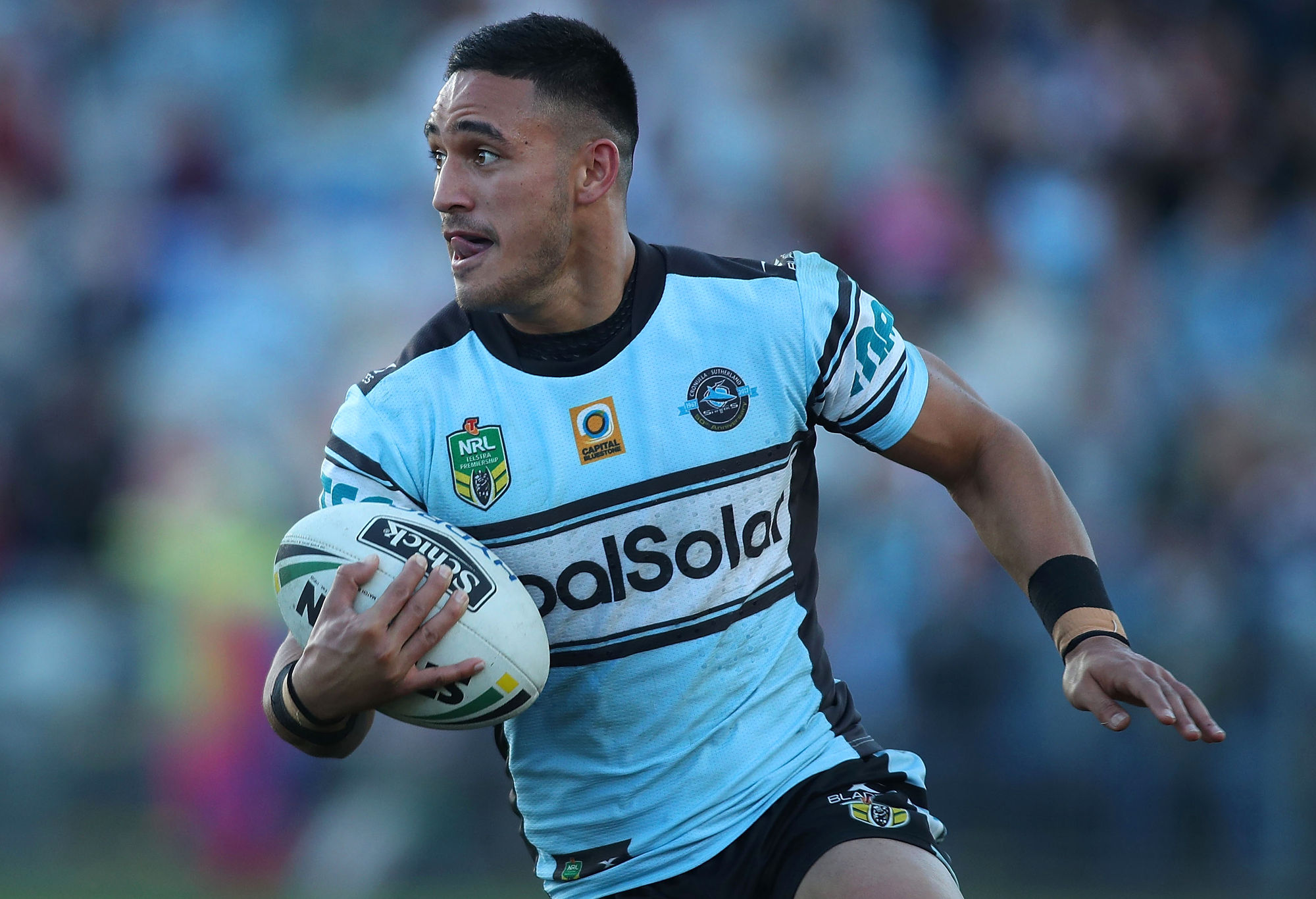 A penalty goal to Holmes built a 20-8 lead and with James Maloney struggling and Nathan Cleary quiet in attack, surely there was no way back?

Of course there was, it is the Panthers of whom I speak and a desperate and frantic finish seems part of their D.N.A.

Faster than a political backflip, Penrith were level. With Paul Gallen and Luke Lewis battered and bruised on the bench, converted tries to Isaah Yeo and Waqa Blake tied the scores at 20 and the lure of the field goal hypnotised both sides.

If you haven’t seen the Blake try, you must. Viliame Kikau produced a run that we will see time after time in the future, as he steamrolled the defence to set up his outside man. He scared you-know-what out of Holmes, who trembled in fear as the big man brushed him aside like a fly in the last line of defence.

It set up a thrilling final ten minutes and Chad Townsend found the vital one pointer with just over five minutes remaining. Cronulla held on for a win and another chance at history.

Contrastingly, the Panthers will lament their first halves in 2018 and must be wondering what could have been, were they able to produce consistent 80-minute performances.

The Sharks finally put together a solid performance in 2021 as Will Kennedy and Jesse Ramien torched the helpless Gold Coast Titans.