A sold out T-Mobile Arena Las Vegas saw the rematch between Cannel Alvarez and Gennady ‘GGG’ Golovkin. Titled “Final Judgement”, an exciting 12 rounds resulted in Canelo winning by decision, 114-114 on one card and 115-113 on the other two cards.

The arena was filled to capacity with a mostly pro-Canelo crowd who were very vocal. It would have been a new experience for GGG to be booed when he came out.

The entire fight saw a fast-paced, high activity level not expected with almost every round being even.

Canelo came out early taking on the role of the aggressor stalking Golokin down and forcing him to fight off the back foot.

There were moments when Golovkin would try circling around the ropes to change angles and try to drive Canelo back but each time he found the ring cut off and was forced to exchange.

Through the entire fight Golovkin looked extremely tired. As the rounds went on he would keep stepping back, dropping his arms, shaking them out and taking a big breath.

Canelo historically tires in the middle rounds, and although there was a sign of that in the sixth, he showed up in much better shape with the stamina to go the full 12.

Both fighters took a role reversal tonight from their previous matchup and showed less respect for each other’s power.

After the opening theee rounds Canelo started defending less and was willing to eat everything Golovkin threw at him without showing and physical damage except for a cut from an accidental headbutt.

Unfortunately for GGG everything he absorbed showed tonight. He had a cut and multiple lumps with significant bruising around both eyes.

As Canelo was announced, the crowd erupted with cheers. During the post-fight interview with Max Kellerman he said he took the approach of stalking early to try for a KO that unfortunately didn’t arrive.

While Canelo was answering whether he would have another rematch since it was so close, to which he replied yes, Golokin left the ring and went back to the locker room.

As the cameraman showed his walk back, the crowd booed, expecting him to stay in the ring for an interview. 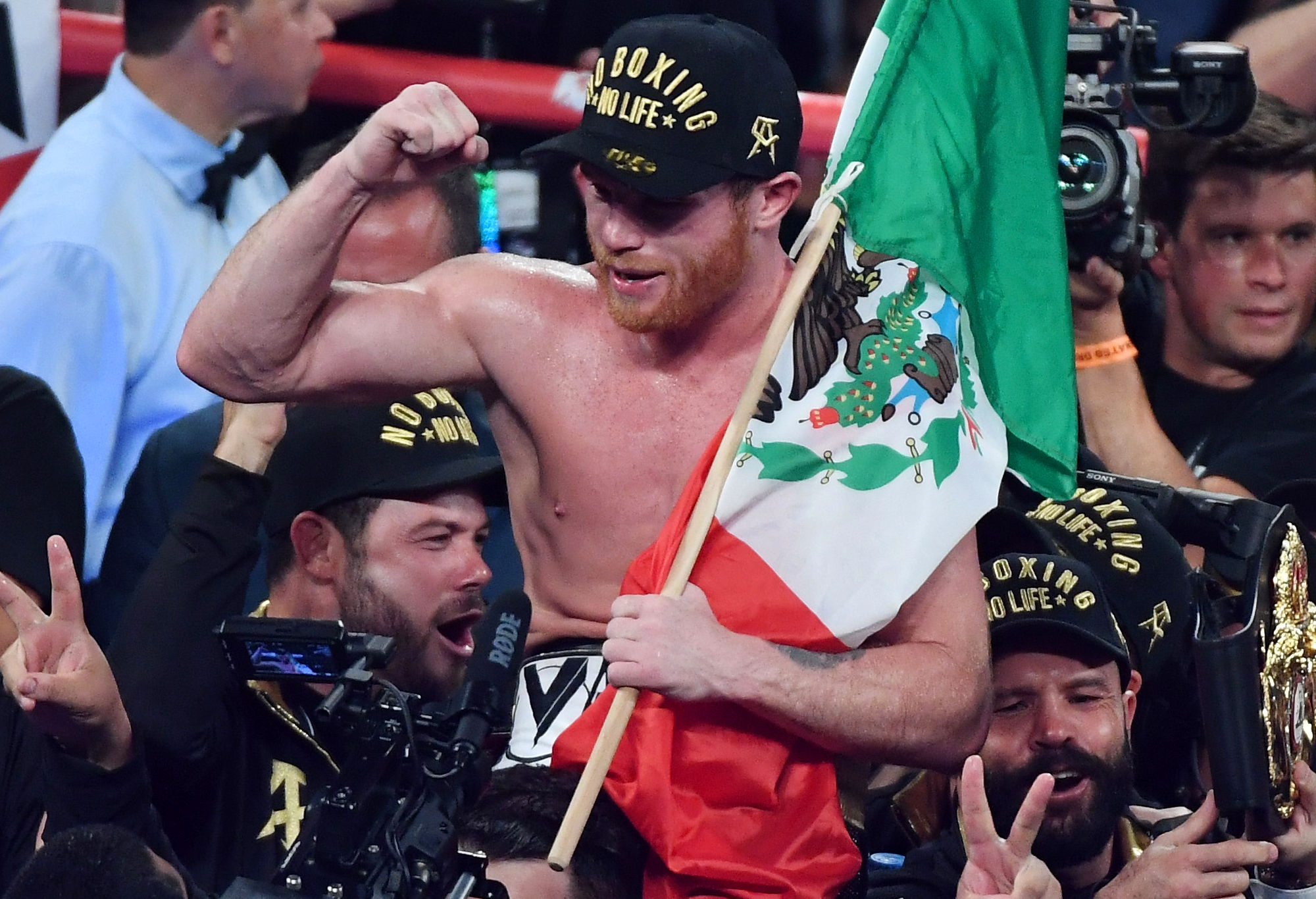 Round 1
Golovkin came out leading with the jab to increase activity, something he said he would do. Canelo slipped and ducked almost all of them and counter with about half the number of jabs but landed more.

The crowd was so excited for the fight when Canelo threw his first hook, landing on the gloves, everyone cheered. Golovkin took the round on activity.

Round 2
Both fighters used the jab less this round and were happy to exchange more. Canelo looked dangerous on the front foot which is unusual for a counterpuncher. He was willing to take more damage but didn’t look phased by Golovkin’s power. Canelo round.

Round 3
The crowd recognised how close the fight was and stopped all chanting, making only roars of excitement every time the fighters exchanged.

Golovkin tried circling the outside to push forward this round but couldn’t get the angles he needed on Canelo. Canelo’s movement and stalking approach really caught Golovkin off guard. Canelo round.

Round 4
Golovkin started off more aggressive landing some nice jabs and finding a way to push Canelo back but it only lasted about thirty seconds before Canelo started working the body and putting Golovkin on the back foot again.

Canelo withstood a huge uppercut from Golovkin that still gives Curtis Stevens nightmares. Canelo slipped a straight right and countered with a beautiful body shot that started a big exchange but Golovkin couldn’t find Alvarez in response. Golovkin round.

Round 5
Golovkin was breathing heavy and looked to be losing momentum. Although landing some nice shots, he doesn’t seem to be phasing Canelo or showing up with any visible damage.

GGG found success with the left hook early so tried it again and got countered beautifully. Canelo then tried to attack with a combo that Golovkin avoided.

Round 6
The first half of the round looked like both fighters were taking it easy to get some breath back, Golovkin still looked extremely tired.

Canelo countered a jab with left hook, and feinted a follow-up. With thirty seconds left Canelo started stalking, landing some good hooks and eating the same in return. Canelo round.

Round 7
Golovkin started off with a higher work rate pushing the jab multiple times, none landing. Canelo responded with two uppercuts to the body.

Canelo had basically stopped defending or using his guard at this point – he’s not worried at all by Golovkin’s power.

Canelo is cut above the eye and may have lost the round in the final ten seconds missing his shots. Golovkin round.

Round 8
Canelo came out ready to prove something and threw big bombs. Golovkin slipping more than last fight, but still looks very damaged and like he is about to pass out. Canelo gets reckless like he thinks he will knockout Golovkin. Canelo round.

Round 9
Canelo got extremely physical coming forward and exchanging huge blows. Golovkin keeps dropping his hands and shaking out his arms. He’s exhausted. Both fighters lock and Canelo complains about the headbutts, which have now cut his eye. Canelo round.

Round 10
Golovkin landed some big combinations which got a reaction from the crowd thinking Canelo was hurt. Canelo stepped back and started slipping and moving more to break up Golovkin’s momentum, making him miss alot. Both had good exchanges but Golovkin got the best of it in the end. Golovkin round.

Round 11
Canelo came out fighting off the backfoot this round and moved to the ropes early. Golovkin landed a huge combination in the middle of the ring that looked like it may have stunned cannel but Alvarez replied with some big hooks, usually missing the third. Golovkin round.

Round 12
Both men came out swinging for the final round. After some big exchanges Golovkin starts dancing around the ring presumably to make himself look fresher than he is. They finish the round with dual uppercuts. Canelo round.

Check out the moment that has prompted worldwide calls for referee Herb Dean to face the axe!

Who saw this one coming?