Have Cronulla played their grand final?

The Sharks’ first 40 minutes on Friday night were, frankly, terrifying.

It was men against boys stuff, as Cronulla rag-dolled the Penrith defence, bursting through the line seemingly at will.

I’ll name Luke Lewis as a shining beacon among a group of players who were out there to make a statement – but let’s be clear, the whole team were ferocious.

It was, in the most classic rugby league sense, an ambush.

Yet, when the two teams headed up the tunnel for oranges, the scoreline read 18-2.

Jimmy Maloney, the wily old fox that he is, realised this game was going to be a lot tighter than had been expected to that point, so when the Panthers were awarded a penalty in front of the sticks on the 40-minute mark, the five-club veteran pointed to the crossbar.

Three converted tries down, and the Panthers took the points. Because they (well, at least one of them) knew that Cronulla had thrown the kitchen sink at them.

And there was still 40 minutes to play.

Now, it doesn’t matter if you win by 50 or you win by a field goal – for the record, Cronulla got up by the latter – in semi-finals footy, you either progress or you get ready to nude up on Mad Monday.

But the way Sharks bashed the Panthers on Friday night, that they ended up getting up by the sketchiest of drop goals isn’t a ringing endorsement of their premiership credentials.

That first half was so intense, they were all over Penrith – yet at the end of proceedings, a solitary point separated the two sides.

And it wasn’t like the Panthers had a second 40 that matched the Sharks’ first half. They just played smart footy – a bit of magic from the likes of Viliame Kikau didn’t hurt – and clawed themselves back into the contest.

Again, it doesn’t really matter how close the mountain men were – it’s knock-out time and you either go on or pack up for the year.

But for all that Cronulla threw at the Panthers, they were hardly convincing victors when the ref blew full time.

And then there’s the casualty ward.

Co-captain Wade Graham is done for the year, and the reason he’s got ‘co’ in his title is because Paul Gallen is still playing footy.

Except he probably won’t be next week.

The oldest man in the NRL headed up the tunnel clutching at his shoulder on Friday night and saw out his team’s victory from the sidelines. 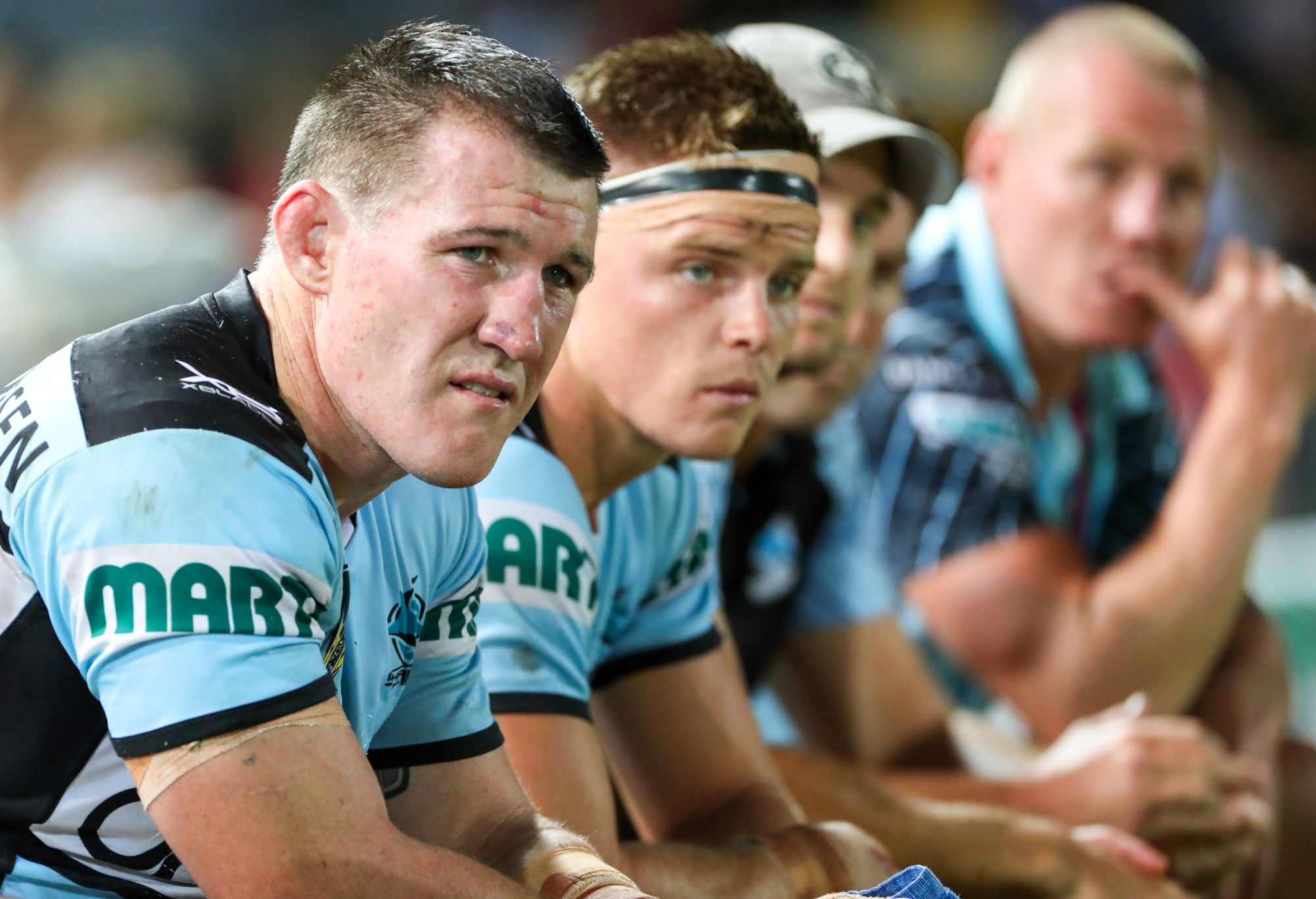 Asked about his on-field leader’s health at the post-match press conference, Shane Flanagan described Gallen’s chances of playing next week as “a bit unknown”.

“If Gal doesn’t come back on I’m real concerned because he usually can just go in and get it strapped up and battle on,” Flanagan said.

“So for him not to come back in a big semi-final is a bit concerning but let’s just hope that it’s not as bad as first thought.”

Look, at the end of the day, prediction is a mug’s game, so to say the Sharkies are done is the outlook of a real… Um, whatever the word is for a bad kind of mug. One of those plastic schooners that they serve at the footy?

But Cronulla gave their absolute heart and souls on Friday night and ended up getting past the Panthers – a team whose wheels came off in a pretty spectacular fashion over the past month – by one point.

I don’t doubt for a second the Sharks will give the reigning premiers all bloody hell next Friday night – there’s no love lost between the 2016 grand final combatants – maybe they’ll even get past the Storm and we’ll see them in the big dance.

As for Gal hoisting the Provan-Summons Trophy in two weeks’ time? The Sharks just look a bit like North Queensland last year. They might dust some of the big names, but if they’re there on September 30, I reckon they’ll be gassed.

There it is – a plastic schooner at Marathon Stadium’s prediction.

Won’t be the Sharkies winning the 2018 NRL grand final.

Will the Sharks make the eight?

Cronulla face a crucial fortnight without halfback Chad Townsend as their race to claim a top-eight spot looks likely to go down to the wire.

Will the Sharks make the eight?