And so it was, September 15, 2018, in the land of the Long White Cloud, The Springboks walked off the pitch victorious over the All Blacks.

Us Bok fans deserve this; we waited almost a decade. We savuor this moment because it is so precious. This was a Test match for the ages. The build-up, the drama of missed All Black kicks by Beauden Barrett, the Boks’ tries against the run of play, the defense, oh, the defense, and the players who rose to the occasion.

Just for one night, for a moment in time, we felt the passion of victory. Like a fine aged scotch, we savoured the precious experience.

Yet, failure is important because it introduces you to an idea you never want to return to. The idea, was that SA rugby, post-apartheid, could continue without any future plans on how to proportionality fund rugby at the grassroots level throughout the republic and for all players.

Instead of building from the youth level at a patient rate, players of colour were fast-tracked to the professional level. SARU, under pressure from the South African government, instituted transformation on an unrealistic timetable. The consequence today is a lack of player depth and continuity at the highest level.

While the All Black-Springbok result in Wellington this last Saturday was an unexpected win for the Boks. The Springboks’ overall winning percentage against New Zealand since 2010 is a paltry 15 per cent, with an away percentage of zero through 2017.

However, the very fact that Wellington is a massive surprise is in itself significant cause for concern, and not just for Springbok fans. A seasoned baker will tell you it’s all about timing; miss that tight window and your creation is overbaked; salvage is not an option.

SARU, now has a window of opportunity to learn from its failure and it must act now. Business is not complicated. Smart investors who see opportunity buy low. SARU ought to look to the English Premier League for examples.

US investor Malcom Glazer began his acquisition of shares in Manchester United in 2003 and by 2005 was the sole owner of the football club with a final purchase price of around 800 million English pounds. By 2012, the club was reportedly worth 2.3 billion pounds.

Between 2003 and 2004 Roman Abramovich consolidated his purchase of Chelsea FC for about 140 million pounds. Today the team, according to Forbes Magazine, is valued at over 2 billion pounds.

SARU’s current constitution does not allow any outside ownership of a South African professional rugby team above 49%. It’s time for SARU to change this. In fact, SARU needs to privatize and negotiate with its fellow executive committee members of the Super Rugby, The Rugby Championship and SANZAAR about shopping both its Currie Cup and Super Rugby franchises to local investors, and overseas ones for complete control.

Let investors with deep pockets negotiate their TV rights and infuse capital into building economical and viable winning sides. For example, the owners of the Stormers, would also have ownership rights to Western Province that plays in the Currie Cup, South Africa’s premier competition. 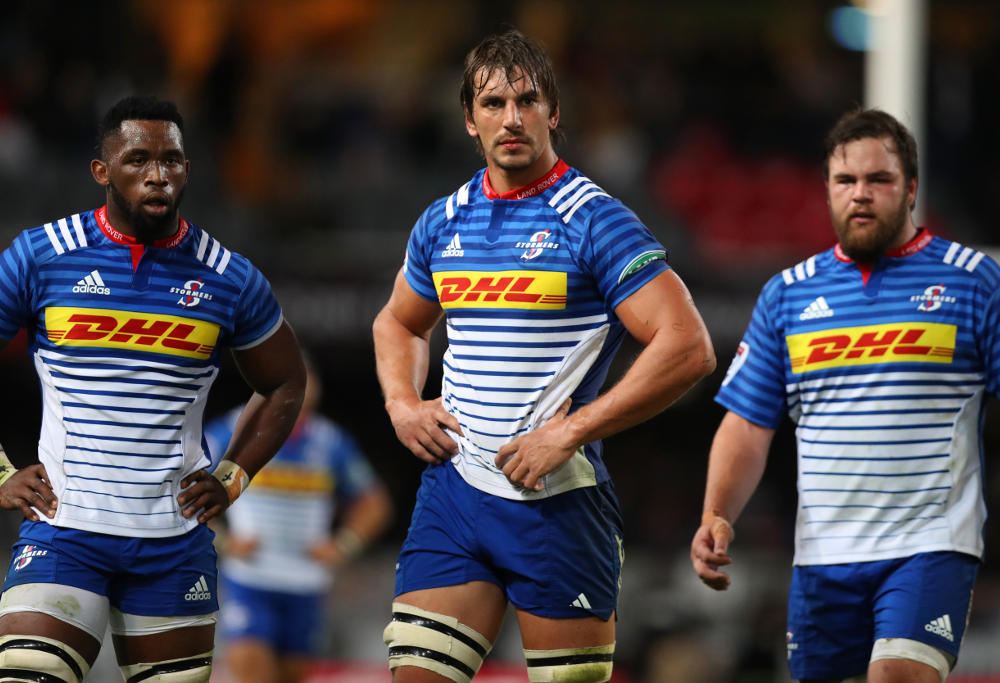 Super Rugby clubs, like the Stormers, could benefit from private investment. (Photo by Steve Haag/Gallo Images via Getty Images)

All owners of South Africa’s Super Rugby franchise owners should also be financially rewarded based upon Springbok results in The Championship and World Cup competitions. This will help stem the tide of players heading to Europe and Japan for foreign currency.

Perhaps most ominously, the general trickle down economic effect, based upon the sport’s lack of competitive international play at the highest level, will have serious long-term ramifications.

Money speaks volumes in today’s era of professional sports and Rugby Union, one of the last global sports to enter the professional era, is no exception. With deep pockets, SARU would have the opportunity to not only invest in future players through school, university and local club programs, but also establish a world-class farm system allowing SARU to have the luxury of building and securing talent locally.

This talent would feed into the Currie Cup and Super Rugby Franchises, thereby creating significant depth. This is particularly important given SA Rugby’s imposed timetable for racial quotas, endorsed by the South African government.

SARU members have an opportunity to seize this moment and demonstrate they have the ability to execute on this initiative. SANZAAR and the IRU need to keep an open mind too.

Just last week, Steve Hansen, coach of the All Blacks, repeated his request for (more) New Zealand government funding for the national side. Hansen, always the masterful tactician with an eye on the horizon, also knows that nothing is forever.

Hansen, for now, has the luxury of time, but for SARU, it’s now or never.

Springbok coach Jacques Nienaber has named his 32-man squad to take on Wales, Scotland and England without veteran Morne Steyn, who has retired.