It is fair to say the term ‘loyalty’ held a different place in our society back in the day more so than it holds today.

In sporting terms, you would never see a player leave his club and move to the ‘old enemy’ or a club that you played in.

For instance, think a West Coast Eagle player moving across to play for Fremantle, such would be the storm of abuse that player would receive from his old supporters who would risk that or a Richmond player transferring to Collingwood or vice versa.

We now live in a society where everyone is so used to having what they want straight away.

So, the question I am asking here today is when it comes to loyalty should we, as supporters, simply move on to another team when our team is constantly languishing at the bottom of the ladder?

To put this in context, I am a St Kilda fan and have been from a young age.

This year, I sat through the most atrocious season I have seen by my team in many years and can go right back to the 1970s and 80s to illustrate my point if need be.

As frustrated as the players are at this year’s outcome, I wonder how much thought was given to the impact their form had on their fans.

You know the ones – those who watch or go to the games each week only to come away feeling demoralised by the performance of the team they love, the team they defend in the pub, at work, at BBQs and in the stands.

If players can site issues like ‘homesickness’ or wanting to find a fresh start – why shouldn’t our loyal supporter go well? I’m following someone else this year.

This is exactly where I find myself after years of supporting the Saints.

What about those loyal Carlton supporters or Gold Coast or Brisbane Lions – although there seems to be a glimmer of hope there?

There are many who suffer each season hoping that their team will show something only to be disappointed or become the brunt of their friend’s ‘friendly’ banter.

The trade period and drafting have become big business in the AFL. So, when you are unceremoniously dumped out of the equation at the end of Round 22 the mindset turns to – who can we get in?

The Saints now have some huge decisions to make and I’m not just talking about this in terms of improving the list and the quality of the footy department.

I’m talking about being conscious of what those loyal supporters are hoping to see.

The Saints have been linked to just about every free agent going around plus players still in the – contract such as Dan Hanneberry from the Sydney Swans.

As a loyal supporter, I have become very nervous with the chatter surrounding what the Saints will have to give up for Dan Hanneberry.

While I admire him as a player, surrendering the number three pick would bring my association with the Saints into question.

I will not go into details of what I think the Saints should do other than to say trading the number three pick or even having the pick involved with a deal for Hanneberry is ridiculous and to be honest, bordering on incompetence.

Loyalty is a two-way street, supporters want to see those in positions of authority at our clubs act responsibly and work within the constraints of what they have both cap wise and player availability.

Henneberry is still a good player but nowhere good enough to give up the number third pick. 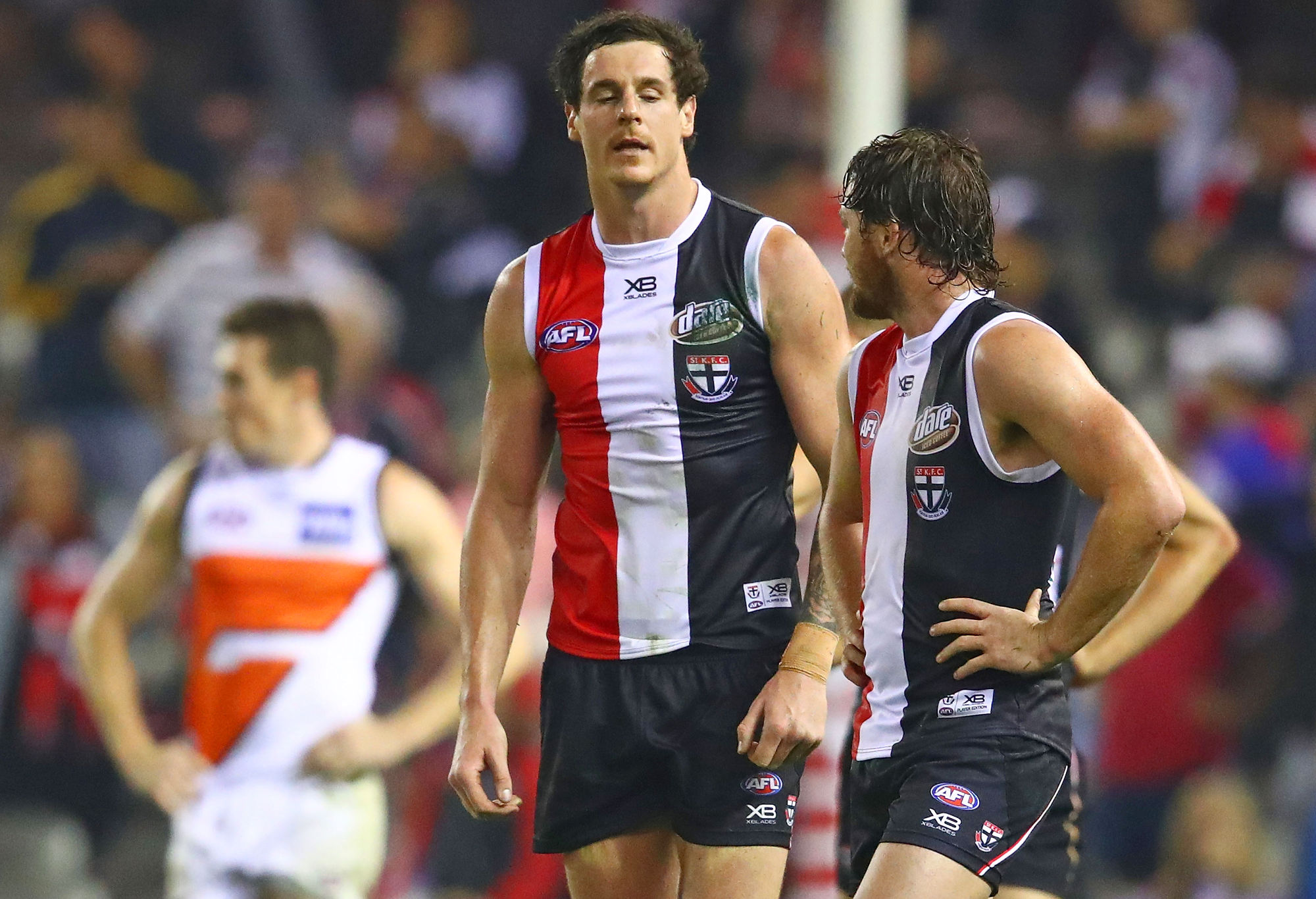 A few short seasons ago, St Kilda traded the fifth pick for Jake Carlisle when Essendon wouldn’t budge and Hawthorn were lurking.

Even though different people now sit in those positions, you have to worry as a supporter.

Last year, Gold Coast gave up the number two pick for Lachie Weller – and personally, I think Fremantle came away as the big winners in that exchange.

I keep hearing the term ‘super seven’ in AFL articles regarding this year’s draft. The experts are saying the third pick will result in a very good player.

The major problem the Saints have is that they have been surpassed by North Melbourne as a destination club. Ask Jared Polec.

Players want success, does playing for St Kilda give them that? What will Simon Leathlean and his team do?

Well, he will have to be bloody ruthless because no other attitude is going to bring the club back to a position of strength.

Moreover, if they do not play hardball what will the supporters be left with?

Perhaps, another year of mediocracy with the recruitment of players bought in because they couldn’t get the players they really wanted.

The same could be said for those loyal Carlton fans, a club with so much tradition and for so many years a powerhouse of the competition currently left languishing.

And what is the AFL’s position in all of this – have they been complicit in their duty as administrators?

For me, I will be watching intently. The choices the Saints make this offseason will determine whether I lace the boots up for another season.