It's time for Australia's new batsmen to shine

The new cricket season is upon us, with the Aussies already flying out to the Middle East for the Test series against Pakistan in early October.

This season is unique because of the suspension of two mainstay batsmen, the injuries to two of our four world-class bowlers and the new coach, who will be in charge for his first Test series.

While batting is the most impacted area, coach Justin Langer recently emphasised the importance of scoring hundreds, and this is where it will be interesting to watch the Shield season this year, where a host of young talent is on show. Can the young crop of batsmen heed Langer’s high-scoring mantra?

There are few encouraging signs already. Firstly, all the states have selected a good number of talented youngsters in their squads and have offered them contracts. The One-day Cup has started as well, with the young guns showing some good performances in the initial rounds

Based on this backdrop, I have tried to categorise the up-and-coming batsmen.

Group A – The next generation
Featuring Kurtis Patterson, Peter Handscomb, Cameron Bancroft, Joe Burns and Glenn Maxwell, this group is the next in line for Test selection. All of them barring Patterson have previous Test experience, and their time out of the team should do wonders for them in terms of mounting a comeback, especially for Handscomb and Bancroft. These guys should be plundering runs this Shield season and bringing the door down. 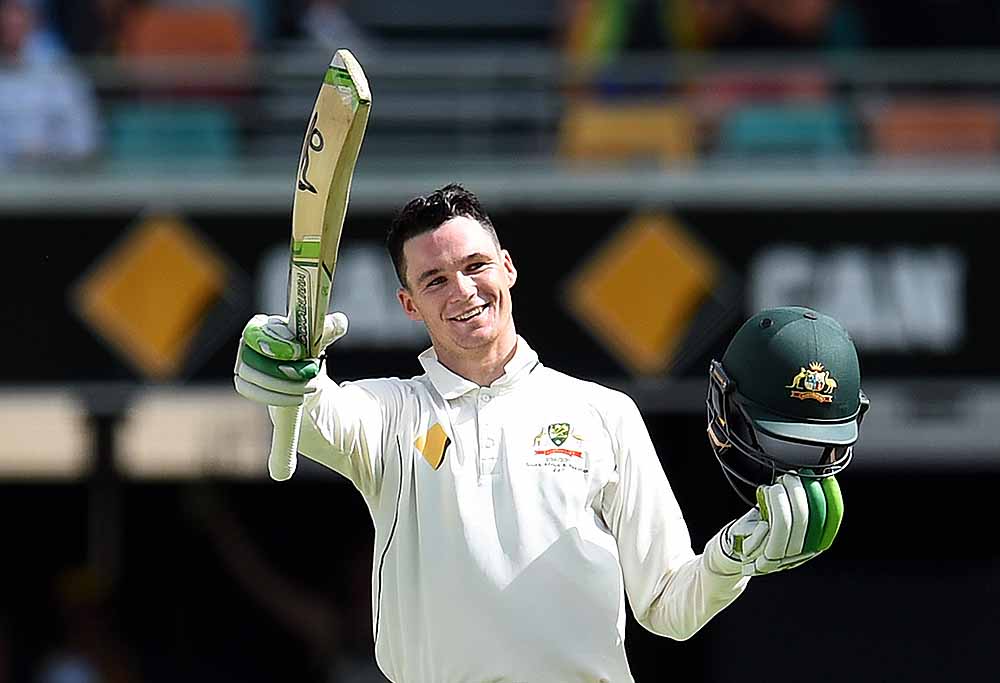 Group B – Watch out for them
Comprising Jake Weatherald, Jake Doran and Will Pucovski, these unbelievably talented guys are established in their states, but this will be the season we expect them to make good impressions. All of them scored tons last year in the Shield, but this year they need to be churning them out regularly for to be recognised by the selectors.

As you see, there are some really exciting players rising up through Australia’s batting stocks. The appointment of Chris Rogers at the National Cricket Centre and Langer as the national coach bodes well for these young guns.

Heaps of hundreds was what the Shield batsmen of the golden era were knowm for, and hopefully that’s a trend that will continue with Langer emphasising it this season.

One more thing to consider is having a serious A-team structure rather than just restricting it to one to two short series oer year. The more exposure this young talent gets, the better it’s going to be for Australian cricket in general.

The success of Justin Langer’s team and Cricket Australia would be to have a handful of batsmen knocking on the Test door come April next year, and not just the returning Steve Smith and David Warner

I’m awaiting this Shield season with a sense of anticipation and a positive feeling.