Despite not having had a team in top flight rugby league in Australia for around 35 years, Jets supporters appeared to outnumber Bulldogs fans at a ratio I’d estimate at about 8:1.

So what is it the NRL can learn from a foundation club that the NSWRL punted from its competition in 1983?

The Jets have done an amazing job of engaging with their local community. The demographics of modern day Newtown are very different to what they were for the bulk of the years they were in the NSWRL competition.

The Jets have recognised that and have created a culture that acknowledges and appreciates the rusted on, hard bitten traditional rugby league fan but also welcomes the casual fan into the fold as well. 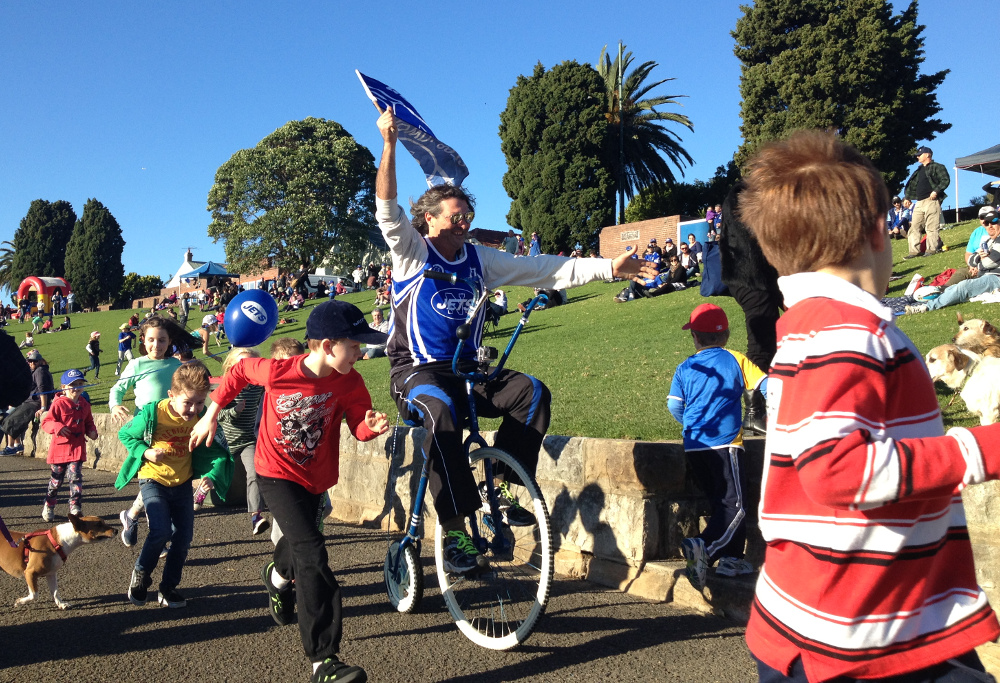 The strategy has been to make the Jets a big part of life in and around Newtown. I lived in Newtown for a couple of years in the early 2000s. Anyone who’s lived under the flight paths knows exactly why Newtown became the Jets.

It was great place to live with a wonderful vibe and an eclectic mix of people. From hippies to hipsters, students, freaks, punks, rockabillies, the genteel and the gentrified, the rough and the ready. It was always interesting and the Jets have tapped into that.

The Jets regularly had stalls at non traditional rugby league events like the annual Newtown festival where passionate club members would tell the history of the Jets, spruik memberships and sell merchandise. It doesn’t matter whether you follow other sports, or prefer music… there’s room for the Jets in your life.

They’re also happy for the Jets to be your second favourite team.

They have a presence at most of the pubs in the suburb, not to mention the fantastic Henson Park Hotel with its old school front bar, but with a games room for kids, great beer garden, kids play area and fantastic bistro. Like the Jets themselves, there is something for everyone.

It’s a really inclusive vibe and it doesn’t matter if you were born into rugby league or have only seen a couple of games you’re welcome at the Jets.

Merchandise has been a big part of it. Jets jerseys and caps have become a fashion item in Newtown and advertise a belonging to the club. At the grand final there were replica jerseys from 1981 and decades earlier.

Game day at Henson Park has been turned into an event, not just an afternoon at the footy. Advertising the attendance as 8,972 for every game – a running in-joke for decades – was a stroke of genius or a lightning bolt of good fortune. Every Jets fans knows what 8972 means and it’s a marketing slogan as much as the Jets brand itself. #weare8972

In the early 2000s they sold cans of KB at the ground. The stuff itself was pretty rank but it was wonderfully nostalgic to be sitting on the hill sipping from the golden can which for some reason smelled evocatively of my childhood and backyard bbq’s. They’ve moved on now… you can cans of New or if you’d prefer cans from some of the local breweries that have popped up around Newtown, Enmore and Marrickville like Young Henry’s Newtowner pale ale.

A few weeks ago Henson Park hosted the beer, food and footy festival where 20 independent brewers and dozens of food trucks and local restaurants had stalls. Watch the footy as intently as you like or catch up with your mates over some craft beer and gourmet food, all while wearing your Jets trucker cap.

Just keep an eye out for Traddy cutting laps on his penny farthing bicycle when the Jets score. Then there’s Jetman who sort of looks like a Jet and who usually has a trail of kids in his wake as he flexes and exhorts the crowd. 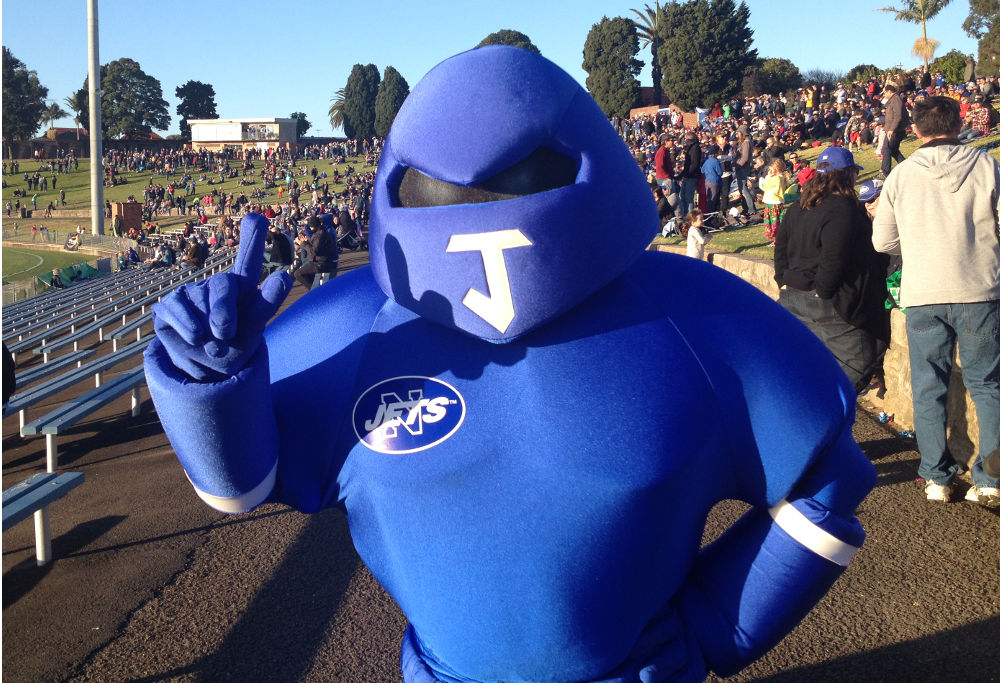 They’ve just done it so well. There’s respect for the unique history of the team from being a foundation club in 1908 to being kicked out of the comp in 1983, to reformation in 1990 and being a 90s powerhouse to evolving into a feeder club for NRL franchises like the Roosters, the Warriors and now the Sharks.

The club has and continues to work so hard at connecting with the local community. The NRL who so often appear to be locked in their ivory tower in Moore Park could definitely take a page from their book.