As a proud Australian, I followed every play of Jarryd Hayne’s brief stint with the San Francisco 49ers in 2015, which made me appreciate the game a lot more.

A trip to Hawaii some years back opened my eyes to how big the game is in the USA, with the selection of football periodicals in Barnes and Noble in Honolulu staggering.

And it’s not just the NFL. College football is covered extensively – there are even guides on high school football.

That Colin Kaepernick taking a knee during the national anthem can have such a profound social impact and even bring comment from President Donald Trump shows the deep roots the game has across the country.

Then there’s the fact that the NFL has the highest average crowd of any team sport in the world. There must be something to this game.

American football can seem mysterious and downright baffling at times, but give it a while and it can grow on you. It’s like that nugget of gold at the bottom of the pan: wash it and sift it long enough and it will be there bright and gleaming before your eyes.

So, I thought I would dip my toes into the turgid waters of the NFL. The aim will be to write a regular article featuring a wrap of recent events with an Australian emphasis – it will be more tomato sauce than ketchup.

Being an NFL newbie – or, should I say in the parlance, rookie – I expect to make a few fumbles, get sacked, maybe spill a Hail Mary or two, but hopefully can dust myself off and get back to the task of moving those chains. 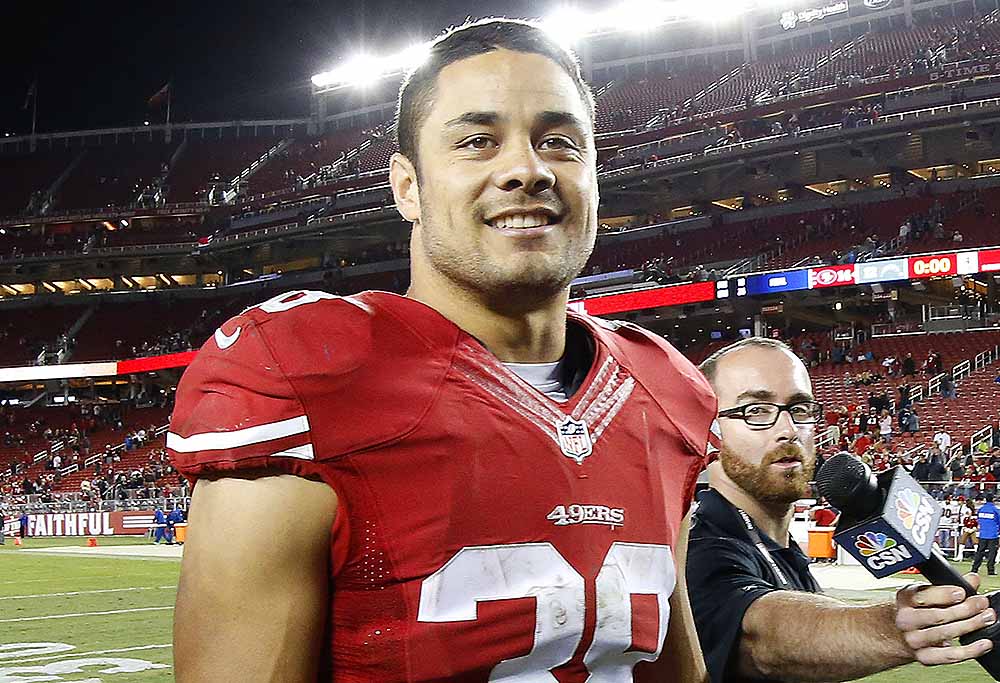 Week 3 of the season kicked off on Thursday night with a tight affair between the New York Jets and Cleveland Browns. Don’t you just love those Cleveland jerseys – chocolate brown and orange is so old school, could you imagine a modern design company coming up with that?

The match featured some inept play from the starting quarterbacks. Jets wonder boy Sam Darnold could hardly land a pass, while the Browns’ Tyrod Taylor also struggled and made more yards when he ran the ball himself.

Soon the Browns were down 14-0 and their fans were getting frustrated, starting a “Ba-ker, Ba-ker” chant for their lyrically named backup quarterback, Baker Mayfield. His name reminds me of the lead character, Holden Caulfield, in JD Salinger’s Catcher in the Rye and there were plenty of catchers on the end of Mayfield’s passes when he was subbed on just before halftime.

He started like a whirlwind and finished with 17 completions from 23 attempts for a total of 201 yards. It has already been confirmed he will be the Browns’ starting quarterback next week.

One of the best plays of the match featured the reversal of the roles of quarterback and receiver. With a bit of back-of-the-scrimmage trickery, the ball ended up in the hands of wide receiver Jarvis Landry. Just when you thought it was going to be a complete stuff up, Landry threw the forward pass to the receiver, who was actually the quarterback, Mayfield.

It was a two-point conversion that levelled the scores at a crucial time. What a tricky team they are. The Browns held on to win 21-17, snapping a 19-game winless streak.

The Miami Dolphins and Kansas City Chiefs are now the only teams in the AFC with 3-0 records. Miami beat a determined Oakland Raiders 28-20 while Kansas City put away the 49ers 38-27.

The Los Angeles Rams defeated crosstown rivals Los Angeles Chargers by 35-23 and are the only team in the NFC at 3-0.