We spent so much time in this finals series assuming that Richmond at least making the grand final if not winning it was essentially guaranteed that the task of analysis a Tiger-less decided has thrown us.

Collingwood vs West Coast is one of the more unlikely potential grand final scenarios that could have come out of last week’s matches, but also one of the most appealing.

These two after all played the closest and most entertaining match of the finals series just three weeks ago, West Coast eventually sneaking home at Optus Stadium.

That match saw both sides bring back players from medium to long term injury – Josh J Kennedy for the Eagles, Tyson Goldsack, Adam Treloar and Jeremy Howe for the Magpies.

All four of those players have had reasonably impressive returns in the finals so far and all have improved as the series has gone on, and that – along with, obviously, the change of venue – makes this a different ball game than it was three weeks ago.

In particular, after only having an influence late in the first week of finals, Kennedy was enormous in West Coast’s victory over Melbourne last week.

The key to victory for the Eagles on grand final day will be the dominance of their tall forwards, Kennedy and also Jack Darling, against Collingwood’s undersized and injury-riddled backline.

It was noted last week that the injuries that the personnel problems in Collingwood’s backline weren’t much of a factor against Richmond’s small forward line, and if anything probably shaped the ideal defensive unit to counter the Tigers.

However while Collingwood choked Richmond out of the contest pretty conclusively, Jack Riewoldt as a tall target still kicked five goals. It wasn’t enough to change the game, but how different can it be with West Coast who’ll have two tall targets?

Of course the other factor to consider here is the weather.

A lot of the talk leading up to the match is that it’s expected to be a cold and wet one, but right now at the moment of writing, Google weather tells me cold yes, rainy no.

If there’s good dry conditions then I reckon that, even though Collingwood will probably have the measure if not the better of West Coast in the midfield, I don’t think they’ll have an answer for Kennedy and Darling.

If there’s wet conditions then not only does that likely nullify the impact of West Coast’s talls but it also hurts their ability to move the ball quickly and precisely which is their other great strength.

My gut feel says that the weather will be not so bad after all and at the end of the day it’ll be blue and gold confetti you see shot out of those cannons. 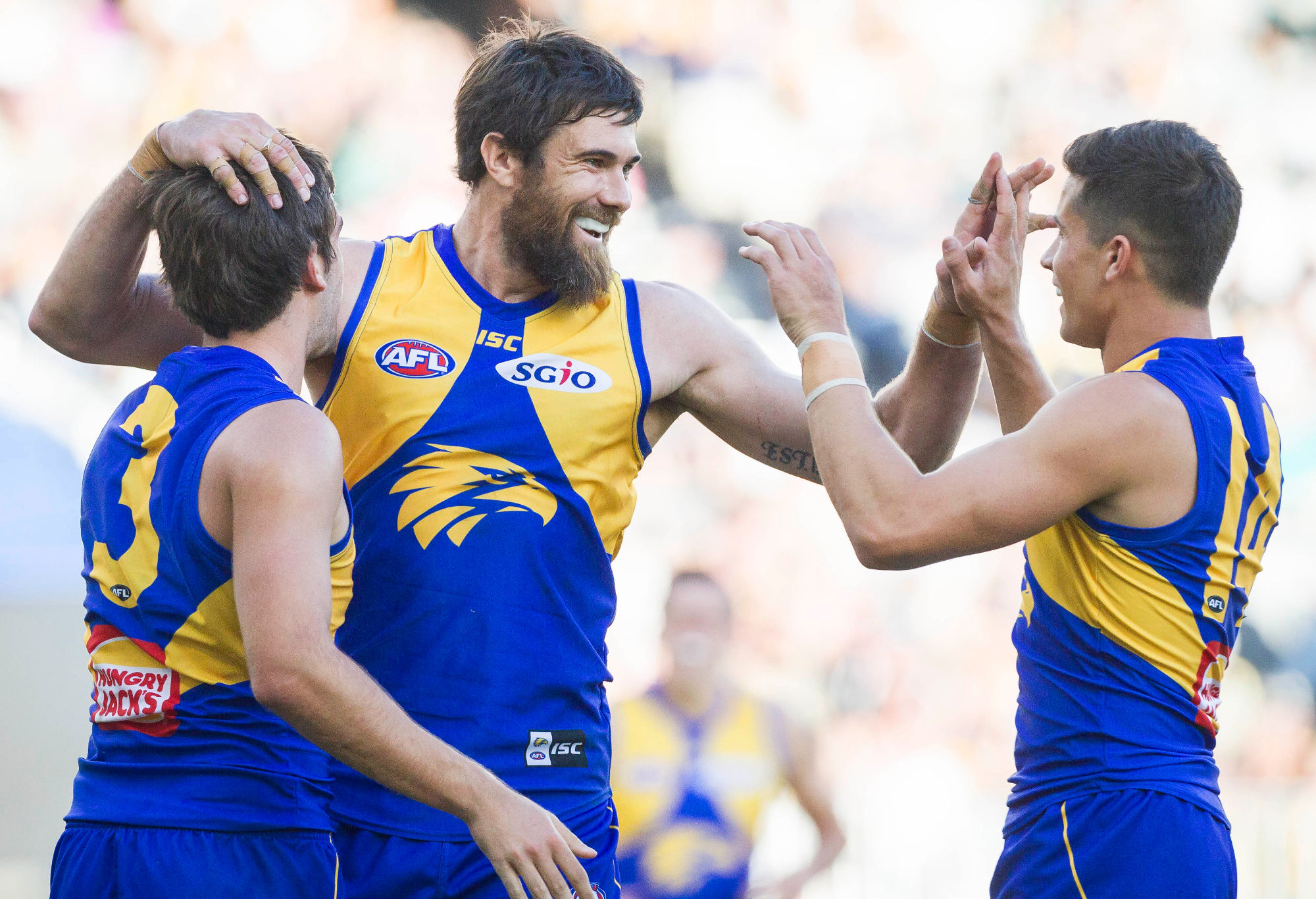 Cameron Rose
West Coast have beaten Collingwood twice already this season, but that hasn’t counted for much so far in the finals with three teams being defeated despite holding a 2-0 record in 2018 over their opponents.

This grand final puts together two teams that have been underrated all season, yet have kept on defying the critics. If that trend continues, it augurs well for the underdog Eagles.

TomC
These teams look even on paper, with Collingwood stronger in the midfield and the Eagles having an edge at the bookends.

It was West Coast’s forward line that was decisive in their last encounter; while the Magpies led until deep in the game once they stopped consistently winning the clearances they allowed important late goals to Josh Kennedy and Jack Darling.

Ultimately Collingwood will need their midfield to get on top. But with Brodie Grundy giving first use and Steele Sidebottom in extraordinary form that seems more likely than not.

At a neutral venue I’d have little hesitation in picking the Eagles on the basis of their key position strength.

With rain and cold weather forecast, and at the MCG that the Magpies play so well, I have to give the edge to Collingwood.

Norm Smith Medal: Steele Sidebottom.
First goal: Jordan De Goey, maybe. Beats me why this is something people want to bet on. 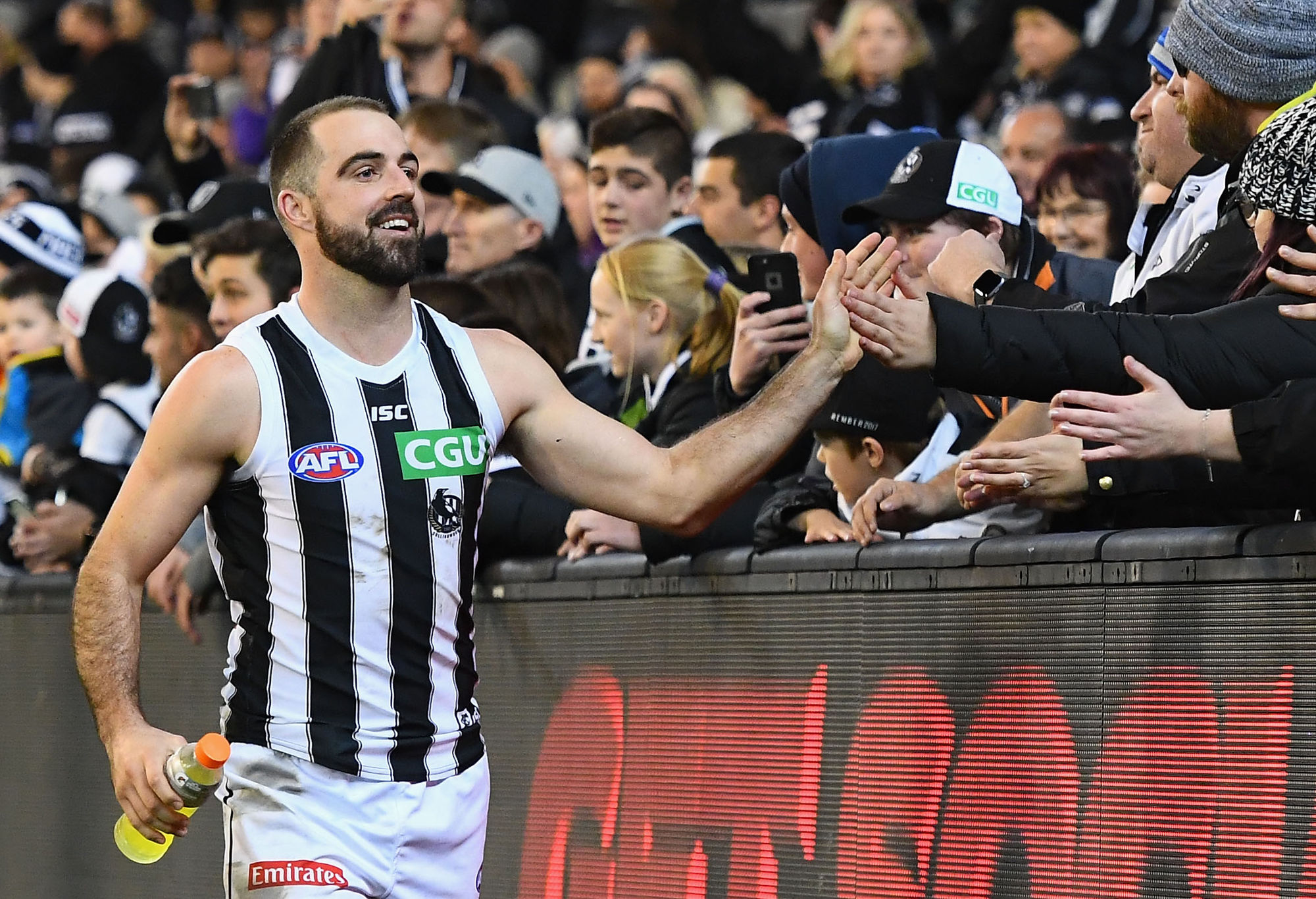