A blatant case of double standards

If you ever needed an example of double standards by the NRL, look no further than the Billy Slater shoulder charge on Sosaia Feki in the Melbourne Storm vs Cronulla Sharks game.

There was never any doubt at all that when Slater was charged that he would get off. After all it’s Billy Slater that we’re talking about here. Once the NRL’s top two prosecutors were unavailable and the Melbourne Storm hired a Legal Eagle who meticulously dissected Slater’s shoulder charge and put doubt in to the minds of the panel, the writing was on the wall.

You only have to go back to the State of Origin series this year when Slater was named Man of the Series even though he missed the first match through injury and Queensland lost the series.

That decision sparked heated debate amongst fans and raised serious doubts about the credibility of the Wally Lewis Medal, with no transparency at all on the votes awarded to players.

Make no mistake about it, Slater is the golden boy of the NRL and can do no wrong in the eyes of many. 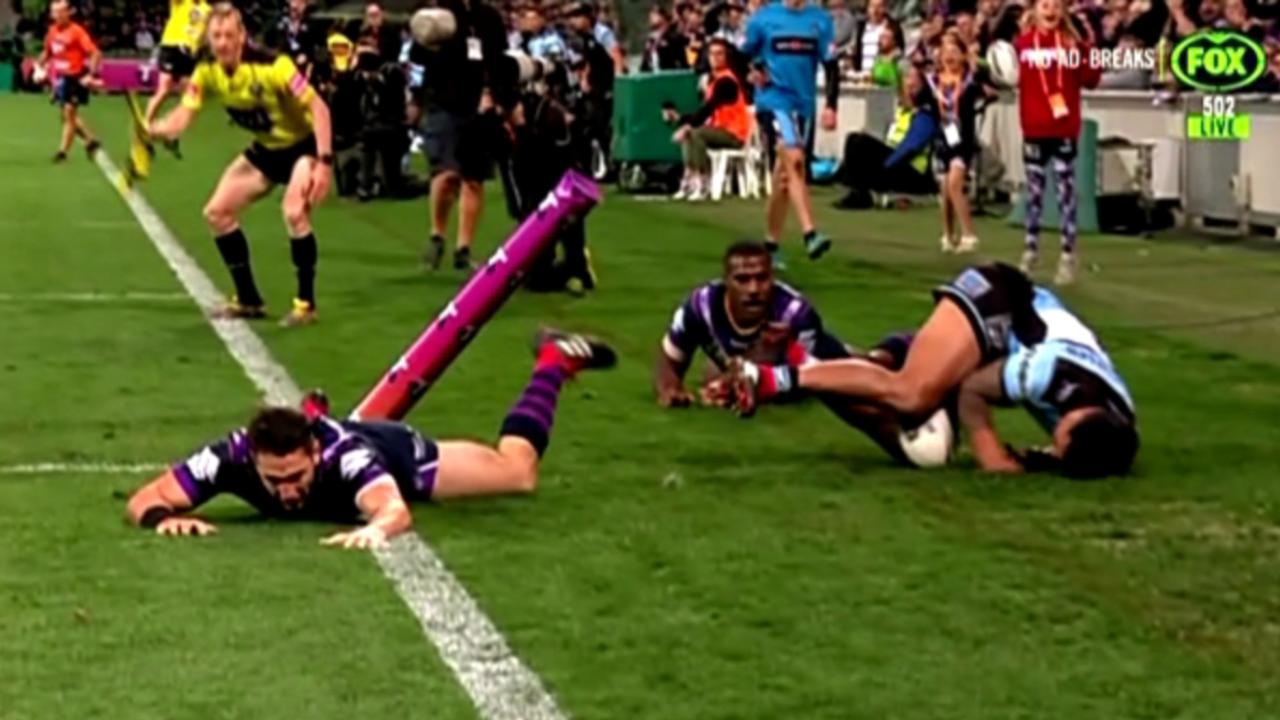 The aftermath of the Billy Slater incident

Did Slater at any stage extend either of his arms out and attempt to make a tackle? The jury is still out on that one.

The point that seems to have been missed here is that Slater’s shoulder charge denied Feki a try and the only benefit for the Sharks was a penalty. They did not receive a penalty try or 10 minutes in the bin for Slater.

Whether Feki got injured or not shouldn’t have influenced the panel’s decision, but that doesn’t appear to have been the case. Luckily Feki didn’t get injured, but he could have quite easily suffered a serious injury.

For Slater to describe his shoulder charge as “just an unfortunate collision” was totally predictable. What more would you expect from somebody who was charged and facing the prospect of missing out on playing in an NRL grand final and having his career ended on the spot?

Sure, Slater deserves to end his career by playing on the biggest stage, but should sentiment and emotion come in to the equation? Absolutely not.

Once again the inconsistencies with interpretations of the rules by the Match Review Committee and the Judiciary Panel is a blight on the game. By finding Slater not guilty of a shoulder charge the panel has now set a precedent. Their integrity has been brought in to question.

Good luck to Slater. He now has a golden opportunity to end his career on a high and get that fairytale ending that he so desires. More than likely if he has a half-decent match he’ll win a third Clive Churchill Medal to put in his cabinet.