The ‘I’m not sure who I want to win’ battle of the birds looms as an epic grand final hiding in plain sight.

For this is a big dance still reeling from the absence of the finals darling Demons and the confronting notion of a loveable Collingwood outfit.

Melbourne’s interminable premiership curse, coupled with its late-season surge always made it an easy sell for the neutral.

Magpies coach, Nathan Buckley’s remarkable comeback story is one thing. A grinning Eddie McGuire, sequinned Joffa and an ingrained black and white phobia quite another.

Even Collingwood’s lauded preliminary final rout of the Tigers can be seen – through a jaded lens – to have robbed us of the heightened sense of occasion back-to-back flag chasing Richmond would have brought to football’s showpiece.

Letting more air out of the grand final hype tyres is an Eagles side occupying an awkward no man’s land between feared interstate juggernaut and likeable outsider.

External doubts as to West Coast’s finals bona fides were perhaps best reflected by widespread fears of a worst-case grand final scenario involving an Eagles mauling at the hands of the Tigers.

Yet, lurking beneath this sea of relative disillusionment is the makings of a spring classic.

Of course, the thriller played out between these sides in Perth almost three weeks ago and provides a hugely encouraging test case for Saturday’s big one.

Ultimately, the Pies’ midfield dominance was not enough to withstand the Eagles’ fourth-quarter onslaught.

And yet, look closer and you can see how finely balanced this return bout promises to be.

On his return from injury, Josh Kennedy essentially used the qualifying final to play himself into the sublime form on such obvious display last week against the Demons.

Largely anonymous during the Optus Stadium showdown, Mason Cox’s preliminary final attacking masterclass a reminder of the fruit that can be borne from Collingwood’s midfield labour.

The Pies’ beatdown of the Tigers the sort of transformational victory which renders Saturday’s finals-hardened Collingwood team unrecognisable from the plucky upstart that headed west on a wing and a prayer.

Yet the Eagles’ ambush of Melbourne the next day – spearheaded by twin towers, Kennedy and Jack Darling – must have sent shudders through the Collingwood camp. 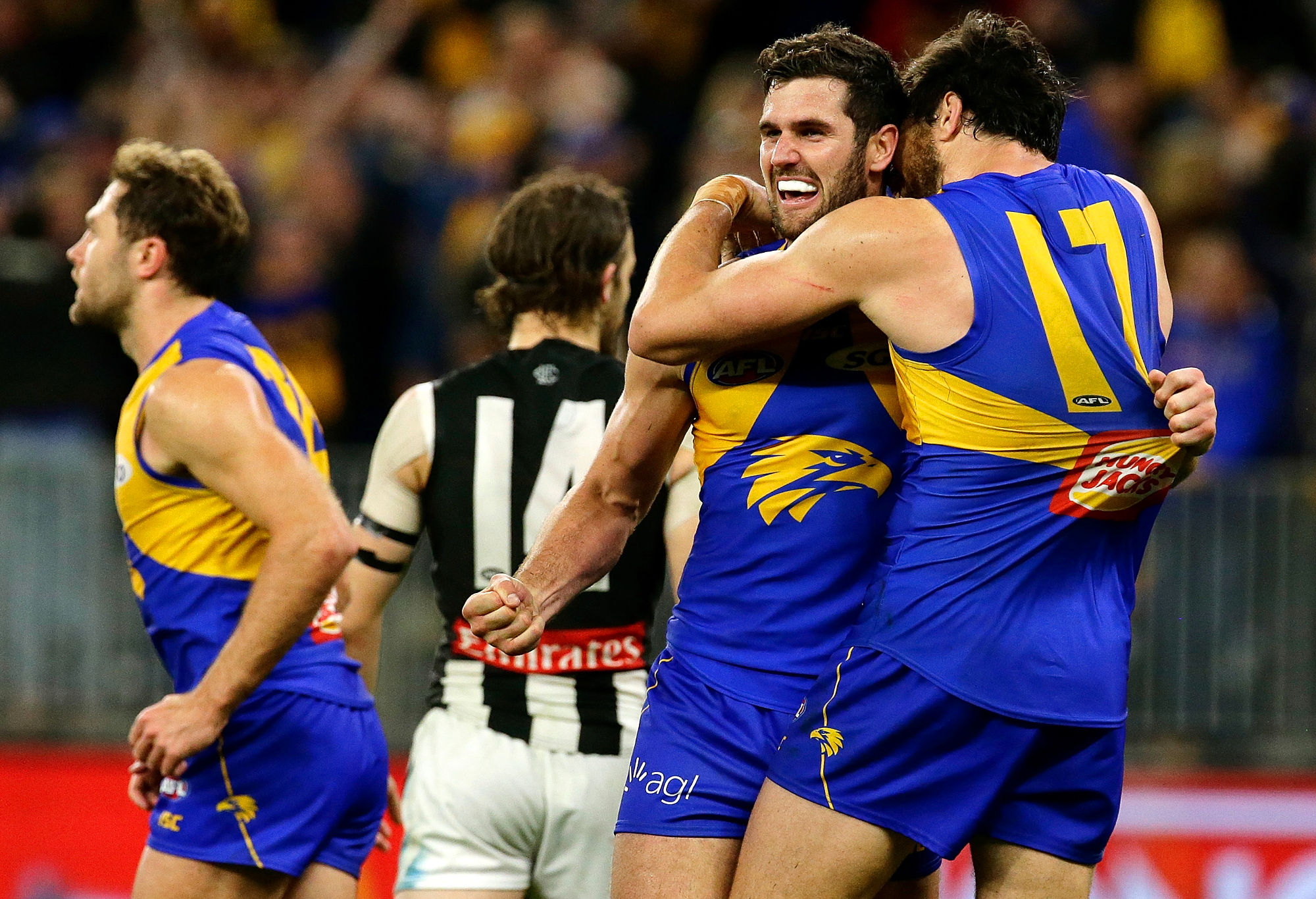 In the Demons, West Coast could be said to have handpicked its sparring partner ahead of its big fight with the Pies.

An elite young small ball team – headlined by a richly talented midfield bunch – with question marks hanging over its key defensive capability. Remind you of anyone?

It was ugly, but it was also played out in a deafening blue and gold cauldron.

Needless to say, Melbourne in grand final week is a different beast, so much so that fears of interstate stage fright have even been revived
following the Crows’ capitulation to Richmond in last year’s decider.

One only need listen to Adelaide’s Josh Jenkins ruefully recounting his 2017 grand final experience/nightmare to appreciate the extreme pressure that can be felt by a foreign raider.

And yet the risk of West Coast laying an egg on Saturday is surely mitigated in part by the experience of its grand final horror show against the Hawks in 2015.

Which leaves the weather and a maximum of 14 degrees, a far cry from sun-drenched Subiaco. And yet rain the real risk of West Coast losing its grip on this year’s premiership cup.

It was an embarrassment for Collingwood to have finished 17th in 2021 as they could be touted as footy’s version of Manchester United.

Collingwood endured a torrid season everywhere from the board room to the playing field, the coaches box and recruitment department, with people exiting the Holden Centre en masse.

One of the criminal charges, forcible touching, laid against Collingwood AFL star Jordan De Goey has been dropped by New York prosecutors.