As the curtain raiser to the NRL grand final, the winners of the Queensland Cup will take on the NSW Cup champions.

In NSW the Canterbury Bankstown Bulldogs ran out 18-12 winners over the Newtown Jets, while in the Queensland Cup the Redcliffe Dolphins beat the Easts Tigers 36-22 at Suncorp Stadium.

Here’s the Bulldogs side who will take on the Dolphins on Sunday.

1 Mason Cerruto
Cerruto represented Italy at the 2017 Rugby League World Cup. He chimes into the backline nicely, is a handy ball player and can be a hard man to put down. He’s run for over 200 metres in his three finals games this season and had 11 tackle busts in last week’s Grand Final against Newtown.

2 Josh Bergamin
Has come up through the Dogs junior rep teams. Scored two tries against a full strength Panthers team in a trial at the start of the year. Combined with Zac Woolford for a fantastic try against the Jets.

3 Morgan Harper
Very talented young player who will be in contention to take Josh Morris’ first grade jersey next season. Came up with a spectacular play with scores locked and 10 minutes on the clock in last week’s grand final against Newtown.

Jets winger Matt Evans slipped as he fielded a kick and got up gingerly. Like a lion pouncing on a wounded gazelle, Harper hammered him, stripped the ball and ran 20 metres to score, effectively winning the game for the Bulldogs.

4 John Olive
A former Australian schoolboy player, Olive has played some first grade for the Bulldogs, Titans and Rabbitohs but hasn’t been able to lock down a permanent spot. He probably falls more in the solid rather than spectacular category but definitely has potential when at his best.

5 Jayden Okunbor
Giant man with dreads wearing blue and white so he’s immediately reminiscent of Jamal Idris. Okunbor was a backrower who this season has made a successful transition to the wing – he must hate it!

Came up with a great play in the Dogs semi final against the Wyong Roos. The Roos had an overlap and looked sure to score if they got the ball right. Okunbor came flying in off his wing to not only stop the play with a crunching tackle but also managed to effect a one-on-one strip and then outpace the opposition on an 80-metre sprint to the try line.

6 Josh Cleeland
For the life of me I can’t work out why Cleeland hasn’t had a crack in first grade, particularly when the Dogs have had troubles in the halves for a while.

He’s been outstanding every time I’ve seen him play. He reads and controls a game well, has lightning acceleration and footwork and an immaculate kicking game.

Cleeland scored a brilliant individual try against the Roos where a defender rushed up to hurry him on the last.

Cleeland dummied the kick and stepped three defenders to score. The next week against the Dragons he had three try assists. He’s hard to miss in his white headgear and will be my bet for man of the match if the Dogs win.

7 Fa’amanu Brown
I’ve got a lot of time for this guy. He’s been playing hooker with Matt Frawley at half until last week. He’s a smart player and has scored a couple of important tries during this semi final series with good game acumen and shark acceleration.

8 Renouf To’omaga
I can see To’omaga getting more first grade time next year. He’s a big bloke who really bends the line and can whack in defence.

I wouldn’t be surprised if he became a bit of a cult hero. The big fella showed his softer side by dropping to one knee and proposing to his girlfriend in front of Canterbury fans after last week’s win.

9 Zac Woolford
I sometimes wonder how it is that Michael Lichaa has played five years of first grade and Woolford is yet to get his first game.

Woolford set up a cracking try in the grand final. Coming into dummy half near the Jets line he looked up and noted the Jets winger was standing a bit infield.

Woolford’s body language gave nothing away as he looked all the world like he was going openside.

Quick as a flash he threw a bullet like left to right pass straight onto winger Bergamin’s chest who was hugging the sideline to score in the corner. “Absolute magic” said Phil Gould. 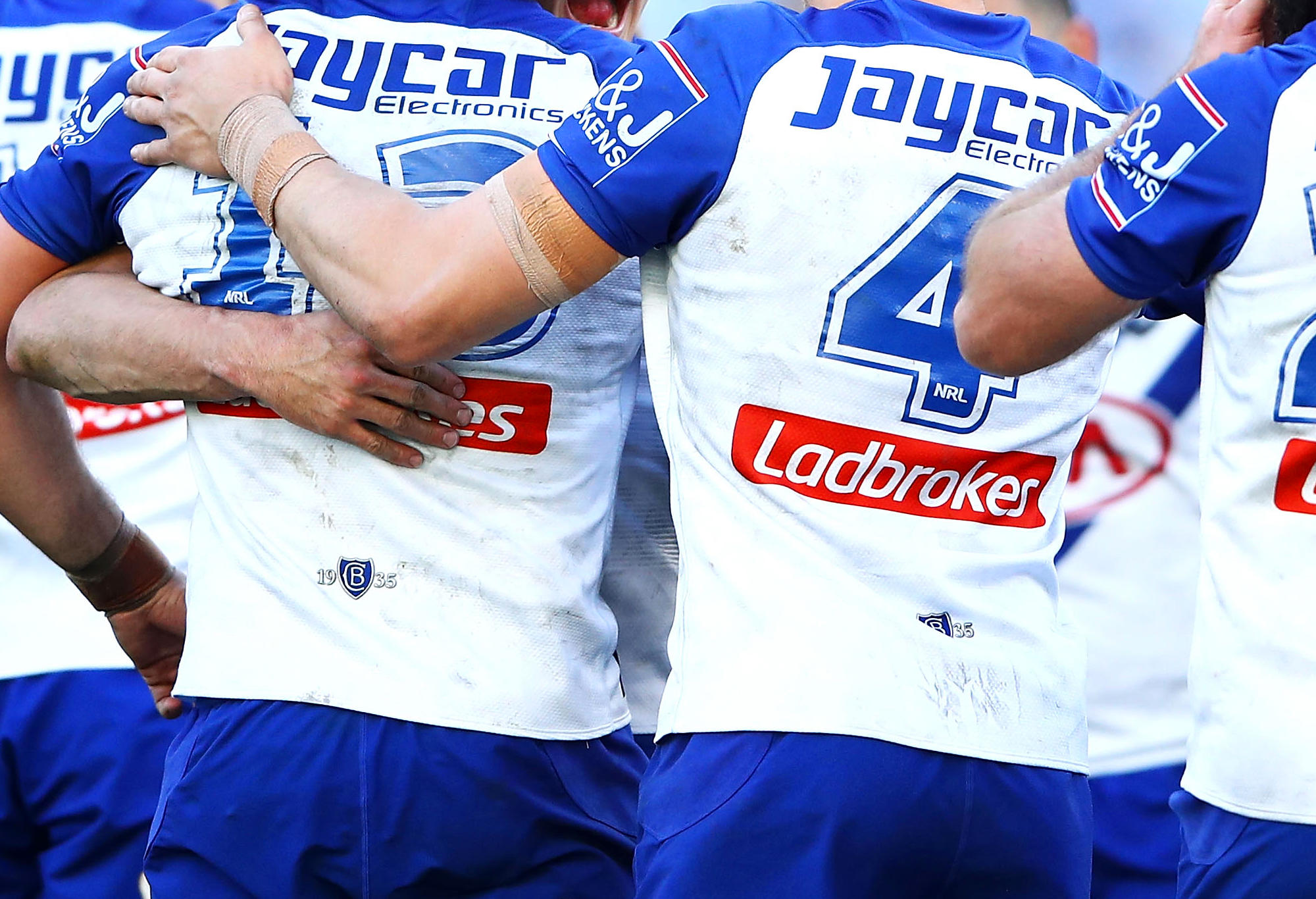 10 Francis Tualau
Tualau is another big unit who has played 10 first grade games, mostly off the bench. Forms a great engine room with To’omaga and Eastwood

11 Ofahiki Ogden
Another player with first grade experience and hopefully a lot more to come. Ogden has played in the middle third most of the season but has excelled since moving out to the edge following Asipeli Fine’s injury. He will still see plenty of action in the middle third. Also possesses one of the best names in rugby league.

12 Rhyse Martin (c)
I’ve been banging on about this bloke getting a chance for a while so this has been a really fulfilling season. Martin had a great World Cup with Papua New Guinea and finally got his NRL debut against the Broncos where he scored with his first touch of the ball.

Scored 24 of 28 points in a game against the Raiders with three tries, four conversions and two penalty goals. Runs great lines, whacks in defence and kicks goals at 95 per cent. What can’t he do?

13 Greg Eastwood
The Beast needs no introduction. This will be the big man’s final game for the Dogs after being a loyal servant in two spells at the club. Hopefully he can be sent out a winner.