Tasmania needs a team in the AFL

Tasmania deserves their own team in the Australian Football League. Across the whole state, there is a country feel to Tassie and Tasmanians would really get around a team of their own.

There has been one major reason why the AFL is careful of granting Tasmania a team. Money. The AFL thinks that Tasmania wouldn’t be able to fund and support their own team.

No sporting code has given the apple island a chance to succeed.

Fitzroy, St Kilda, Hawthorn and North Melbourne have played AFL premiership season games in Tasmania but there has been no real presence of Tasmania’s own team.

Hawthorn does have strong support in Northern Tasmania while playing games at the University of Tasmania Stadium in Launceston while the Kangaroos have been playing games at Blundstone Arena in Hobart since 2012. 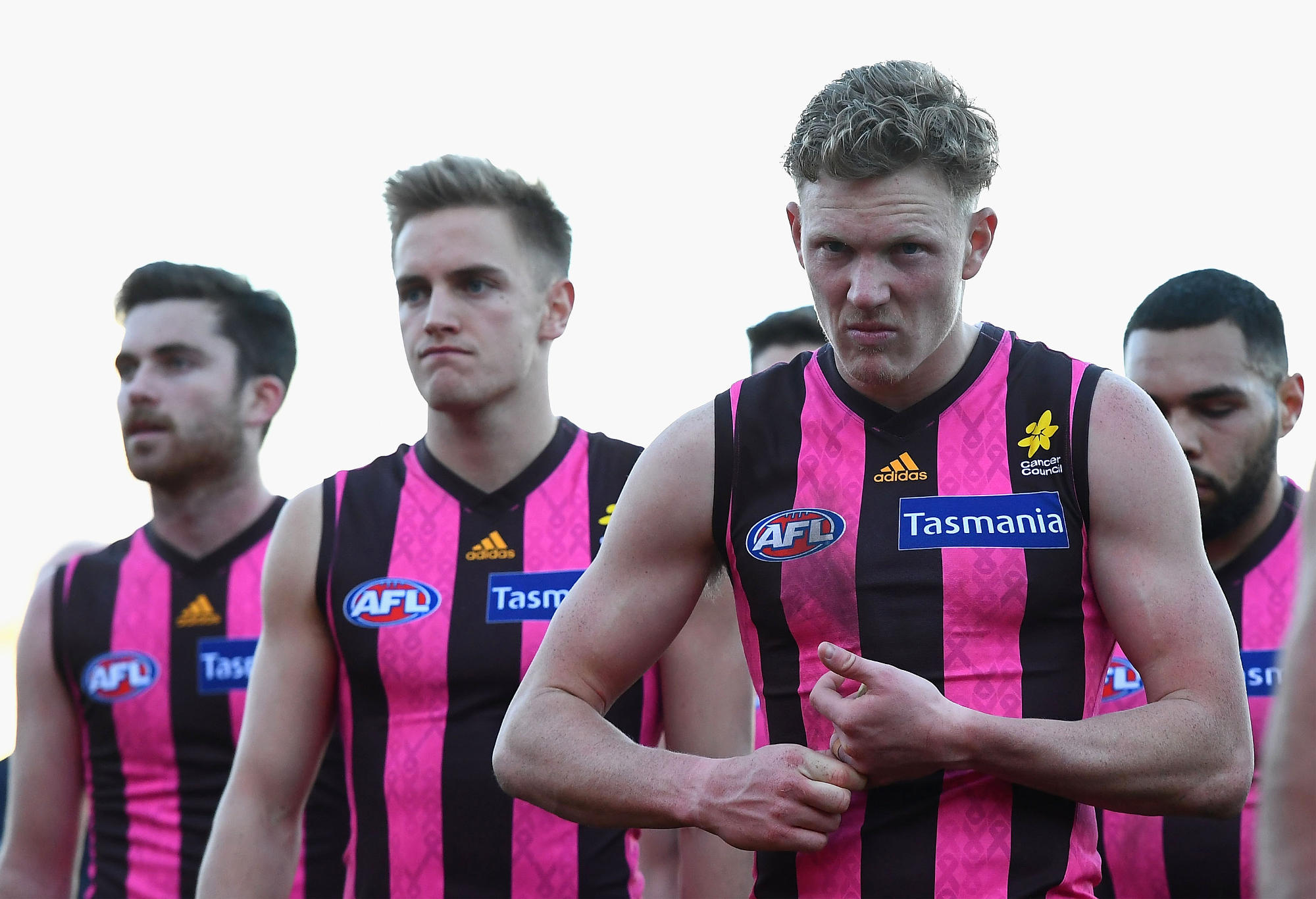 Hawthorn have a deal to play games in Tasmania (Photo: Quinn Rooney/Getty Images)

North Hobart Oval is the other ground in Tasmania to have been used for AFL Home and Away games hosting Fitzroy games in the 1990s.

When the AFL granted the 17th and 18th licences in 2008, Tasmanians were left heartbroken after their bid failed once again.

There were sponsorships from Mars and My State Financial that would have provided key sponsorship for the Tasmanian club if they were granted a licence. However, the Gold Coast Suns and Greater Western Sydney Giants were given the honour of joining the AFL.

Lately, there has been talk of relocating the Gold Coast Suns but that would be a disastrous move from the AFL and creating a new club for Tasmania would be the better option.

The Tasmanian Devils will return to the Victorian Football League in the next couple of years as well as an AFL Victoria TAC Cup team to compete as well.

If the Australian Football League wants to be a truly national competition, then Tasmania needs their own team. Tasmanians love football and it is just unfair for them if they didn’t have their own team.

Tasmanian Football is growing and if Tasmania was to have their own football club in our truly national competition then it would be a great move and a club for all Tasmanians to embrace.