The Sydney Roosters produced a masterclass performance against the Melbourne Storm winning 21-6 to claim their 14th premiership and third of the NRL era. Here are their players ratings from the grand final.

With the spotlight on Cooper Cronk’s fitness in the lead-up to the match, the Roosters went about their business quietly during the week and started the game with a bang. Led by Luke Keary and Latrell Mitchell, the Roosters scored tries through Daniel Tupou, Mitchell and Joseph Manu as they won their first title since the 2013 season.

Anyway, onto the ratings.

James Tedesco – 7/10
Tedesco looked dangerous at the back with 99 kick return metres. He set Mitchell up to score and came up with a try-saving tackle on Nelson Asofa-Solomona.

The fullback provided the quick short ball to put Joseph Manu over for the Roosters’ third try of the evening, bringing Josh Addo-Carr off his wing. He nearly helped create a third try down the right edge only for Blake Ferguson to be denied of the opportunity ruled in-touch.

Latrell Mitchell – 8
Mitchell kicked three penalty goals and converted one goal from three attempts. He got the better of his opposite number Will Chambers, scoring a try in the 14th minute and coming up with two crucial try-saving tackles. Mitchell also applied pressure to Suliasi Vunivalu, forcing the winger to make the error in the kick contest. 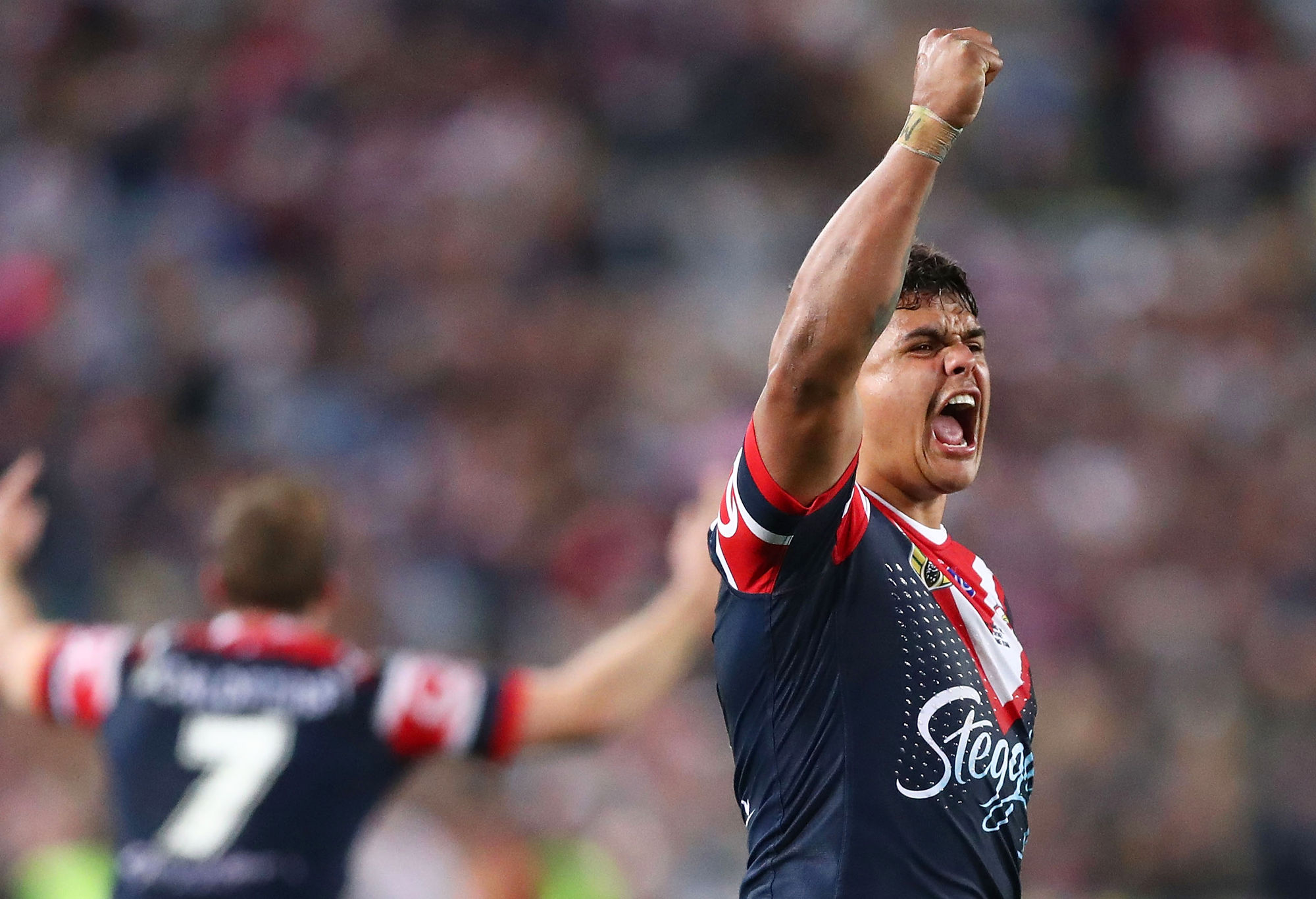 Blake Ferguson – 7
Ferguson didn’t find the stripe but came extremely close, called back for a foot in-touch early in the second half. Almost set up Sio Siua Taukeiaho early in the first half off the Luke Keary chip, denied by the touchline. Also created a strong tackle to force Josh Addo-Carr in-touch.

Luke Keary – 9
Keary hardly put a foot wrong. Taking the chief playmaker role from Cooper Cronk, he created the cut-out ball for Daniel Tupou to score the first try of the match. He continued to control the left edge to provide an overlap for Latrell Mitchell to score.

Keary nearly set up another try early in the second-half off the back of an offload, only for Blake Ferguson to go in to touch. Intercepted by Josh Addo-Carr to concede a try, the only mistake of his game. Recovered to ice a field goal and put the Roosters in front 19-6.

Cooper Cronk – 6
A late inclusion while nursing a severe shoulder injury. He may not have touched the ball but Cronk played an influential role in leading the Roosters to victory. Controlled the game from behind play and put in a couple of bomb kicks, forcing a repeat set in the lead-up to Daniel Tupou’s opening try.

Jared Waerea-Hargreaves – 7
Laid the platform with 14 hit-ups for 111 metres gained. Two tackle busts and a great charge in the lead-up to Latrell Mitchell’s try.

Jake Friend – 9
Friend played arguably his best game of the season, controlling the speed of the ruck. He swooped on a Nelson Asofa-Solomona error to gain 40 metres and draw a professional foul from Cameron Munster resulting in a sin-bin. Also forced the error on Dale Finucane and put Josh Addo-Carr in to touch as cover defence, one of 43 tackles for the evening.

Sio Siua Taukeiaho – 6
Looked strong with the ball in hand, running for 125 metres. Almost scored off Blake Ferguson’s bat inside, only to be denied by the touchline. Came up with the try-saving tackle on Nelson Asofa-Solomona. Turned the ball over from Curtis Scott with two minutes remaining.

Boyd Cordner – 7
Cordner created a big half-break in the third minute, drawing the penalty from Will Chambers and resulting in a penalty goal. Ran for 143 metres with five tackle busts. 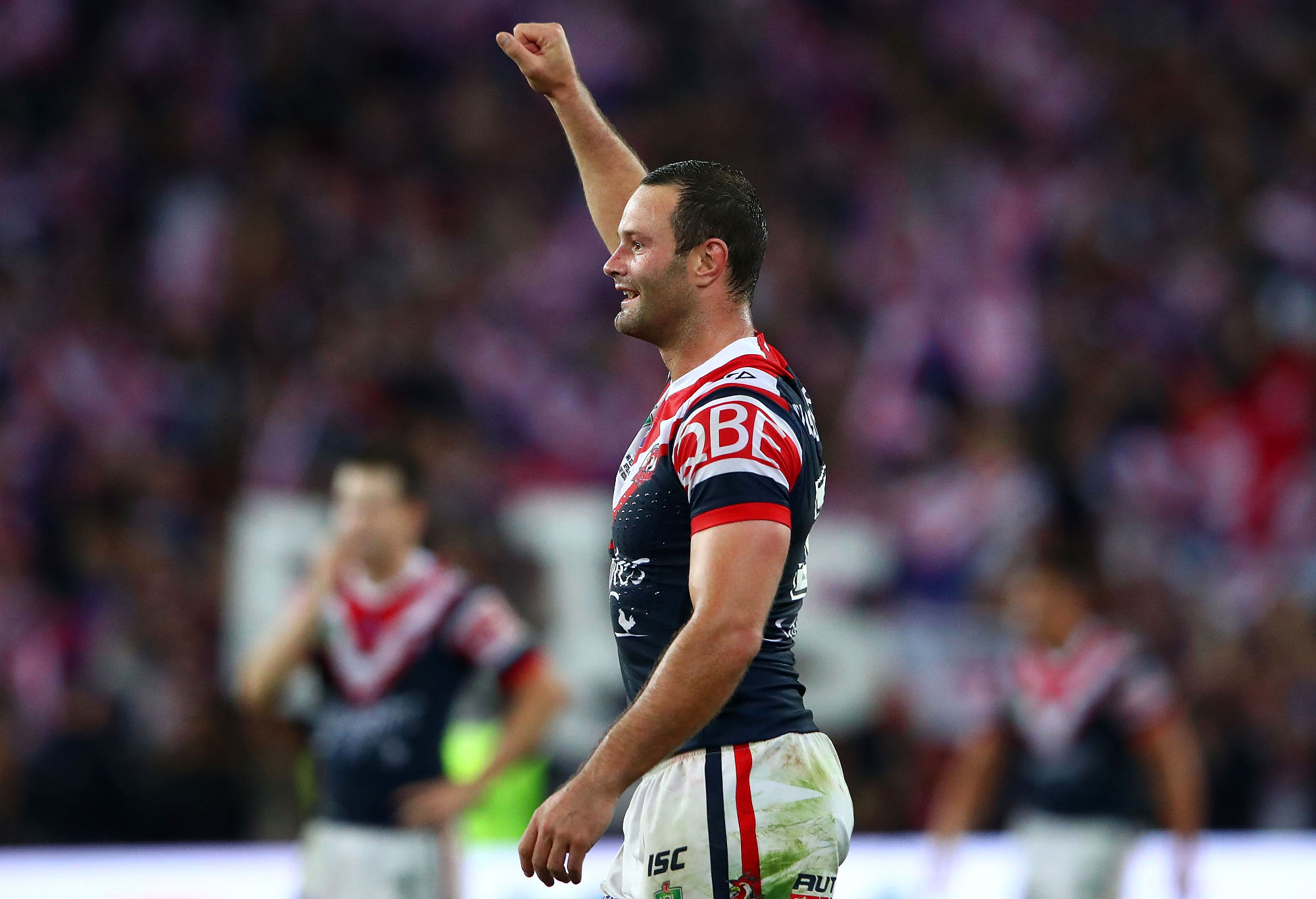 Victor Radley – 5
Conceded two penalties on his own line late in the game, helped Luke Keary at lock to get the Roosters’ forwards going forward and completed twenty tackles.

Isaac Liu – 5
36-minute stint off the bench, running for 115 metres with two tackle busts and 18 tackles. He was strong in the middle of the park.

Dylan Napa – 4
The Queensland firebrand only played 23 minutes. Five runs for 42 metres and 16 tackles in defence.

Zane Tetevano – 4
Played for twenty minutes but made plenty of impact running for 83 metres from nine touches.

Ryan Matterson – 6
Conceded a penalty early on in his 31-minute appearance then came up with a line break on Felise Kaufusi early in the second half. He also made a try-saving tackle on Brandon Smith before providing a flick pass to Luke Keary, nearly creating space for Daniel Tupou down the left edge. 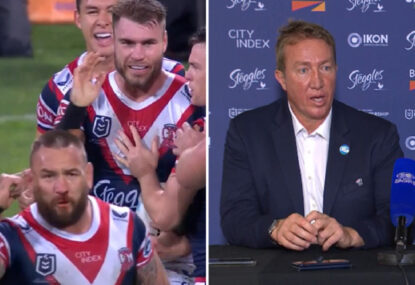 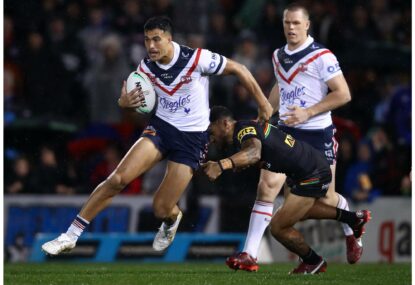