The NPL season is coming to an end this Sunday with South Australia’s Campbelltown City taking on the Queensland Lions at Steve Woodcock Sports Centre at 3:30pm not only for the title but for a place in the 2019 FFA Cup Round of 32.

They won their quarter-final 3-0 thanks to goals from Alex Mullen, who played one match for Sydney FC, and a double from Luigi Di Troia.

Key player
Iain Fyfe has been a great leader for Campbelltown this season. His experience will be key.

Why they could win
The Reds have not lost at home since an FFA Cup game against Adelaide City in May. Campbelltown should have a big advantage on the muddy pitches of NPLSA that have been criticised by Marco Kurz.

Why they could lose
The Lions have great wingers and Campbelltown don’t have great fullbacks. As a result, the Reds may have trouble with the pace of Queensland’s wide men.

As for the Lions, they beat reigning premiers and FFA Cup quarter-finalists Heidelberg United in a penalty shootout last Tuesday Night, with the score locked at one-all after regulation time thanks to a 20th-minute goal from Scottish player Nathan Shepherd.

The Lions won their quarter-final 1-0 against northern NSW side Edgeworth, the goal coming from striker Marek Madle. 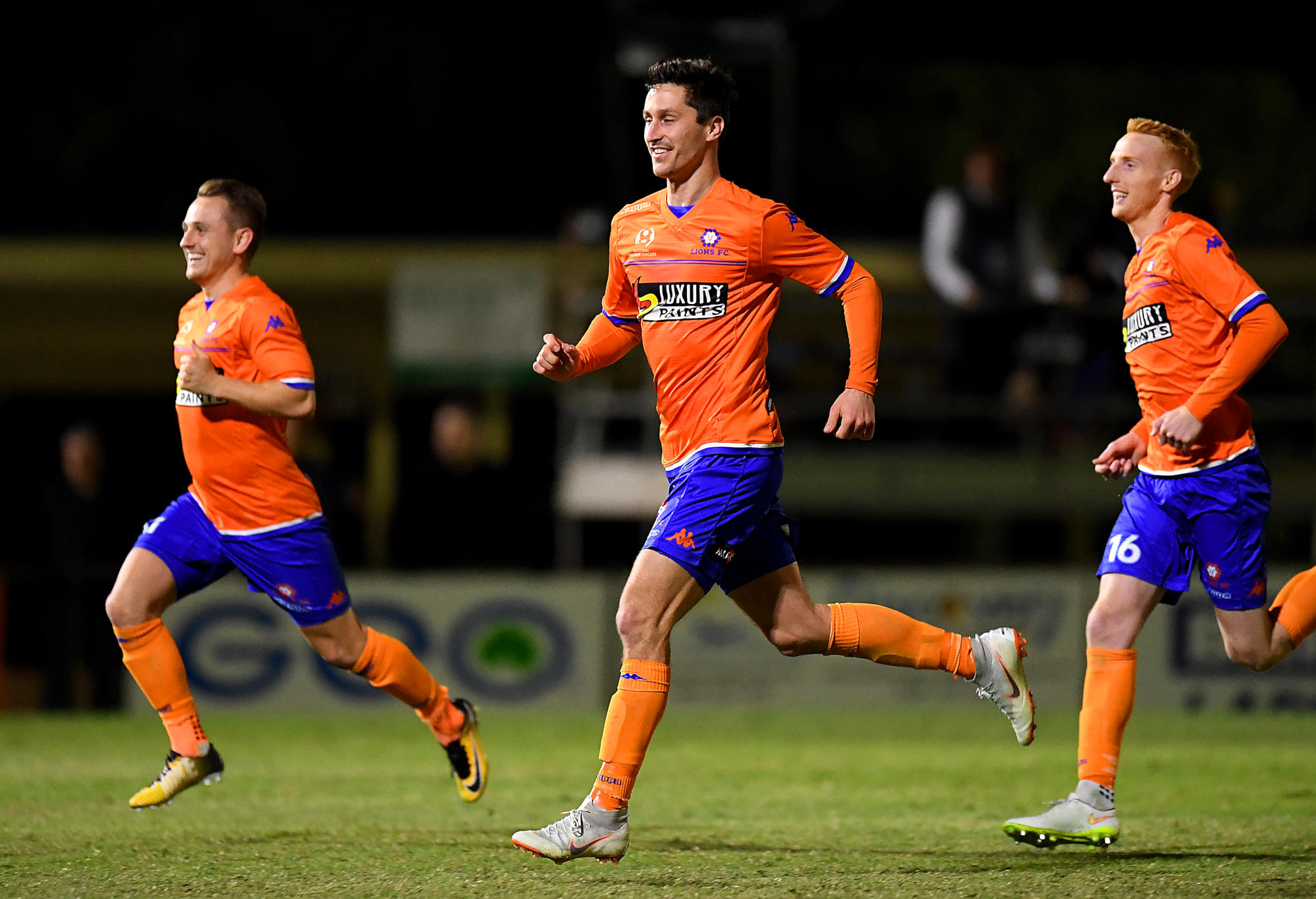 Key player
Luke Borean has been outstanding this season, conceding only 11 goals in 26 games in the regular season.

Why they could win
A clean sheet will win this game. The Lions’ defence not only includes Borean but also features ex-Wellington Phoenix left-back Josh Brindell-South, and they should have no problem keeping their opponents scoreless.

Why they could lose
The Lions have been lucky to play against ten-man teams in their two previous games, and they only just won those matches. Campbelltown are a highly disciplined outfit, and Lions will presumably have to play against 11 men throughout the match.

Prediction
Both sides have played incredibly well this finals series, and spectators should be in for a great game. The Lions look better on paper and will most likely be the victors in this game, although it will be a nailbiter.

But I couldn’t wrap up this finals preview without addressing this match’s scheduling.

Does National Premier Leagues understand Sunday is NRL grand final day and that this weekend also featured the AFL grand final on Saturday? It’s one of the most significant and congested weekends in Australian sport.

Only around 100 to 200 people watched the live stream for the Campbelltown vs Sydney Olympic matc last Saturday because of the AFL and NRL preliminary finals, and there’ll be very few people who will watch this game because it’s on NRL grand final day. Queenslanders, being from an NRL state, are of particular risk of not tuning in.

If National Premier Leagues want people to watch or attend the NPL finals next year, scheduling needs to be addressed.