Now the NRL is over, the best part of the rugby league season begins

Over the next couple of months, we’ll find out if rugby league has really made any lasting progress since the 2017 World Cup.

The tournament in Australia, New Zealand and Papua New Guinea wasn’t very successful financially – the profit was roughly 65 per cent of what was forecast – and since then, the promoter of the 2025 World Cup in North America has found himself in debt to two of the Big Three national leagues.

With the NRL grand final run and won and Super League’s decider less than a fortnight away, the ‘focus’ is on international football. I use quotation marks because a very large part of the game’s Australian demographic will never care – which is one of the main reasons for the failure of last year’s tournament.

But, since this time last year, we’ve seen Tonga emerge as a transcendent property which the sport has struggled to accommodate within its existing structures, and Aussie players needing to take pay cuts in order to play against the Mate Ma’a at Mt Smart Stadium on October 20.

Another thing that has changed is the Rugby League International Federation no long has just one employee, but three. That should enable it to be more sophisticated in its day-to-day operations. 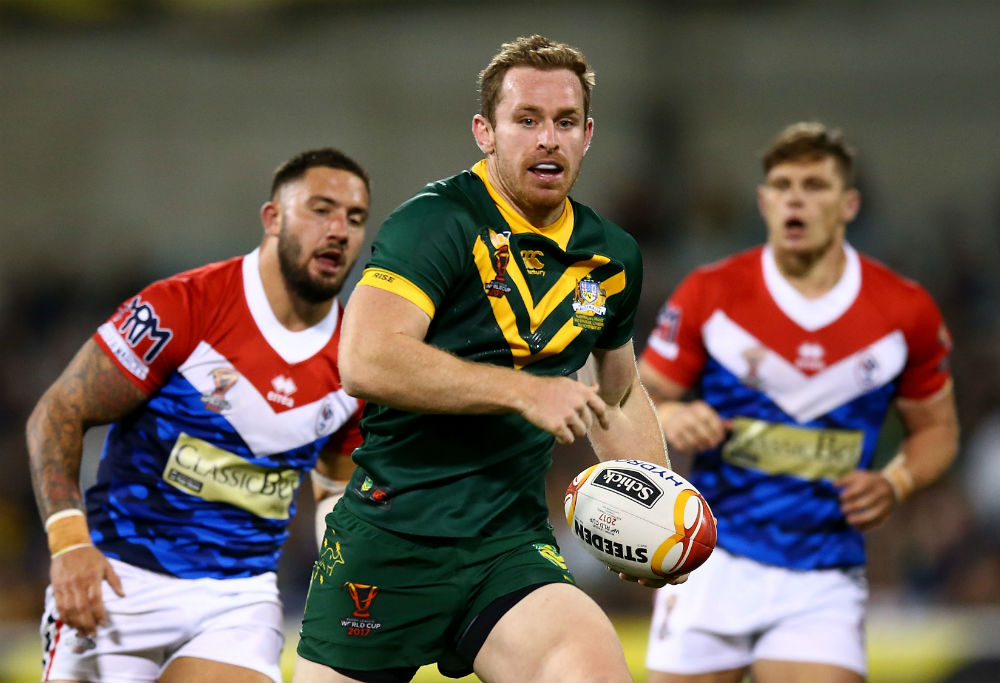 The sport has been recognised by Sport Accord, after a long fight. In theory, this should make it easier to access funding in myriad countries.

The Kiwis themselves have an opportunity to get back to an even keel after a disastrous World Cup. They host Australia in a match which should turn a profit – even if outdrawn by the Tonga game a week later – and play three big northern stadiums on their trip to Britain before returning via France.

After swamping a young Kiwis side in Denver and losing the World Cup final by only six points, Wayne Bennett-coached England can fairly be expected to account for an improved Kiwi team under Michael Maguire.

But with his Brisbane days officially numbered, will Bennett stay in charge until England hosts the 2021 World Cup? He famously said coaching Australia is not a full-time job – perhaps, by default, coaching England will be.

These teams, for the first time, are attracting commercial attention from merchandisers and live streamers. They are emerging properties – even though the tournament itself will lose money.

The upcoming European Championships will help decide World Cup spots too – but Spain are hosting Russia in Valencia this Saturday as part of the road to that tournament.

Only five World Cups ago – 22 years – there was no qualifying tournament because not enough countries played the game. Now, there is a whole tier trying to gain entry to the qualifiers, which Chile will achieve when they square off with the United States, Canada and Jamaica next month in Jacksonville.

This is not the rugby league you saw at ANZ Stadium on Sunday. This is a little know spec on the sporting map that ranked behind Kettlebell, lifting Dodgeball and table dancing in the queue to ta gain official recognition.

And it’s a group of people who are quite happy to be present at the ground floor as that building grows, one storey at a time.