Did Robbo stuff up by playing Cronk?

It wouldn’t be the grand final without stories of players playing through injury, heroically soldiering on in the name of their teammates despite significant pain.

Names like John Sattler and Sam Burgess have been etched into grand final folklore.

This time around, Roosters coach Trent Robinson defied medical logic by playing his expensive halfback Cooper Cronk with a broken shoulder blade that was functioning at only 30 per cent.

Media reports shortly after the Roosters historic win over the Melbourne Storm have described the master plan as “genius”, but was it?

With celebrations over, or in my case, commiserations, we can a step back to reflect.

I watched the grand final with one of the Storm’s part owners and told him a couple of hours before kick-off that I was getting text messages that Cronk was going to play.

“That’s good”, I said. “I have asked every ex player I know and they all told me that you cannot play with that injury and if you do you would only be a passenger”.

The thinking now has switched.

Robbo would play Cronk as a mouth piece to ensure the players were motivated at the start and they got straight into their sets as they had practiced. Masterson was on the bench, and he was expected to replace Cronk after 20 minutes or so.

With Cronk’s left arm hanging limp after a couple of minutes from kick off maybe it was only going to be ten.

Whatever was going to eventuate, what we were watching was extraordinary, I could not believe my eyes. The Roosters coach had sent out a sacrificial lamb, and was that confidant in his team that he thought he could defeat a hot Storm team with only 12 fit men on the field.

History shows that the Roosters over powered the Storm 21-6 and that Cooper Cronk stayed out on the field for all but two minutes of the grand final. 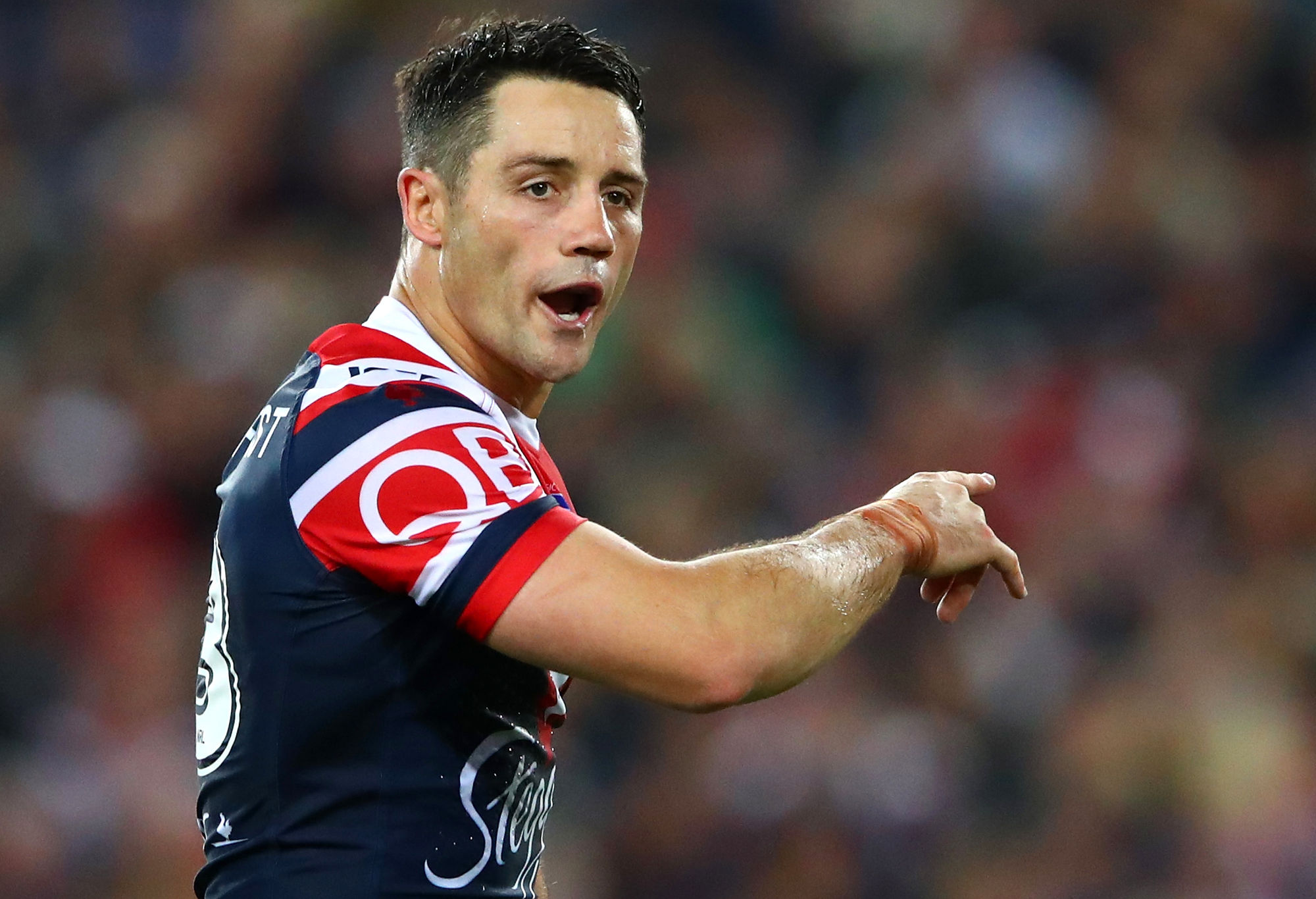 Cooper Cronk of the Roosters using his one good arm to point in the direction of play. (Photo by Cameron Spencer/Getty Images)

The number is in the frame and everyone from the Chairman to the Recruitment Department to the coach should take a bow.

The cynic in me has to ask a couple of questions:

Pearce missed ten games this season after being shunted off to the Knights and still featured heavily in the Dally M count down. His form was outstanding and it would be a brave and biased man to say that he would not have contributed to the Roosters season every bit as much as Cronk did.

The fact is they are both outstanding club number sevens.

Young O’Sullivan has just been selected as a Junior Kangaroo and he made the extended Grand Final bench, but was dropped in favour of ‘superman’ Cronk. ‘Sully’, like Cronk, is a non-stop talker and an excellent tactical kicker and clever passer with amazing line-break assist and try assist figures. He would have handled the big occasion well.

Cronk was selected and stayed on the field as a passenger with zero runs, zero metres and zero tackle busts – i.e. what one would expect from a halfback – but he did manage to pass the ball 14 times and execute four kicks. He also went on to make nine tackles, some of them crucial.

I get it that everyone from Moore Park to Bondi is in awe of Cooper Cronk, and understandably so, but maybe Mitch Pearce had his heart broken for no tangible reason. Maybe the Roosters would have won by a bigger margin with 13 fit players on the field.

I bumped into coach Trent Robinson in the Roosters car park during pre-season and I asked him how his new halfback was settling in. “He’s fine”, he replied with his usual engaging smile.

As I drove off I told him that I would see him in the grand final.

I would have really liked to know why he didn’t want the club’s favourite son (Pearce) anymore, but Robbo is the sort of guy who you want to talk about futures to and not past negatives.

His boss Nick Politis is a noted big buyer of champion players, but he has scarcely invested more wisely than when he head-hunted Robbo from the France in 2012 to be his head coach. 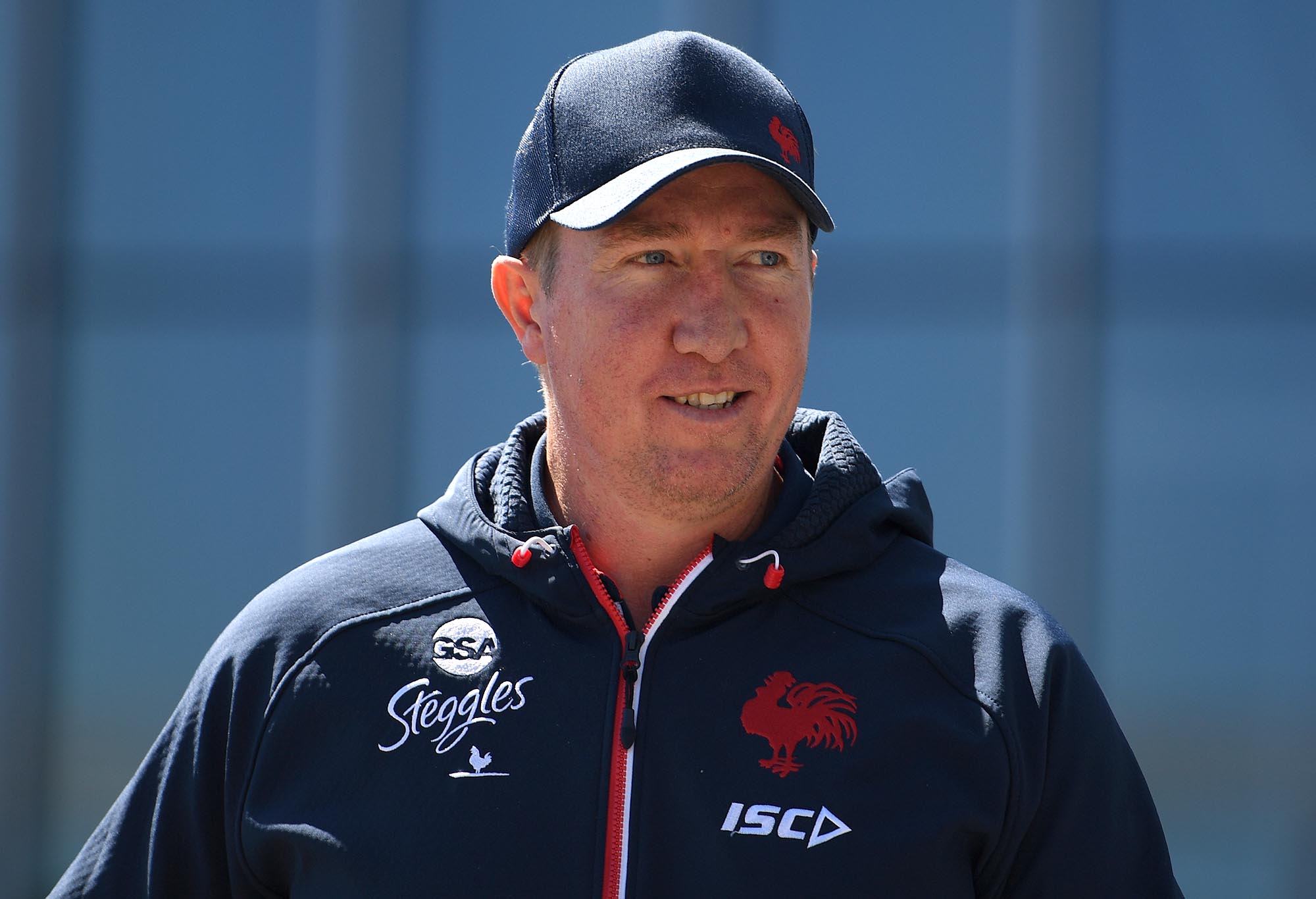 The Roosters forwards were powerful and uncompromising in the grand final, but incredibly they will be boosted by the outstanding edge back rower Angus Crichton, and, as the Storm did, will attempt to break the back-to-back hoodoo in 2019.

The market says they will.

The market also says that Craig Bellamy and the Storm are again the coach and team to beat.

To actually make the grand final after losing four Internationals like Cooper Cronk, Slade Griffin, Tohu Harris and Jordan McLean, plus incur huge injuries during the season, was a monumental achievement by Craig Bellamy. It gave him an incredible 50 per cent grand final record in only 16 years, quite astonishing when you think about it.

The great man just turned 60 and he has never coached better.

Wonder if he would have played an injured Cooper Cronk in a grand final had Cronk still been with his old team?