Smyth’s double victory one for the good guys

When the dust settled on the 2018 Hockey WA Men’s Premier League season Ian Smyth’s sense of satisfaction may have been more justified than others.

Having already pocketed the Olympians Medal for the Fairest and Best player in the competition, Smyth had just coached (playing coach too which is far more difficult than one would think) Old Aquinians (Reds) Hockey Club to their first Premiership in 24 years, and they did it from fifth place on the ladder, winning four consecutive finals in the process.

It been an adventure for the man they call ‘Nashy’, although not all smooth sailing, ultimate team success has eluded him for much of his career.

Originally from Victoria, where he played at Moorabbin Districts Hockey Club (now Southern United Hockey Club having merged with Sandringham Hockey Club in 2006) for all his underage hockey, before moving to Greensborough Hockey Club at the age of 17 to further his development. 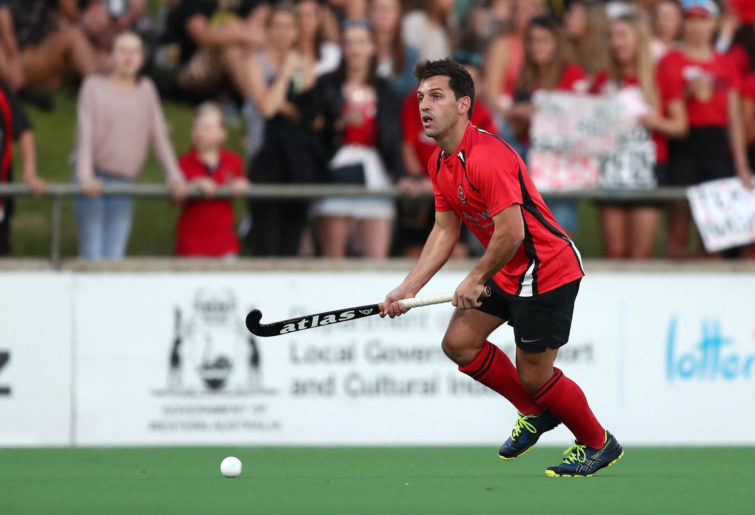 In 2003, Smyth had his first taste of the Australian Hockey League (AHL), representing the Victoria Vikings. The Vikings produced many players who went on to represent the Kookaburras but seemed to suffer from the wobbles on the national scene, playing in 14 consecutive semi-finals between 1999 and 2012 (Smyth’s last AHL) but failing to make the final in every single one of them.

One could be excused for thinking Smyth was bad luck, when in 2013 the Vikings made the final, then went back to back in 2016-17. Bad luck or bad timing?

Smyth left the cold and wet of Melbourne for the Australian Institute of Sport, in Perth, and Reds (via the AIS Draft) in 2006 having been part of the Burras (Under 21) team that were silver medalists behind Argentina at the Junior World Cup in Rotterdam, Netherlands.

Smyth made his international debut for the Kookaburras in 2007 in Canberra against the Netherlands, but his international career was short lived, earning only two Caps in his short career. Despite being removed from the National Programs, Smyth remained in Perth and stayed loyal to Reds.

During his mid to late 20’s Smyth also represented Deakin University at the Australian University Games in Brisbane in 2005, where he was selected in the Green and Gold team (Australian Merit Team), Deakin finished in 11th place, behind the University of WA (with fellow 2005 Burras teammates Fergus Kavanagh and Jonathon Charlesworth and the injured Steven Boyce representing them) juggernaut which claimed the second of their seven successive Syme Cups.

While in Perth, he took the opportunity to represent Curtin University at the 2010 Australian University Games, this time teaming up with Reds teammate and future Kookaburra Aran Zalewski, but yet again the University of WA provide too strong, and Curtin University had to settle for fourth place.

Smyth played an important role at Reds in Perth. He was a mainstay of the team’s midfield for many years before moving into defence. In 2009 he finished runner-up in the Olympians Medal, with several other placings through his more than ten years playing in the top competition in Perth. Further individual success at Reds saw him collect three club Best and Fairest (2007, 2009 and 2011) Awards. 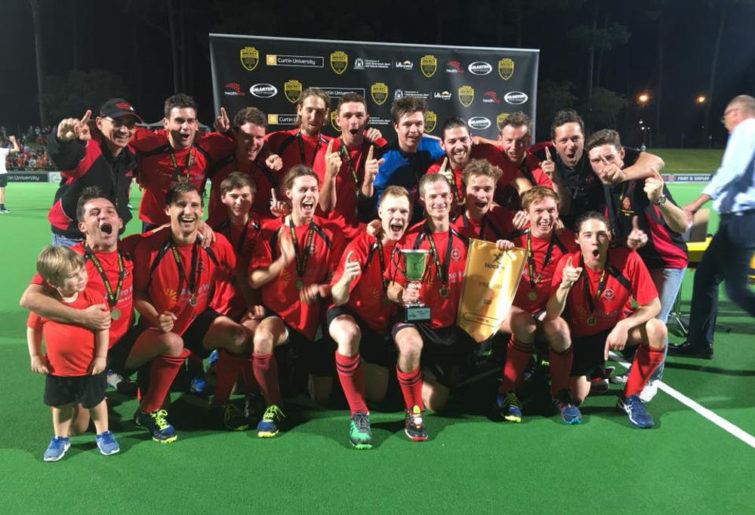 So, to 2018, and Smyth took on the role of Coach of the Reds Premier League team, an arduous task of man management (particularly with three Kookaburras in the team who regularly are unavailable) and time consuming for a position that is only classified as Part-Time.

As the season moved towards its close Reds found themselves in an all too familiar position, mid-table, with a 7-5-5 record. What followed was remarkable, five straight wins, including a 7-2 thumping of 2017 Premier UWA and a tight 1-0 win over Runners-Up WASPS, to finish the season in fifth place. A reinvigorated Smyth, who at 33 years of age enjoyed his best individual season, seemed to come into his own, or what some would call ‘the zone’.

Despite the individual success, the moment built through the last five rounds of the season and the first three weeks of final, spurred Smyth to crave team success. Speaking after collecting his Olympians Medal in the week leading up to the Hockey WA Grand Final, Smyth made it clear his focus was on team success. “It’s been 24 years since a Grand Final appearance for the Old Aquinians men’s team, 26 since a Grand Final win and 1974 previous to that,” Smyth said.

“We are an old club with a storied history of success which we hope to add to on Saturday.”

The 2018 Hockey WA Premier League Grand Final will show that Reds won the match 3-2 in golden goal extra time. It will note that Blake Govers (himself a Kookaburra) scored all three of Reds goals and won the Merv Adams Medal as best afield in the match. The match sheet will note that Smyth spent five minutes in the sin bin due to a yellow card.

But, what you won’t see is the joy that the Reds win brought to their club, and the sense of triumph and success that ‘Nashy’ craved may have been finally rewarded!