I’m done with the negative. I’ve enjoyed this year and gone out of my way to watch most of the games I can and I’m sure most fans enjoyed where their club was heading at different times during the season.

Preseason we debated about the offseason trades and who got the better end of the deal, only to have last year’s also-rans knock off the top poppies in the opening rounds. The Knights started with enthusiasm and scored an opening round win against a team who made the finals last year, and then Manly put 54 unanswered on a team most tipped to be featuring in the finals.

Some Roarers were quite vocal about the hiding their B-grade Bulldogs gave the Pennies preseason then backed it up in Week 3 with their marquee prop and half at the helm.

There was plenty in the efforts from the Raiders and Titans to predict a season where they would win as many as they lost and all seemed in place in North Queensland with a first up win over the Sharks and a goal post from besting the Broncos in yet another thriller.

Alas, these teams found themselves enjoying some quality time with family this September, but there are some positives to be taken into 2019.

9. Wests Tigers
Ivan Cleary has to be respected for creating a team that, on paper, had no right to be anywhere near the finals. He laid the foundation stone of defence and effort that can be built upon. He gave Luke Brooks the opportunity to shine and in doing so, pushed Nathan Cleary for the Blues jumper. Benji Marshall is a calming influence and Robbie Farah is a pure representation of Leichhardt. 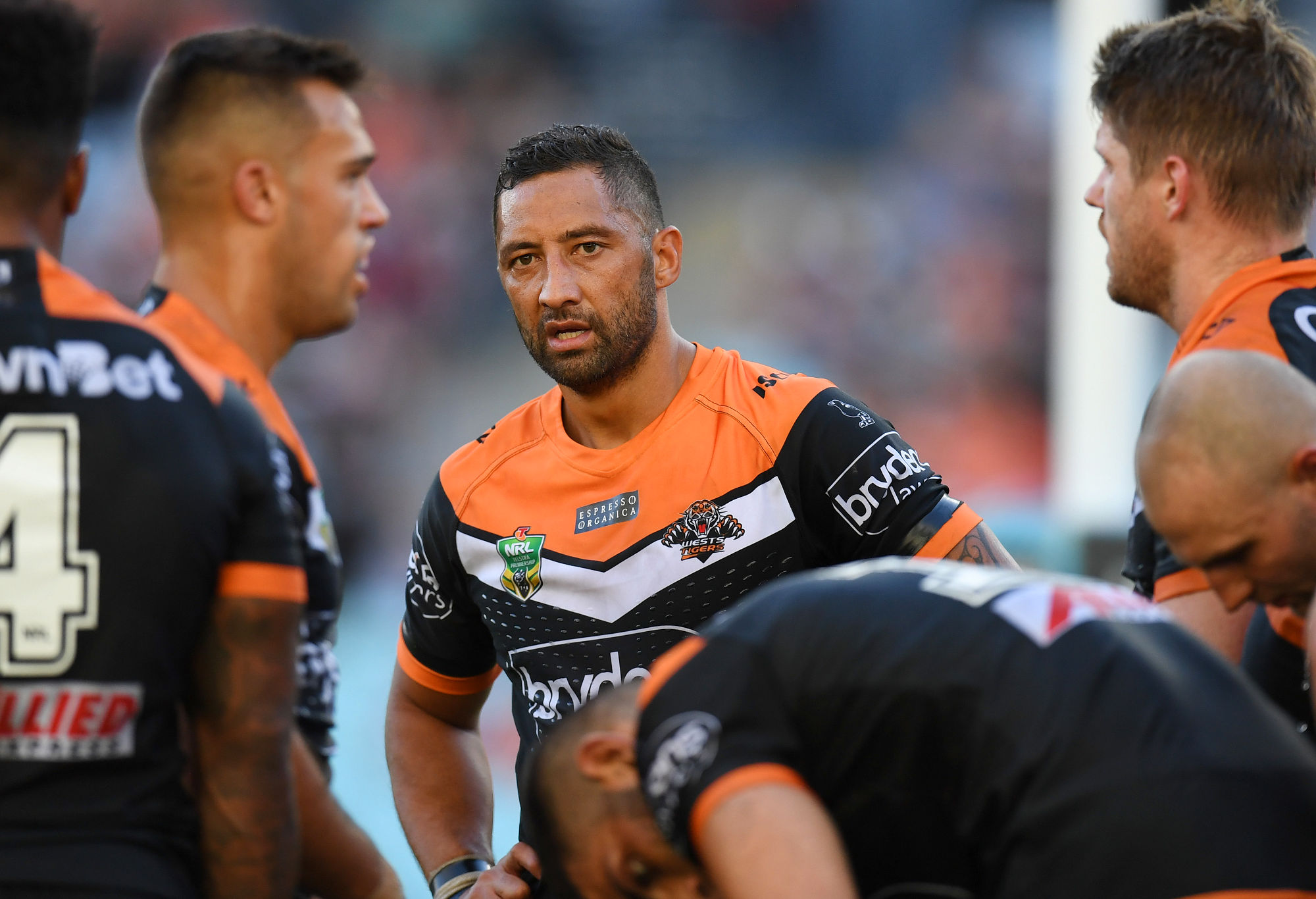 Again, better teams on paper finished much lower than the Wests Tigers this year, but their table position is a result of a good team playing for each other and their coach.

10. Raiders
Ricky Stuart’s job is a little more difficult. Nick Cotric cannot be wasted on the wing any longer, and I believe Jack Wighton is silky enough and big enough to play as a running five-eighth.

Let Aidan Sezer and Josh Hodgson do general play kicking and have Wighton create for Iosia Soliola, Jarrod Croker and Brad Abbey or Michael Oldfield on the left.

For mine, Josh Papalii was the form no. 13 of the last few months and, if Ricky can get his mongrel pack playing a full 80 minutes, a 2016-esk performance is not far away.

11. Knights
Often described as everyone’s second team, but that may change when they start beating your team. It’s tough to recruit when you’re not winning and tougher to win when your recruits are injured but there’s a mix developing good players and game breakers. Maybe just a dominant prop rounds that mix out.

Mitchell Pearce gets maligned for various reasons but I will suggest that if this team stays fit, Pearce may just pull off a ‘DCE’ and earn his Blues jumper back in the years to come.

What will Brownie do with Kalyn Ponga? At fullback, he’s a star, five-eighth he handled with ease and at lock for Qld he exceeded expectations. I’d say fullback and let him turn up anywhere – and I don’t say that about too many players. 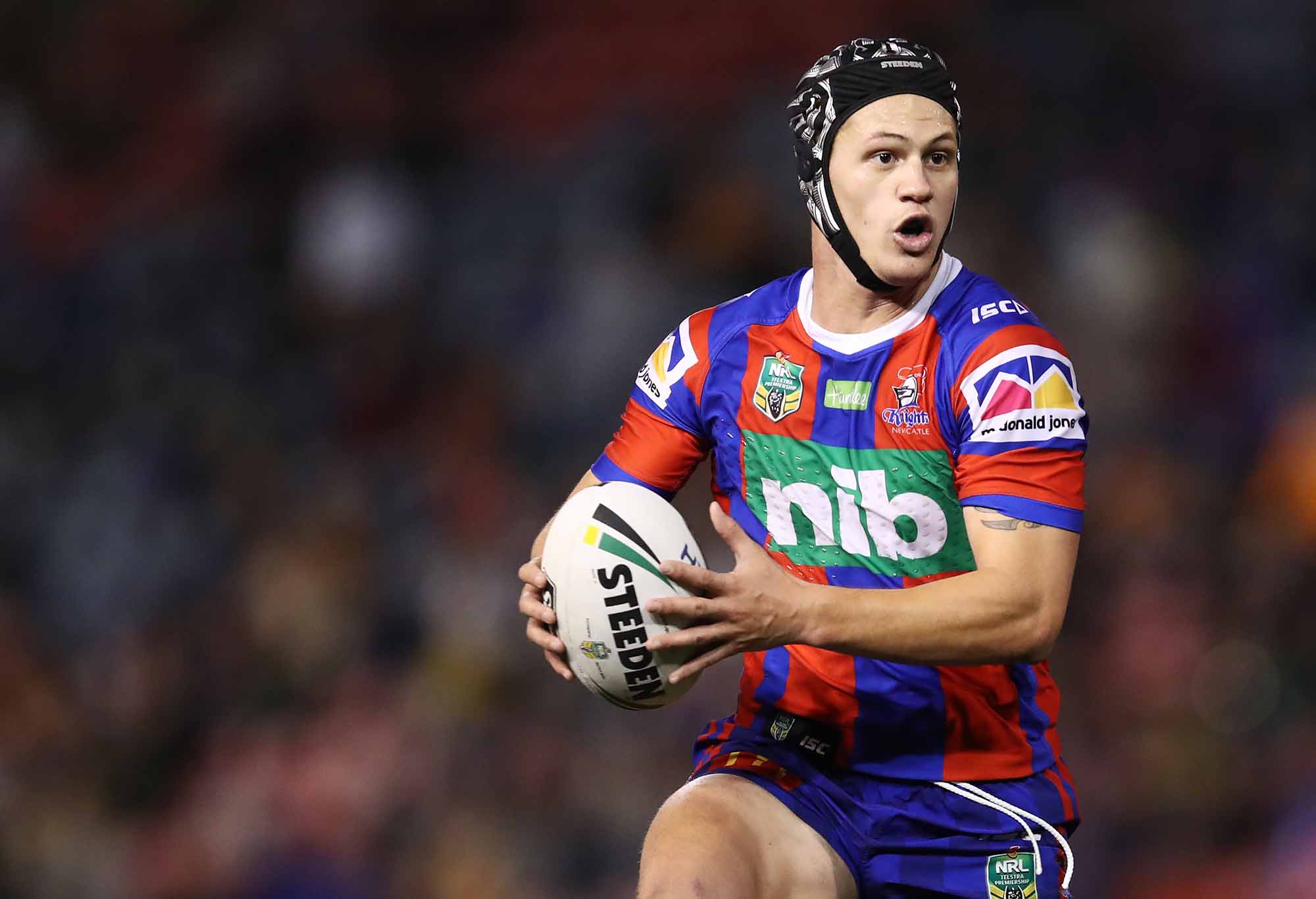 12. Bulldogs
Oh the irony when you spend what little cap you have on a world class forward and high quality half, but two rookies steal the show. Those who’ve seen Reece Martin before this year knew he was quality. If you watched him in the PNG world cup team, he was matching it with the rest of the world’s best forwards then kicking the goals from everywhere.

I respect the Dogs have a very high quality pack, but they would be the lesser for not having Martin in that team. “Lewis, Lewis, Lewis is going to score” get used to it Doggies fans, you’re going to be hearing that for a while.

The kid is tough, calm and very few weak points. You know quality when they seem to have time and this young fella moves like Neo.

Special mention to the Morris brothers, they have achieved everything and it will be a shame to see them leave in separate directions. They pulled off plays together that could only be described as telepathic.

13. Cowboys
Ahh the Cowboys. It’s no secret I’m a Broncos man, but home is where the heart is and that’s North Queensland for me. More than most teams at this end of the table, they could’ve and should’ve, but didn’t make an impact on this season. Not only is the team evolving in 2019, but Paul Green will have as well.

Big players leave big holes but a spine of Jake Granville, Michael Morgan, Jake Clifford and Ben Hampton is enough to keep the game’s most dedicated fans making the very long trek for 80 minutes of football.

Last word has to go to Johnathan Thurston. He didn’t come back firing as the JT we know but to suggest he played a year too long is ridiculous.

He lead the stats but they don’t tell the full story – how can we record desire? We remember him for giving his first premiership ring to Steve Price and his last act was to give Gavin Cooper a record that will not be broken for some time.

He has received plenty from the game and has given just as much back. Thank you JT.

14. Titans
Rookie coach Garth Brennan came with credentials, both as a coach and a man manager and, much like most at this end of the table, there is some quality stock at his disposal.

Tell me a pack that includes Ryan James, Shannon Boyd, Jarrod Wallace, Leilani Latu, Kevin Proctor, Keegan Hipgrave, Nathan Peats and Jai Arrow will fear any opposition pack. Out the back, Michael Gordon is a rock, Anthony Don is highly underrated, Phillip Sami pulled an RTS on RTS and an Alex Brimson-Ashley Taylor halves combo could be anything.

Brimson will definitely add spark and starch to that five-eighth role that Bryce Cartwright and Kane Elgey couldn’t this year. In 2019, depth could be an issue but competitiveness will not be.

15. Sea Eagles
Yep, there’s trouble afoot but this team showed they can match anyone. They pumped the Broncos at Suncorp, something the Roosters or Souths could not do. They also outpointed the Sharks.

You’re a hard man if you didn’t feel for Trent Barrett after some of those close losses. Martin Taupau, Jake and Tom Trbojevic, Apisau Koroisau, Dylan Walker and Daly Cherry-Evans. That’s the bones of a very good team. Many judges pointed at lack of a quality five-eighth, but really all they need there is stability.

As Parra showed last year, all you need is consistency from the B+ players and a finals threat you become.

His first tackle against the Warriors was a ball-n-all cracker. He then drop kicked a field goal at Campbelltown and declared that “this is my house”.

Maybe that bed was a little too comfy because he didn’t turn up much thereafter. Fifteen months, and a bit of humble pie, later and the prodigal son came home.

While injury interrupted the start of the season, toward the end he was back to carrying the team. Whatever your opinion of him, watching him torment the opposition backlines, position himself like a good winger should and bust tackles with ease is an indication he’s becoming a footballer again and less a celebrity.

Brad Arthur is a good coach, and Parra have the raw talent, but Hayne can be the hero Parra need but not the one they deserve.

Origin
The better team won and dawned a new and exciting era for the pinnacle of our game. Freddie took this chance for a clean NSW slate and picked on form. Other incumbents were unlucky to miss out but the history will show he got the mix right.

James Tedesco, ‘Turbo’, Josh Addo-Carr, and the beast who benefitted most from his selection; Latrell Mitchell. The only mistake I think Freddie made was starting Turbo from the bench. He runs and hits as hard as anyone and the combo with his roving brother is as effective in the 5th minute as the 75th.

That should be on Kevin Walters’ cheat sheet every year, but that’s what good players do. It would be remiss not to mention Damien Cook here. In a tight series, he was the difference. 80 per cent of the good attacking raids NSW put on came off the back of his lightning quick first steps but also game awareness.

Queensland were far from disgraced and showed their metal against a highly rated forward pack. They won the meters and post contact meters. Cooper played above his club form and Jai Arrow gave no inches in his debut. To quote Gus Gould, “Josh McGuire just doesn’t like humans”. We farewelled Billy with a 100 per cent winning ratio and introduced Ponga.

Talk about potential, this kid has buckets – but how will the Maroons coaching team organise this next generation to support the talent and take it to the current title holders?

I doubt we will see another dynasty but the stars are bright for both sides.