Every year a host of good players are lost to the NRL. However, 2018 was an extraordinary exodus of talent and 300 game veterans.

Their on-field achievements have been well documented and celebrated and players like Sammy Thaiday have left us with mental images we shall keep for a long time.

I will not attempt to add more to their illustrious careers than what has already been written.

It is the next cream of the crop that has piqued my interest this year and I believe we have seen a sensational group of young players come through this year in greater numbers than I have seen in recent memory.

In this team list is a group of players that have lit up the NRL in 2018 and have the potential to be the next superstars.

1. AJ Brimson
The Titans have uncovered a real footy player here. He played both 5/8 and fullback for the Titans this year and racked up the highlights in doing so. This nuggetty (now) 20-year-old has an instinctive nature about his play and sniffed out seven tries and ran for 197m against the Storm.

He is also a rock in defence, something the Titans have lacked in that role.

2. Jamayne Issako
The NRL’s rookie of the year. Issako came on to the scene n Brisbane as an electric try scorer and deadeye goal kicker.

His ISP coach will tell of the hours he spends practising his goal kicking long after the sun goes down because it will “perfect my technique without worrying about accuracy.”

3. Jesse Ramien
This young bloke is a true centre. He runs great lines at top speed and very strong with ten tries this season and runs for over 110m each game.

The Knights are building a formidable three-quarter line with his inclusion for 2019.

4. Zac Lomax
It was only a brief introduction for Lomax late this season but he impressed with his size, speed and goal kicking.

He is a U18 NSW and Australian rep and has a bright future at NRL level.

5. Campbell Graham
One of those rare players who debuted while still at high school. He has terrific game awareness and an ability to find the line. He can get down low or, as we saw against Sosaia Feki, fly high to score from a pinpoint Adam Reynolds kick.

6. Lachlan Lewis
There is a lot to like about this young gun. Nearly without a contract for 2018, he was given an opportunity with the Bulldogs late in the season.

In nine games he is credited with six try assists, four LBAs and kicking the winning field goal to sink the Warriors. 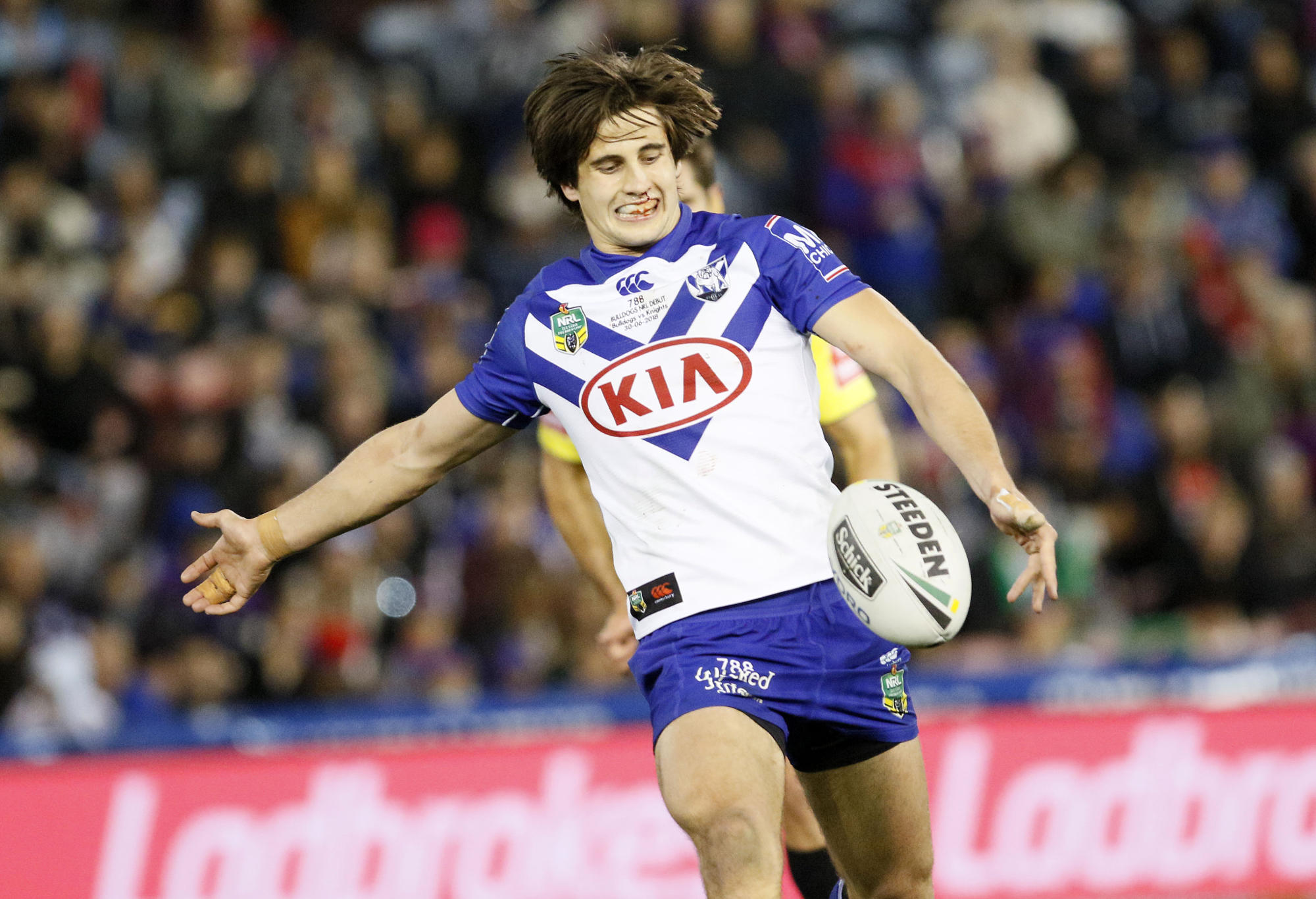 7. Jake Clifford
Again, another player with just a few NRL games in 2018 but this kid will be a star.

In the Cowboys routing of Parramatta, it was Clifford who stole the show with his bullet passing and deft kicking game. Make no mistake he is the next best halfback coming through.

8. Jack Hetherington
Is there a more intimidating position than prop to take in your NRL debut? His most memorable performance this year was against the Warriors where minutes he amassed 154m and five offloads in 40 minutes.

There are no backward steps for this firebrand but don’t we love that in a young prop.

9. Brandon Smith
Smith gave Craig Bellamy a perfect foil in the Storm’s tilt for back-to-back titles. His service from dunny half allowed Cam Smith to play at halfback role.

10. Blake Lawrie
A U20s junior Kangaroo and a tough country boy, he’s not the biggest but he takes the collision personally – in a good way.

In the quarterfinal against the Broncos, Korbin Sims dropped him on his proverbial on his first run off the bench. He took 11 more runs for 116m and said, “he got me good in that first run but I had to let him know that wasn’t going to be the way…”

11. David Fifita
Wayne Bennett wasn’t going to play Fifita this year because he just 18 and has to develop his game playing against men in the ISP.

After running for 218m and 190m respectively for Souths Logan an injury to Payne Haas, Bennett couldn’t hold him back any longer.

In his last three games, he ran for over 100m peaking at 164m against the Roosters and carrying John Sutton and Sam Burgess for his debut try against Souths.

12. Rhyse Martin
Martin can score a try and kick the goal with 95 per cent accuracy. This is a tough Papua New Guinea rep who has made all sorts of positive headlines in 2018 including scoring from his very first touch and the most individual points in a losing side.

Couple that with 37 tackles per game and it’s no wonder Bulldogs fans have been wondering why he’s been in the ISP until now. 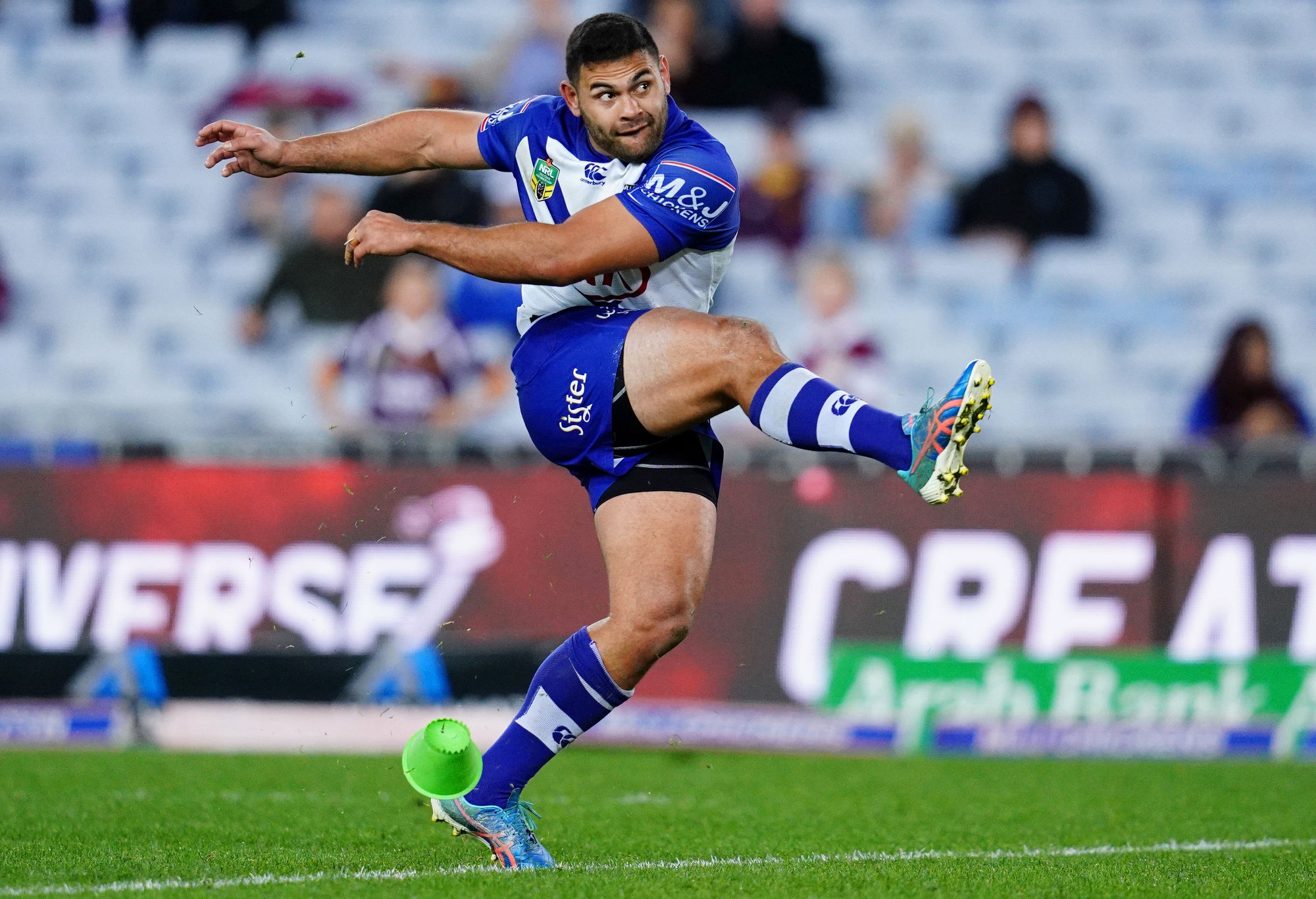 13. Victor Radley
I’ve loved watching this guy in 2018. His coming of age was against Manly where he achieved two hits very few other NRL players could have – stopping Dylan Walker from one meter out from the line and putting a shot against Martin Taupou.

He can score them, set them up or stop them – and it’s a pleasure to watch a young bloke play with such enthusiasm.