The Robin Hood of sports reaches for its quiver

Australia don’t lose rugby league Tests often – but when they do, it’s usually when there has been a sudden loss of talent or an oversupply, with too many good players being squeezed into the side to please too many people.

Since the 1970s, the dip has only ever been temporary.

But – in the lead-up to Saturday’s momentous Australia-Tonga international – looking at International Rugby League’s New World Order, in which the Australasian competition produces players for a host of countries, is it possible for the balance of power to change permanently?

There have been several occasions since the Kiwis ended 28 unbeaten Australian years in series with a 24-0 win at Elland Road in 2005 that the green-and-golds have regenerated under the assumption that, all things being equal, they should win.

Penrith and Brisbane combined have more players than all of Britain; the law of averages suggests Australia should be able to field a winning team indefinitely.

So when there is a shock loss, Wayne Bennett or Ricky Stuart to Tim Sheens get the bullet or fall on their sword (to use a violent mixed metaphor) and normal service should be resumed. 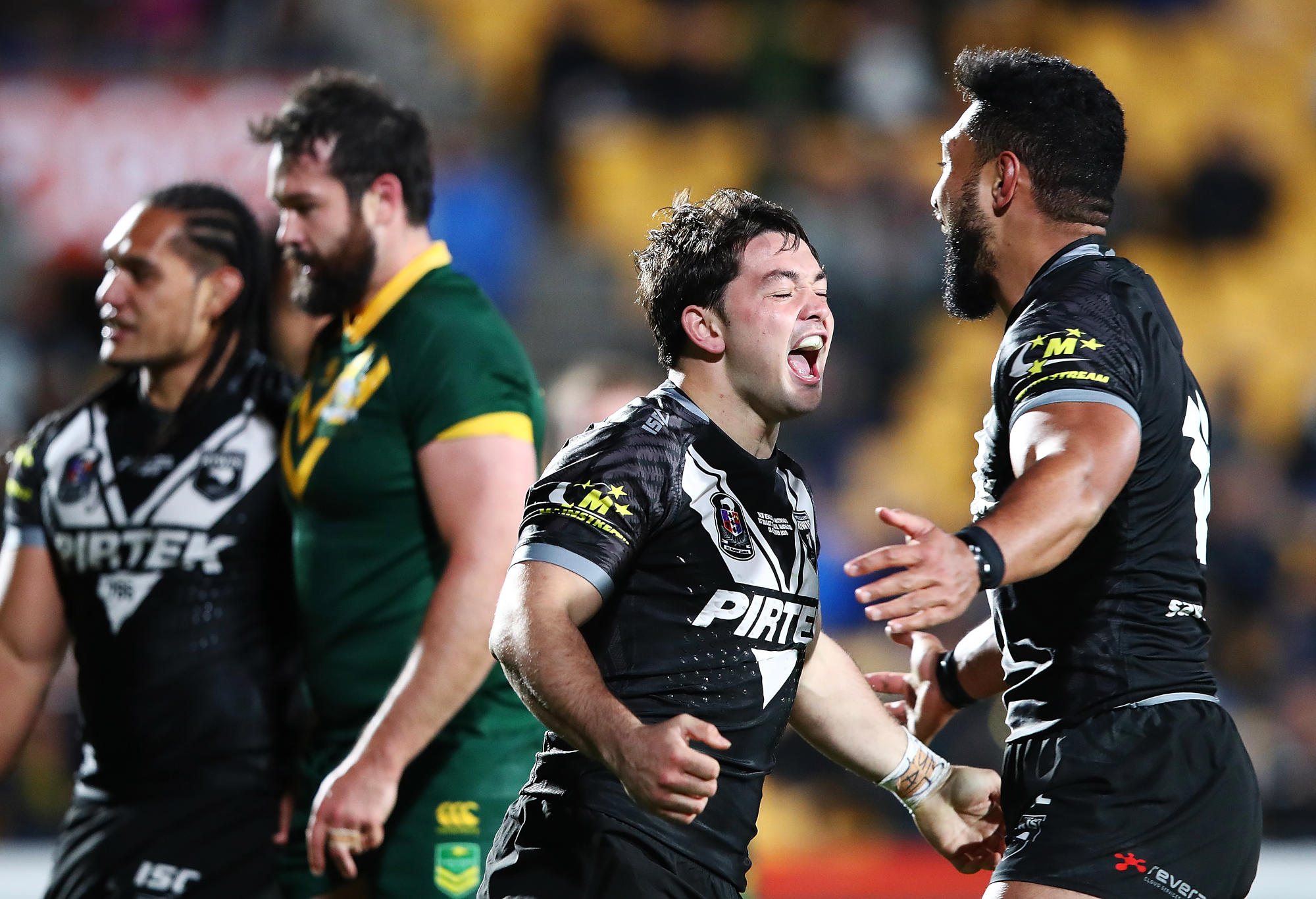 Brandon Smith of the Kiwis celebrates after scoring a try against the Australia Kangaroos. (Photo by Hannah Peters/Getty Images)

It worked the same way for NSW between 1908 and 1980 – more players than Queensland and, thanks to poker machines, enough money to coax the Maroons best across the border anyway. Queensland inflicted the odd upset but that was it.

Origin was a counter to economic migration in order to make a sporting contest more even. What Andrew Fifita and Andrew Taumalolo did last year was the same.

Australia and New Zealand tempted them, and/or their families and/or ancestors, through the economic incentive of “a better life”, the same way St George tempted Rod Reddy and Eastern Suburbs enticed Kerry Boustead to cross the border.

Rugby league, the Robin Hood of sports, has in all four cases taken from the rich and given to the poor because it is, really, the sport of the poor. It was born as a social movement rather than a different ‘code’ and looked pretty much the same as rugby union for its first dozen years.

It’s amazing how, even in this changing world where the game needs to reach a wider demographic, it still organically drifts towards empowering the disempowered. There’s a thesis in it.

Queensland’s emergence in the Origin era wasn’t temporary, right? It was a permanent shift in power. When Brisbane joined the NSW Rugby League, the days of picking players straight from the Brisbane Rugby League or the Toowoomba comp were over.

All the Origin players came from the same comp and I’m old enough to remember people saying this would kill Origin, the same way video was supposed to close cinemas permanently.

The percentage of Polynesians in the NRL is a pet stat of many people – I don’t know which one to quote. But it’s a lot more than third.

So there is real chance for the balance of power to change semi-permanently. Ryan Sutton and John Bateman played their last game for Wigan in the grand final on Saturday night – they’re also heading to the NRL.

That same process is now taking place in international football.

The balance of power can almost certainly be meaningfully altered if these countries are given more games and equal pay and the Origin formula is copied, deliberately or by coincidence.

Josh McGuire and James Tedesco have every right to pick Australia, the country they objectively have more connection to. 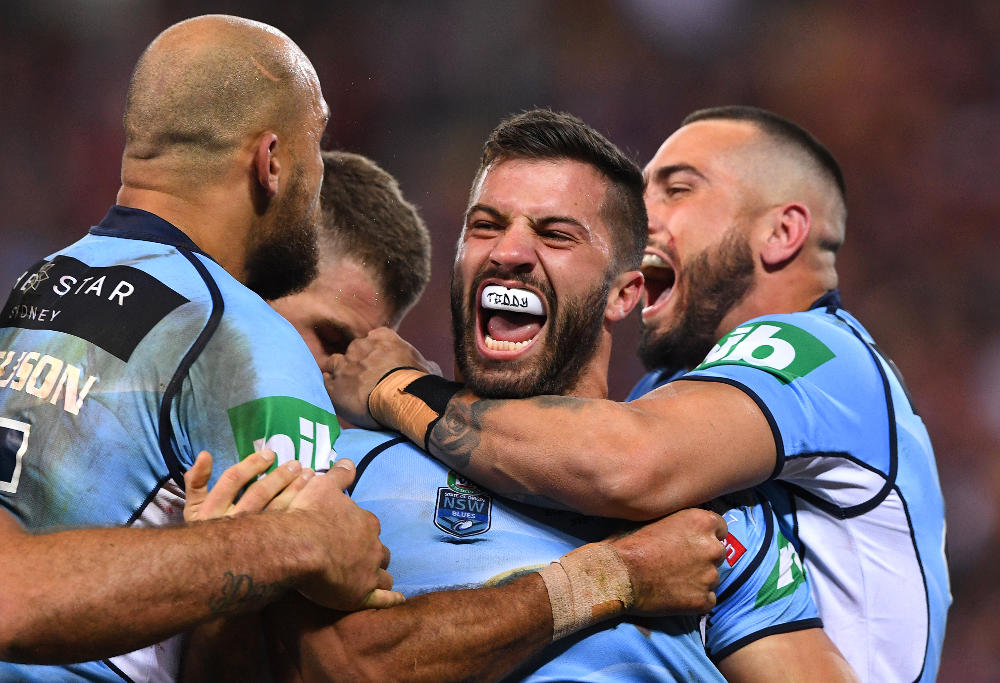 But what if it became the norm for them to pick Samoa and Italy instead?

There was a great graphic done last week by radio Triple M. In the last 12 months, Australia defeated England who beat Tonga who put paid to New Zealand who downed Australia.

Now we just need a few more nations in the circle. Rugby league has been weak internationally because it’s not the sport of multinational businesses and diplomats.

But the NRL’s money and a kind of de facto draft system which allows players to chose a lower-ranked country if they miss selection for the top three may be about to change that.