Bolt may be a cow on ice, but it looks like he's here to stay

Some years back, Maria Sharapova referred to her on court movement as being something akin to a cow on ice.

It was perhaps a slightly harsh self-evaluation of a great athlete, yet one always destined to appear a little awkward and uncoordinated on her feet.

Thankfully for Maria, she has battled through over the years, made almost US$40 million and ticked off each of the grand slam titles available.

Not bad for a cow.

Similar jibes, though not self-inflicted, have recently been directed towards one of the world’s most recognised athletes.

Just in case you have been living on Mars for the last three months let me fill you in. Usain Bolt has begun his Jarryd Hayne-like dream of playing professional football for a living. 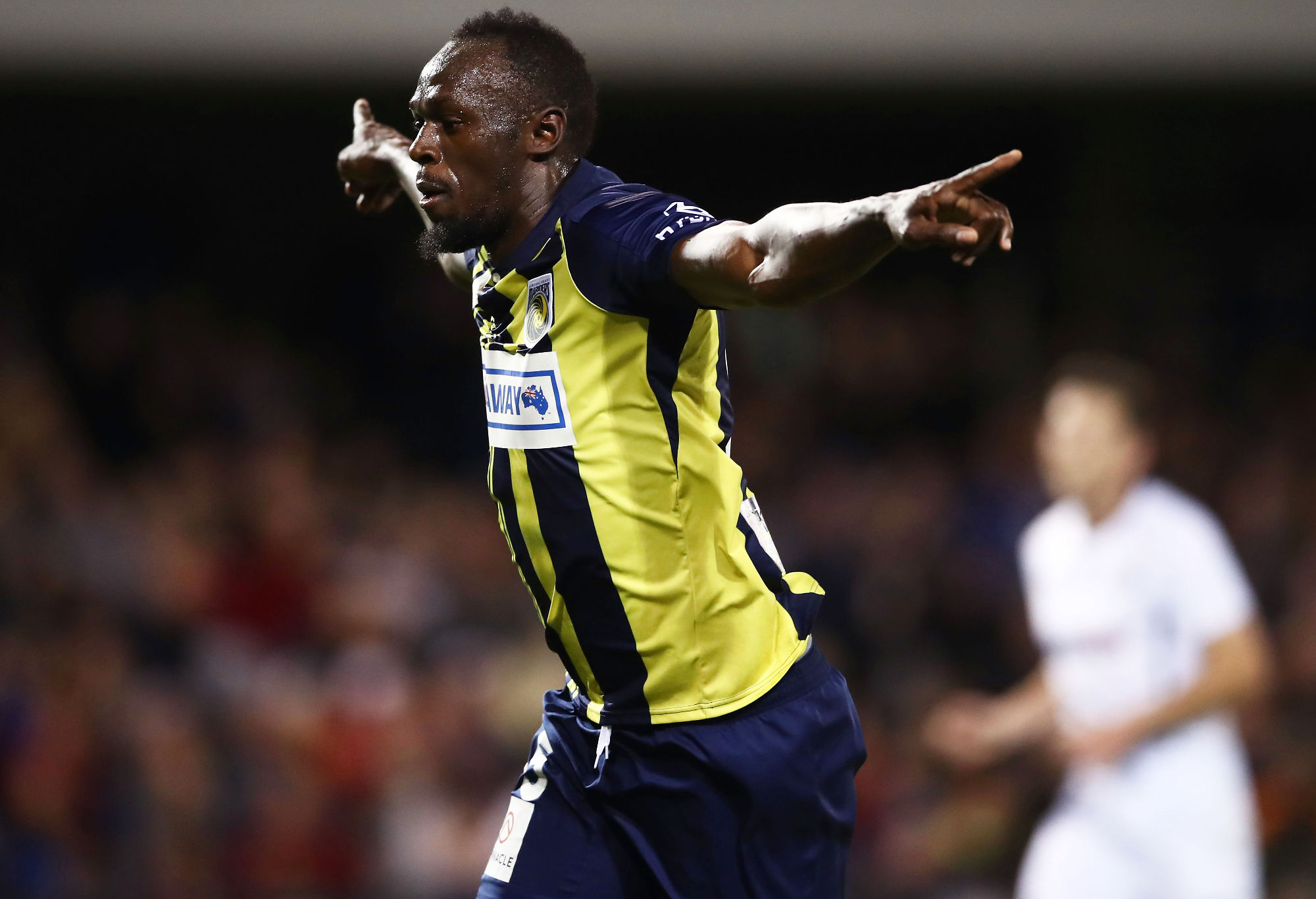 Usain Bolt of the Mariners (Photo by Matt King/Getty Images)

So far, it has been a controversial and moderately successful endeavour, although the narrative did change somewhat recently, when the Jamaican found the net on two separate occasions during a pre-season trial with his current club, the Central Coast Mariners.

Life was so much more logical and settled when Bolt took to the athletics track and ran. Fire a gun and watch him go. It was simple and he always looked completely at ease and assured in his surroundings.

In contrast, his early exploits on a football pitch in the United States, Germany and on the Central Coast have seen him look far from comfortable. In fact, awkward would be a better description.

Such is the case when a player’s aerobic fitness is well off the standard of those around them and Bolt looked sweaty and flustered when he first took to the pitch for the Mariners.

Things have improved somewhat and he certainly appeared more confident in his most recent outing, albeit against non A-League opposition.

Bolt’s quest has brought out the worst in some. Expressions of rather adamant views that his journey is an insult to the game and a circus like farce have been commonplace.

Personally, while being well aware that Bolt’s success and ability to play at the highest level in Australia is something of a long shot, there is also a lovely romance and poetry in his attempt.

Dare I suggest Bolt is in no dire need of financial remuneration and that his motivations are as pure as can be. Furthermore, his and his club’s right to engage in a trial process is legal, adventurous and the terms of it are no one’s business but their own.

If the eight-time Olympic gold medallist is an abject failure, so be it. If he somehow manages to wriggle himself into a squad somewhere and spend a few years enjoying a cameo sporting career as a patron-pulling prop, good luck to him.

When Maltese club Valletta FC tabled an offer just a fortnight ago, I must admit to be being somewhat disappointed. Whether we like it or not, Keisuke Honda and Usain Bolt are the two biggest talking points in the A-League right now.

Yes, that’s right, Steven Lowy has been dethroned and the League has at least made something of a bang to start the season. Admittedly, thanks to the involvement of VAR and some rather rubbish officiating, not all of those reasons are positive. But you can’t have everything I guess.

I had hoped Bolt’s rather mad-capped quest for success might play out for much of the season and the cheap commercialism surrounding his presence provide the A-League with a much needed shot in the arm.

After the Maltese offer, those hopes appeared slim.

Then suddenly, amidst the chaos and drama of the Mariners clash with the Brisbane Roar on Sunday afternoon, the bombshell was dropped.

News of a contract offer to Bolt, who had remained at home and not travelled with the squad north of the border, came to light.

The first reaction of many was, no doubt, denial and when new Mariners manager Mike Mulvey denied any knowledge of the tabled contract in a post-match interview, the head scratching began. 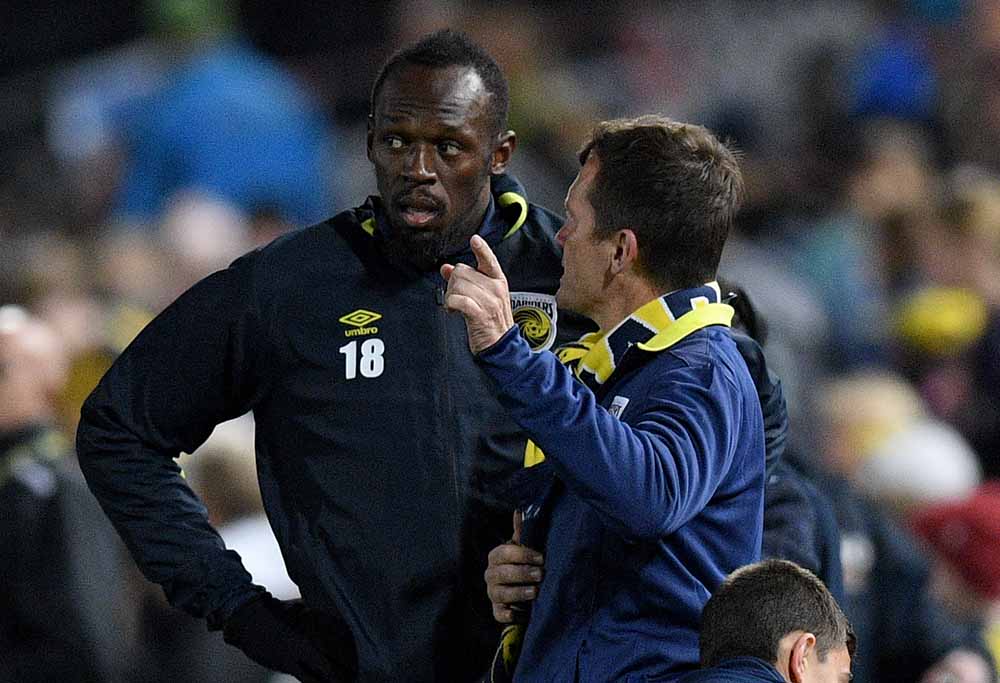 It appears that despite the FFA being unwilling to dip into the marquee fund to ensure Bolt’s presence in Australia, the Mariners may have somehow found a way to financially and emotionally keep the great man on our shores.

Now the hunt for the truth begins and the next few days may reveal exactly the nature and size of the offer.

In reality, it is a situation that never really looked like coming to fruition. Bolt does look like a cow on ice and at 32, isn’t blessed with the time to be anything but.

However, have we read this all wrong?

A great athlete with a secondary dream has embarked on a journey. Perhaps his 1.95 metre frame is destined to look a little awkward no matter his ability?

Is it something of an allusion? Behind closed doors, perhaps knowledgeable football people have cited vast improvement and been drafting documents and number crunching, in order to facilitate the A-League debut of Usain Bolt.

If that is indeed the case, they probably should have told Mike Mulvey about it.