If you didn’t see the game and you’re skimming through the news, it would very easy to see the 37-20 scoreline and assume that it’s the same old story.

However, this was an interesting match between two old enemies that delivered plenty to talk about. Sadly there are still plenty of negatives for the Wallabies, but there are some positives in there as well so that we don’t all feel like there’s no point in following them any more.

It would be easy to write about the great things that the All Blacks did. Some of the skills that Beauden Barrett showed with hands and boot were quite incredible. Ben Smith had yet another good game, and the All Blacks were dominant in almost all aspects. But instead of lavishing more praise on them, let’s focus on the areas where the Wallabies need to improve.

Forcing it when you don’t have the skills
It’s often been said that one of the ways to beat the All Blacks is to play them at their own game and challenge them with playing a rapid style full of pace and energy. It’s worth noting that there aren’t enough examples of the All Blacks losing to form a consensus on what actually works against them, but playing fast rugby is always going to be hard to deal with for any team.

The problem the Aussies have is twofold. First, when they tried to play fast rugby in the first half they did it by trying to get the ball wide quickly. Second, to catch and pass at pace and under tackler pressure requires nailed on ball skills.

So when they try and go wide early they are not actually giving their quick men space to exploit – they are losing ground with every backwards pass, and then two things happen: either the winger gets the ball but is caught by tacklers well behind his forwards, making ball retention very hard, or the Wallabies skills let them down and the ball never reaches the wing but is instead dropped or lost as the defence swarm all over them.

Some of this is tactical and some of it is just basic rugby skills. Too many times the Aussies tried to force things and give one pass too many and it went wrong – just look at how Israel Folau tried to pass out of contact and the pass got intercepted by Ben Smith. Yes, the game was almost gone by that point, but that doesn’t excuse poor skills. 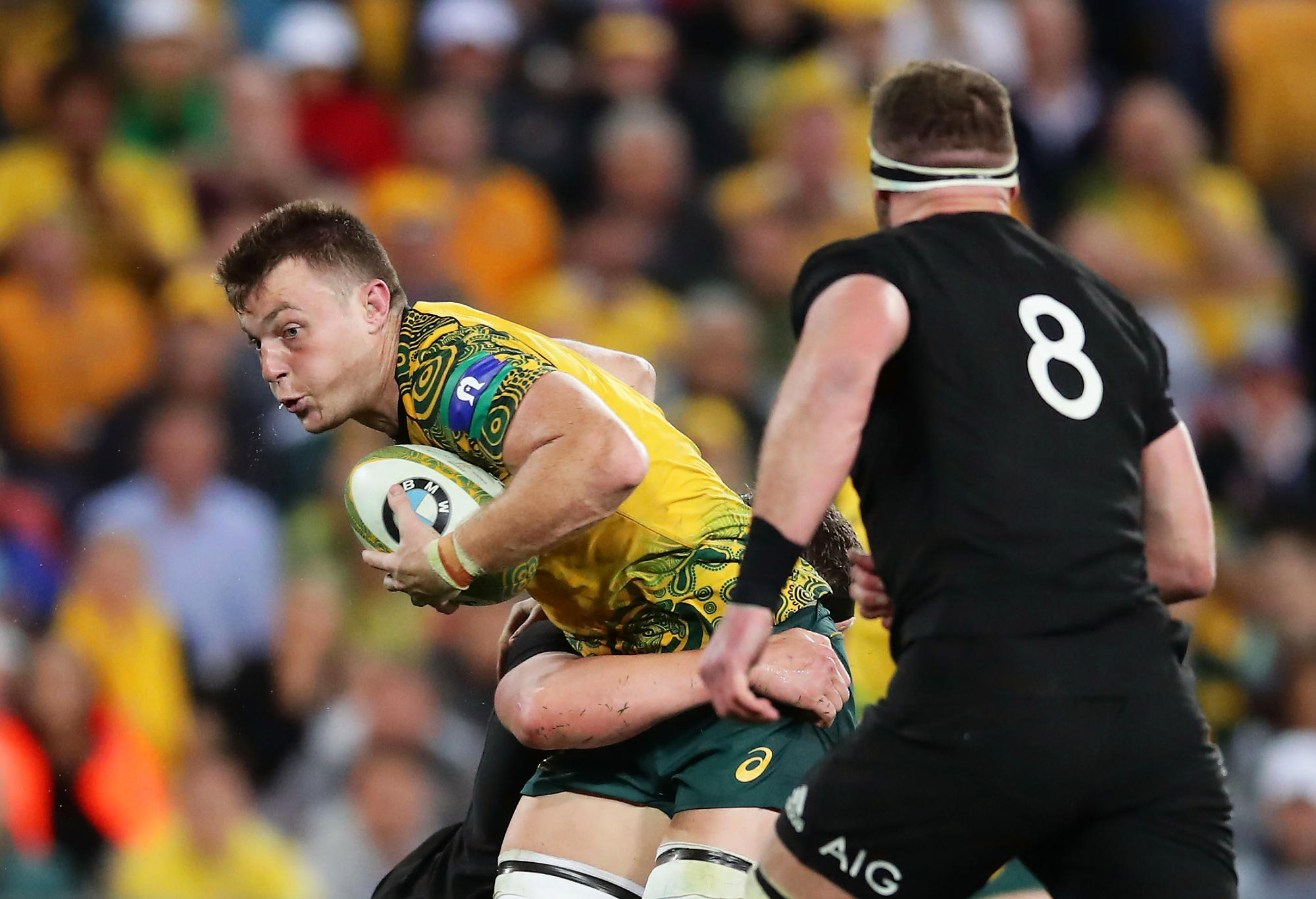 Poor technique led to the first try of the match. The All Blacks had built up some good pressure and started to stretch the Wallabies defence, but when the ball came out of the final ruck there were still plenty of gold shirts to cope with the men in black.

The ball came out to Liam Squire and Kurtley Beale was right there. Unfortunately Beale then just slid off the backrower. Squire is a big man, sure, but he didn’t bounce Beale off him; Beale just slid off him and Squire was clear to the line. Even if Beale wasn’t going to knock the Kiwi off his feet, he had to stop him and slow him down, but that just didn’t happen. This simple poor technique has caused the Wallabies issues before and it’ll keep causing them problems.

The second issue is awareness, and that also led to a try for the All Blacks. Kieran Reed’s try came in that crucial period just before half-time and was the result of Ned Hanigan and Will Genia making a proper mess in defence.

With a scrum just five metres from the Wallabies line they would have known that Reed was a threat. There was a healthy enough blind side too to suggest that the attack could come from either side of the scrum if he did pick and go. Hanigan was far too slow off of the scrum, and by the time he got onto Reed the Kiwi No.8 was level with him, if not past him, and any tackle was going to be weak.

Meanwhile Genia chose to shift out and stop the potential threat from the wing instead of staying in and dealing with the very real threat of Reed with ball in hand.

These decision points crop up in every game in one way or another and the top teams make good decisions quickly. The Wallabies need to sharpen up if they want to go deep at the World Cup. 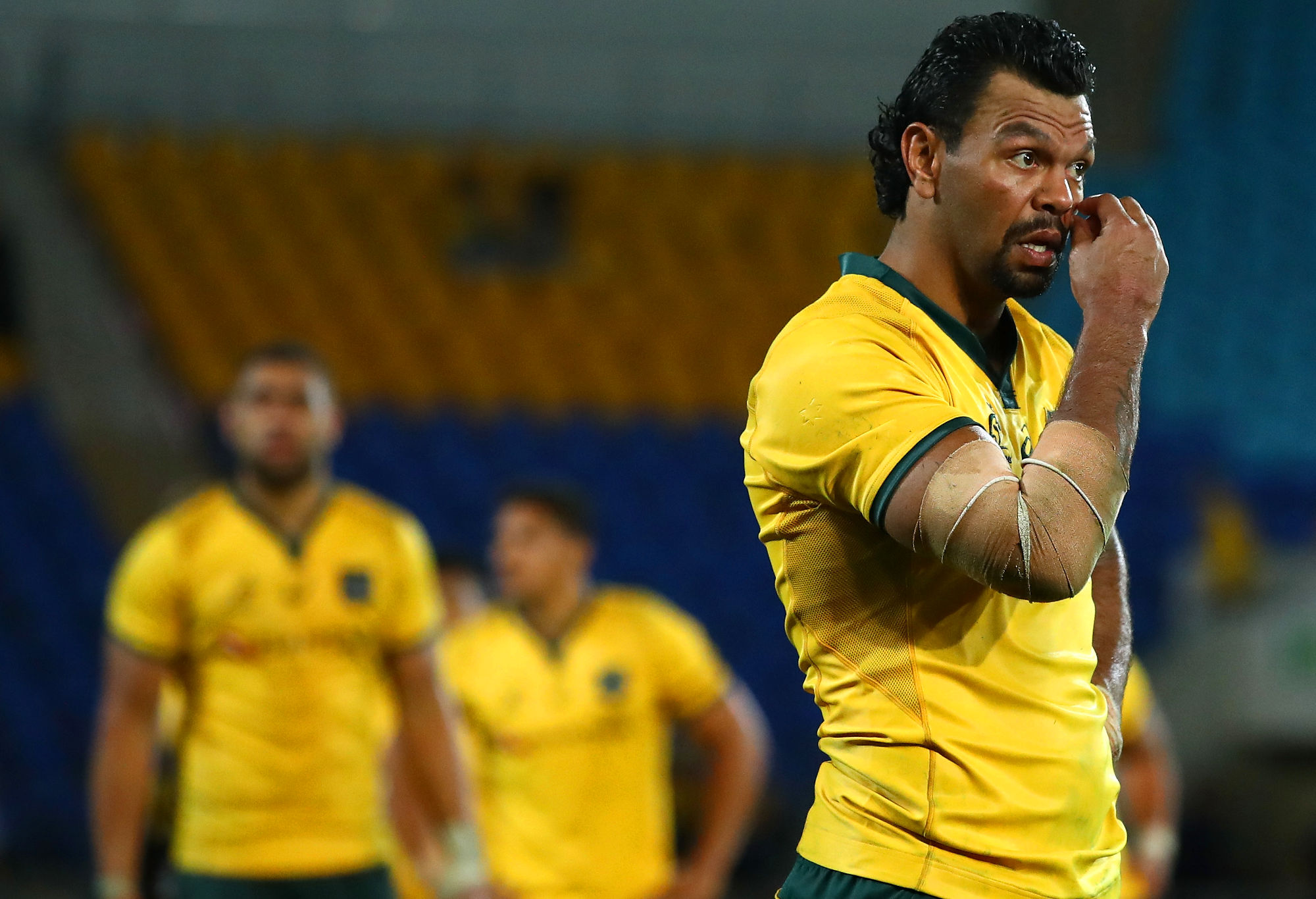 Speaking of awareness
Genia didn’t have a great game. Not only was there that decision of his not to help tackle Reed as he went over, but he also made a poor decision in the 56th minute at a ruck. The ball was slow to come out as Ardie Savea was in there competing. Genia was the only Aussie nearby, but instead of getting in there and clearing Savea out, he waited. The result was a penalty to the All Blacks and another period of pressure that the Wallabies were trying to build totally ruined.

It’s of course tough for a No.9 to make the decision to get involved in a ruck, but in that moment it was more important that Savea was cleared out and Genia didn’t react.

What did your school coach say? Run straight and hard!
As mentioned earlier, the Wallabies struggled when they tried to go wide early. However, when they started to play simple rugby and ran straight and hard they made a real impact. In the later stages of the first half the Aussies were really difficult for the All Blacks to deal with and the try to Sefa Naivalu came as deserved result from great hard, straight running.

The same was true in the second half against the Pumas a few weeks ago. When the Aussies went back to basics they looked very good and the opposition couldn’t cope.

So why on earth don’t they do this from the first minute? That is the maddening thing about this side – they seem to have the ability for the most part and have shown that they know how to play, yet they seem to deliberately choose a different strategy even when it’s been proved time and again to fail.

Is this coach or players failing? Or both? 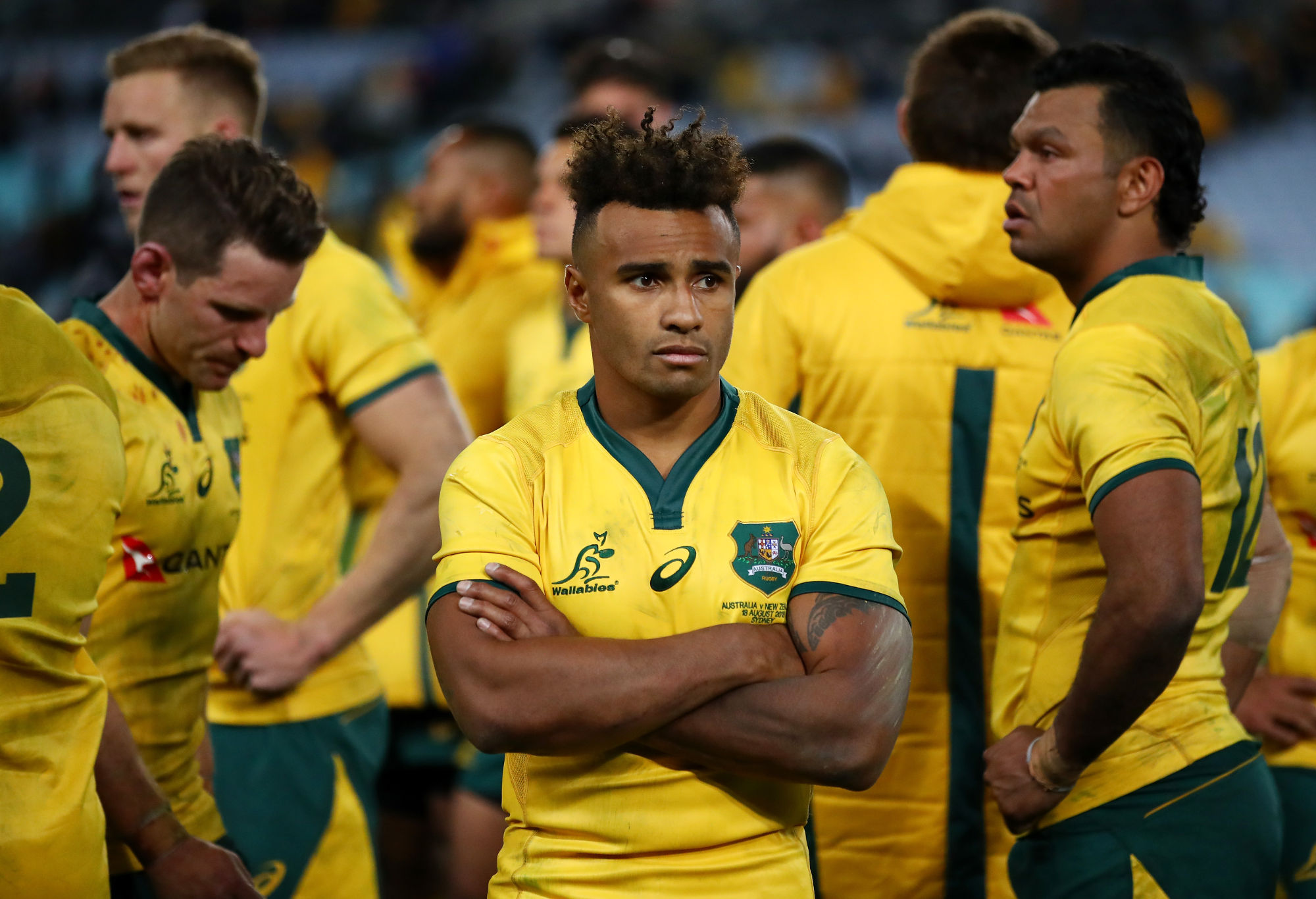 Deep restarts – why?
One last rant about the Wallabies – why did almost every single restart get kicked deep and was uncontested? Restarts are known for being a crucial contest in a game, and with Israel Folau, the best player in the world in the air, the Wallabies have an amazing weapon that can cause carnage at the restart. But time and again Foley kicked the ball long and no gold shirt was anywhere near the catcher.

Sometimes a deep restart could well work, but every time with no variation? Where is the awareness that this wasn’t really working and that maybe they should mix it up a bit and put the All Blacks under some pressure?

Referee judgements are so frustrating
Time and again fans, players and coaches alike complain about the referees. In this game Romain Poite was actually pretty good and I had no major complaints, but his decision to send Tolu Latu to the naughty step was really poor. Fortunately it didn’t decide the game, but it was a bad moment.

We all get that players can’t be allowed to punch each other, but Latu did nothing like that. It was a bit of handbags, and anyway, Cody Taylor started it. Schoolyard cliches aside, all the ref needed to do was have a stern word with Latu and Hooper and remind them that they should stick to rugby and not face slapping.

Yes, Latu should not have reacted like that and players need to keep their discipline at all times but come on – that was not a yellow card.

Kerevi looking good as he comes back
So there were some good points for the Wallabies – Rob Simmons played pretty well and Foley actually had some great touches. One of the most encouraging things from this game though was the return of Kerevi, who looked good in his first game back from injury. He ran with power and caused the defence some issues.

The Wallabies need him back fully fit as soon as possible. If he can run hard and straight and get his offload going, he will bring a much-needed weapon to the Wallabies midfield.

The spring tour begins now and the Wallabies have three matches up north. They should win against Italy and they could well beat both Wales and England. However, they could also lose both of those clashes, which would mean a bad end to a bad year and lots of questions still up in the air as they move into a World Cup year.