NFL Week 8 wrap: Watch out Rams, the Saints are marching

Week eight of the NFL began with the Houston Texans hosting the Miami Dolphins.

Officiating errors dominated the first half as a penalty at the kick-off was called correctly but the ruling applied incorrectly and yardage was awarded but the kick-off should have been retaken. It was sorted out but not before a lot of time was wasted.

Miami were then awarded a soft penalty for a dangerous tackle that no commentator could agree with. They scored from the subsequent play.

Houston hit back, then scored after capitalising on a fumble by Dolphins quarterback Brock Osweiler to lead 14-10.

More officiating drama closed out the half. Taking a knee to run down the clock to halftime, the Texans were hit with an illegal formation call. Players had to be called from the locker rooms to repeat the play. Come on officials, get your act together!

The Texans blew the game open when Will Fuller caught a long pass for a 75-yard touchdown. Miami clawed it back to a one-score game but Texans held them off for a 42-23 win.

Houston quarterback DeShaun Watson completed 16 out of 20 passes for 239 yards in an impressive display. The Texans now have a two-game lead in the AFC South. 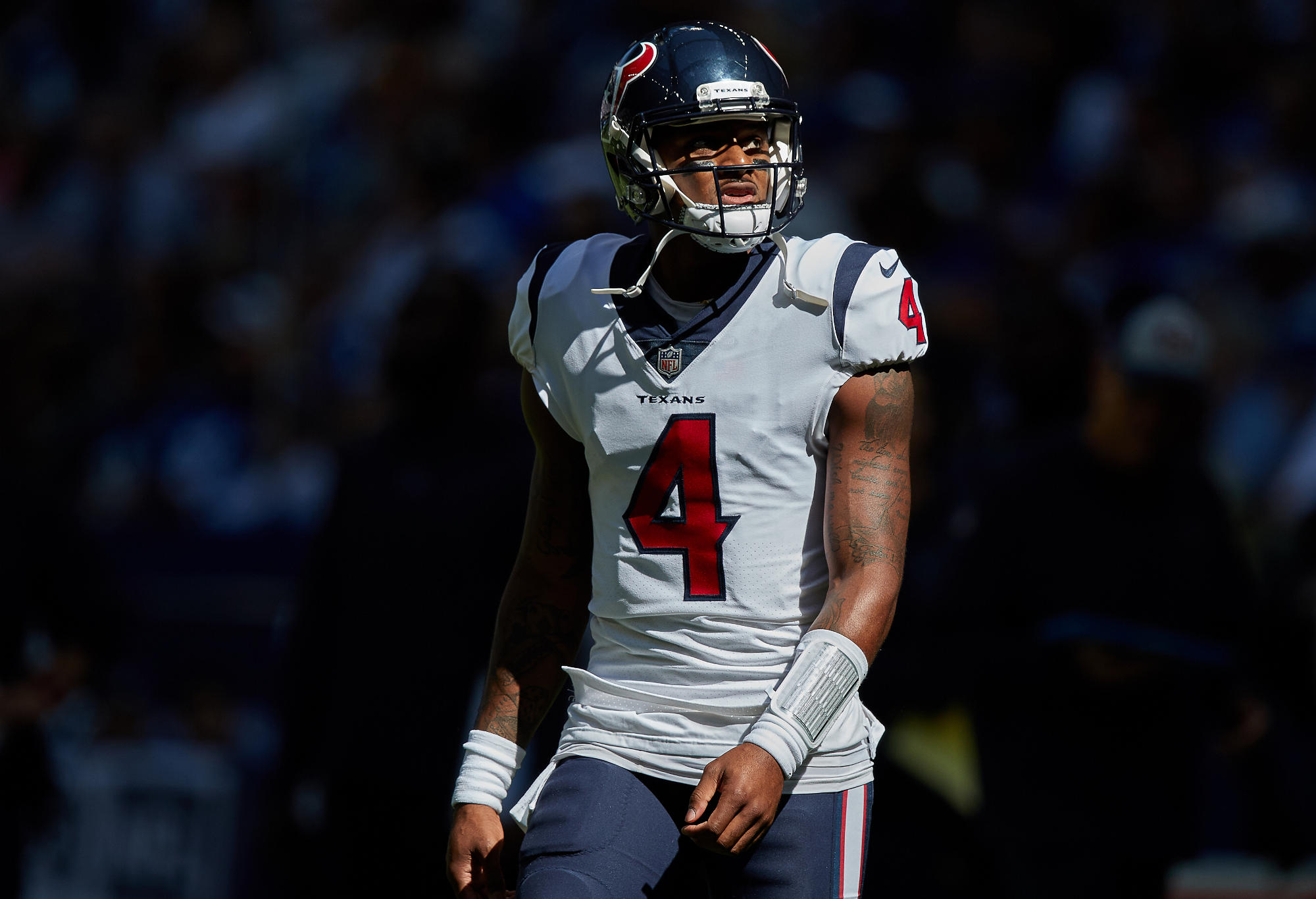 The last of the London games at Wembley stadium was played between the Philadelphia Eagles and Jacksonville Jaguars in front of 85,870 fans. It almost began without four of the Jaguars players who were arrested after a boozy night on the town on Wednesday.

The Eagles won 24-18 on the back of a 286-yard passing game from quarterback Carson Wentz. The Eagles move to 4-4.

Next year, the new 62,000 capacity Tottenham stadium will host NFL for the first time. The London games have been a massive hit and the popularity of NFL continues to grow in the United Kingdom.

Perhaps the standout match of week eight was between New Orleans Saints and Minnesota Vikings.

Vikings’ wide receiver Adam Theilen was having a rip-roaring first half until he fumbled after a heavy hit that led to a New Orleans touchdown.

There was more calamity for the Vikings in the second half when a pass by quarterback Kirk Cousins was intercepted by PJ Williams who ran back for a score to put the Saints up by 14.

Although Drew Brees ran the majority of plays, some were run by Taysom Hill. Both Brees and Hill had turns at wide receiver and at one stage the Saints had three quarterbacks on the field.

The 30-20 win puts Saints at 6-1, one win ahead of the Carolina Panthers in the NFC South.

Although on a beaten side, Vikings’ wide receiver Adam Theilen broke the NFL record of consecutive matches with 100+ yards receptions to start a season. His record now stands at eight and just one more 100-yard game will break the all-time NFL record.

A local from the Great Lakes district, Theilen attended Minnesota State college, missed out on the draft and was signed as a free agent for the Vikings. He made his debut in 2014. He chalked up over 1,000 yards in 16 games last season. Already in 2019 he has 925 yards in just eight games.

The Cleveland Browns were in town for a battle with the Pittsburgh Steelers.

Pittsburgh won 33-18 and the Browns reacted by sacking head coach Hue Jackson. Cleveland sit in last in the AFC North.

The undisputable pick of next week’s games will be the 6-1 New Orleans Saints hosting the 8-0 Los Angeles Rams.

It’s time to bid farewell to London, but we can welcome the second half of the season as the NFL continues to deliver.

So, the Dallas Cowboys game against the New York Giants ended several hours ago but it has taken until now for me to be able to write my thoughts on the game, simply so I could digest what we had witnessed.