What If NFL stadiums were houses for sale?

TNF, SNF, and MNF are acronyms any football fan — and most sports fans — would know.

The NFL season is well-underway and millions tune in to watch every week (or attend games in person). For some fans, nothing compares to making a trip to their team’s stadium — it’s almost like a second home.

Funny enough, the Wall Street Journal shared renderings of these football stadiums as if they were for sale as single family homes. It’s not only a fun way to illustrate the NFL stadiums, but also illustrates how much local real estate varies across NFL markets.

For example, Los Angeles is significantly more expensive in terms of real estate than Minneapolis.

The set of illustrations actually comes from a real estate company that decided to share them with Wall Street Journal. They created infographics for the eight NFL division-winning teams from last season, but each one also includes nods to other NFL teams’ stadiums in “similar listings.”

So, what would it take to buy one of these stadiums as a single family home? The Los Angeles Chargers / Los Angeles Rams stadium that is currently under construction would run you around $1,455,000,000 — the highest price of all of them.

Considering this new stadium is estimated to cost nearly five billion dollars to construct, according to Forbes, this fictional asking price might actually be somewhat of a deal.

The way these fictional home prices were calculated was based on each city’s local price per square foot, then applied to the actual square feet of each stadium.

For example, the average price per square foot near the New England Patriots’ stadium is $309, so at 1,900,000 square feet the “asking price” of Gillette Stadium comes to $587,100,000. This is the second most expensive stadium on the list behind the Los Angeles one, due to its relatively high local residential real estate price per square foot. 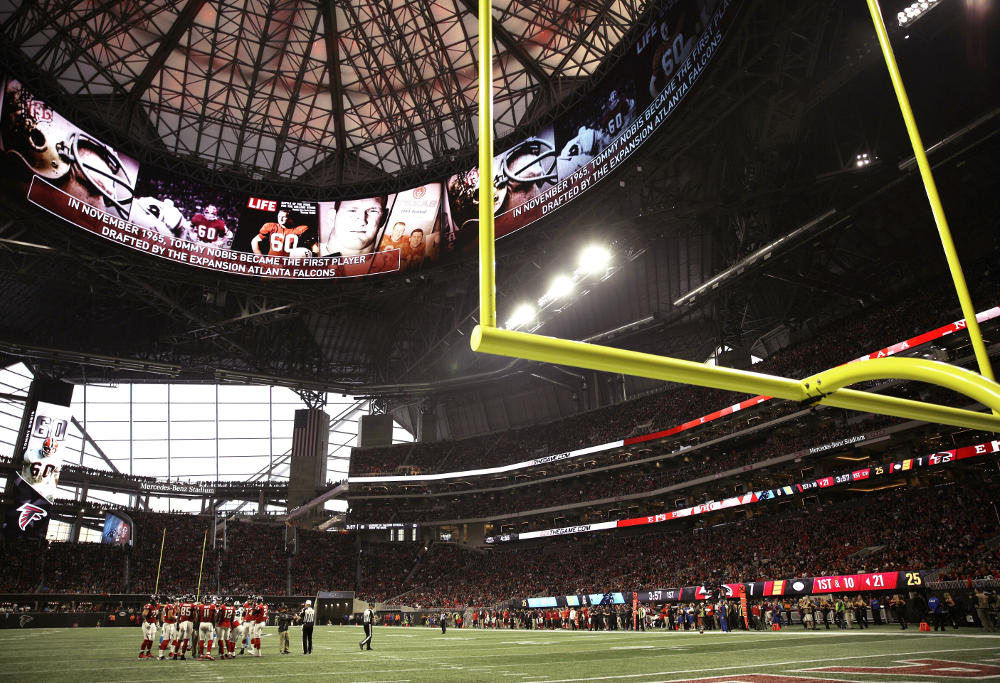 Even with these incredibly high local costs, NFL teams in these metropolitan areas generally are very successful and effective at the moment.

The Los Angeles Rams are undefeated at this point in the season, while the New England Patriots have started to dominate after a rocky start to the season.

Even when looking at collegiate-level sports, the two major universities in Los Angeles (UCLA and USC) historically rank in the top three for the most NCAA division one titles compared to other universities across the country.

It seems that high local housing (and all other) prices don’t necessarily hold back sports teams from performing well.

Still, at a price of millions or more dollars each, it’s probably best for fans to just visit their second-home stadium as a ‘renter’ on Sundays — or just watch games from the comfort of their home for free.