The 2018 World Series and the history that led to it

October is over, and for baseball fans, that month meant an exciting series of games to tune into.

Baseball fans across the United States and beyond were captivated by the World Series between the Los Angeles Dodgers and the Boston Red Sox, a run of games that began on Tuesday, October 23rd.

The competition between each team was fierce and enthralling — each side had had their share of big plays and home runs, as well as errors and missteps.

Games 1 and 2 were held in Boston at Fenway park and ended with the Red Sox coming out on top on their home turf.

In game 3, however, the Dodgers managed to earn a ‘W’ after a whopping 18 innings of play at their stadium in Los Angeles — the longest game in World Series history. 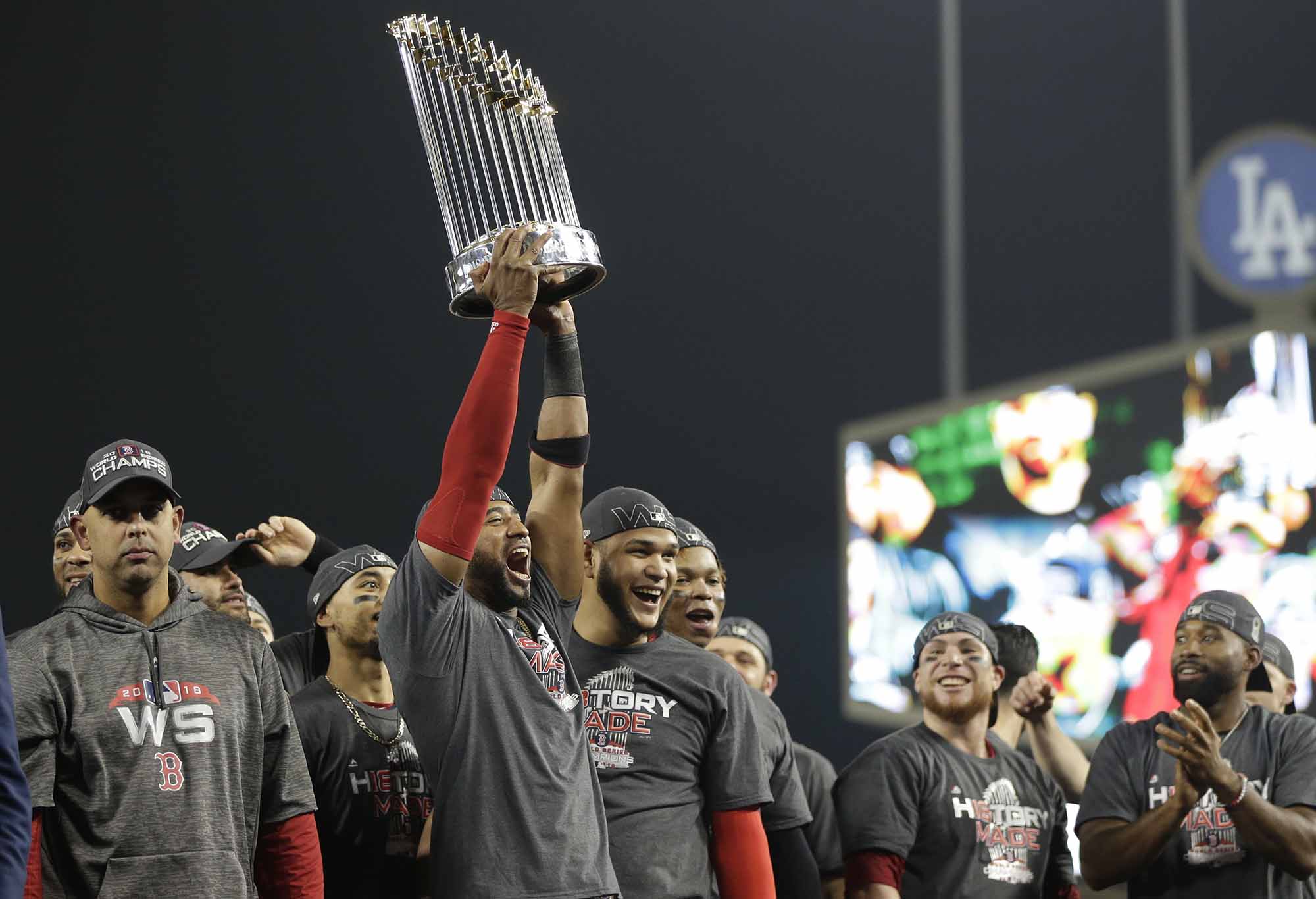 Game 4 offered a glimpse of a Dodgers comeback — they were up by 4 through the end of the sixth, but by the middle of the 8th their lead was gone. And at the end of the 9th, well, the Red Sox had come back to beat them 9-6.

The final game of the series was exciting but, admittedly, lacked the drama of the history-setting, 18-inning game 3. The Sox came out on top with a final score of 5-1. And with that, the World Series title was theirs.

Major League Baseball is a sport steeped in history, and for that reason it is described as ‘America’s pastime’. (Plus, most Americans play baseball at some point in their childhood.)

The fact that there are so many examples of classic MLB games from the past creates a lot of nostalgia for the game, even as it’s become modernised with better technology and new rules. For this reason, you’ll often see graphic designs that nod to the vintage nature of the game, the newest iteration of which is a set of city skylines made of past World Series-winning team rosters. This graphic designer decided to compile all of the years each MLB team has won the World Series, then use the roster of each of them to illustrate the team’s home city’s skyline.

What’s compelling about these is how it visualises some teams’ veteran status at the World Series, such as the New York Yankees and their 27 championship wins, whereas others don’t have such a history of domination, like the Milwaukee Brewers who have never won the World Series.

In other words, it shows how big of a deal it would be for certain teams to win it, since they never have before.

The Los Angeles Dodgers and Boston Red Sox skyline graphics are especially interesting to compare since they were facing off in the 2018 World Series.

Including this year, the Red Sox rank third for the most championship wins in history (nine), whereas the Dodgers have won six (five while based in Los Angeles and one from when they were based in Brooklyn, New York).

Furthermore, the Dodgers were up against a 30-year championship drought (now 31-year), because their last win was in 1988, whereas the Red Sox last won in 2013 (a five-year drought until this current year’s win).

Both of these teams has a very passionate fanbase, but it seems the Los Angeles Dodgers may have had more of a historical reason to win the World Series — and add another year to their championship skyline. Unfortunately for them (and fortunately for Boston fans), the Sox took home the title this year.