A series that told us nothing new about team India

India completed a 3-1 win over the visiting West Indies team with a comprehensive nine-wicket win in the final ODI in Thiruvananthapuram.

The series, which was competitive for the first three games, petered out to a one-sided affair in the final two. For the Indian team, though, this possibly was their best chance to try out some different combinations as the next series they have is in Australia earlier next year.

The top order for Indian once again dominated with Rohit Sharma and Virat Kohli scoring loads of runs. Ambati Rayudu got some good batting time in the middle, but the rest of the order did not play enough as they have been for over a year.

India’s middle order has been facing increased scrutiny over the past year or so as they have not been able to match up to the phenomenal top three the team has. The middle order also recently has failed to close out games, even when they have been set up by some good batting by the top order.

India have decided that they will play Ambati Rayudu, MS Dhoni and Kedar Jadhav in the middle order but except for Rayudu, the rest hardly spent time in the middle. Rishabh Pant, who also was trialled in the first three games, did not get much game time either. If you look at the total number of balls played by the middle/lower order, MS Dhoni got 51, Rishabh Pant got 31 and Kedar Jadhav got seven deliveries in this entire series.

I understand that with the form of the Indian top order it would have been hard for the middle order to play more, but I feel that India did not use their opportunities well when they got a chance. For example, in the first game when Virat Kohli got out, India could have sent in MS Dhoni or Rishabh Pant to join Rohit Sharma when they still required 70 odd to win.

The Indian top three has scored the majority of the runs for India this year and this series was no different. The middle and lower order hardly gets to bat and when they do, they falter. This happened in the Asia Cup and in this series as well. The questions remain unanswered and with the West Indies series out of the way it would be now difficult for India to experiment with their X1 in Australia early in 2019.

There were a couple of positives, though, which came in the form of Ambati Rayudu who has put the number 4 questions to rest for a while and Khaleel Ahmed who has probably grabbed the third pace bowling slot in the X1.

The Indian ODI team still has eight ODIs against Australia and five ODIs against New Zealand next year. The team would need to identify opportunities for the middle order to have enough game time before the World Cup in England as it will be crucial if India progress to the knockouts in the marquee tournament.

Brad Haddin, who’s just returned from a coaching role in the IPL, says Australia could come to regret leaving Nathan Lyon out of the T20 World Cup squad that launches its campaign against South Africa on Saturday.

A ball bowled “a mile” before the crease and a long hop… Bangladesh were favourites to top their group and qualify for the second-stage of the tournament but Scotland and Christopher Greaves had other ideas, reaching deep into their kitbag to get the win. 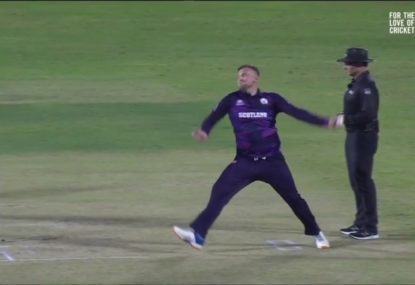 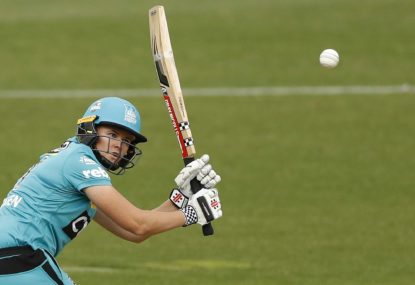 The men’s T20 World Cup is back after a long hiatus – it’s been five and a half years since Carlos Brathwaite smoked those four sixes off Ben Stokes to give the West Indies their second title. Widely considered as a hit-and-giggle jamboree when it arrived in 2007, the tournament has since completed five more […]

Is Khawaja's clinical Shield century evidence he deserves another look at the Aussie Test side?

Plenty of names have been offered up to fill an opening or middle-order position in the Australian Test squad for the upcoming Ashes series. Speaking on Big Sports Breakfast, Michael Clarke threw Usman Khawaja’s name into the hat. Does he deserve it? 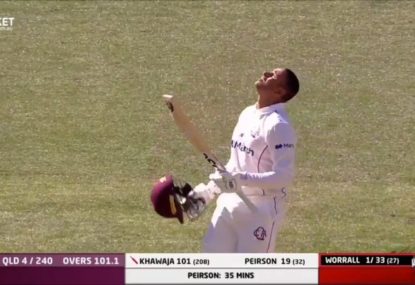 Is Khawaja's clinical Shield century evidence he deserves another look at the Aussie Test side?