All eyes were on the Australian players trying to press their Boomers claim in the Round 4 NBL double between the Brisbane Bullets and Adelaide 36ers, but it was emerging Kiwi star Reuben Te Rangi that stole the show on Thursday night.

The Bullets and 36ers meet twice in Round 4 of the NBL and with the Boomers coach at the helm of one of the teams and at least five players looking to press their claims for further national duties, there’s plenty at stake between the groups beyond the crucial victories for their teams.

While there was nothing wrong with the performances on Thursday night in Brisbane of Bullets trio Cam Gliddon, Jason Cadee and Matt Hodgson, or Sixers’ duo Daniel Johnson and Nathan Sobey, it was 24-year-old New Zealand representative Te Rangi who shone above the rest.

Te Rangi started in the NBL with his native New Zealand Breakers as a teenager and won two championships while playing 103 games before joining the Bullets as they rejoined the league ahead of the 2016-17 season.

Playing under Andrej Lemanis again was a big factor in Te Rangi’s decision and while he had played 154 games in the NBL under his belt coming into this season, his potential tag still hadn’t quite been matched by what he had delivered despite gradual improvement.

But coming off the confidence gained by his increased role with the Tall Blacks, including a stint at the Asian Cup as captain, Te Rangi has taken his game to another level so far in the 2018-19 season and without question is in the form of his life. 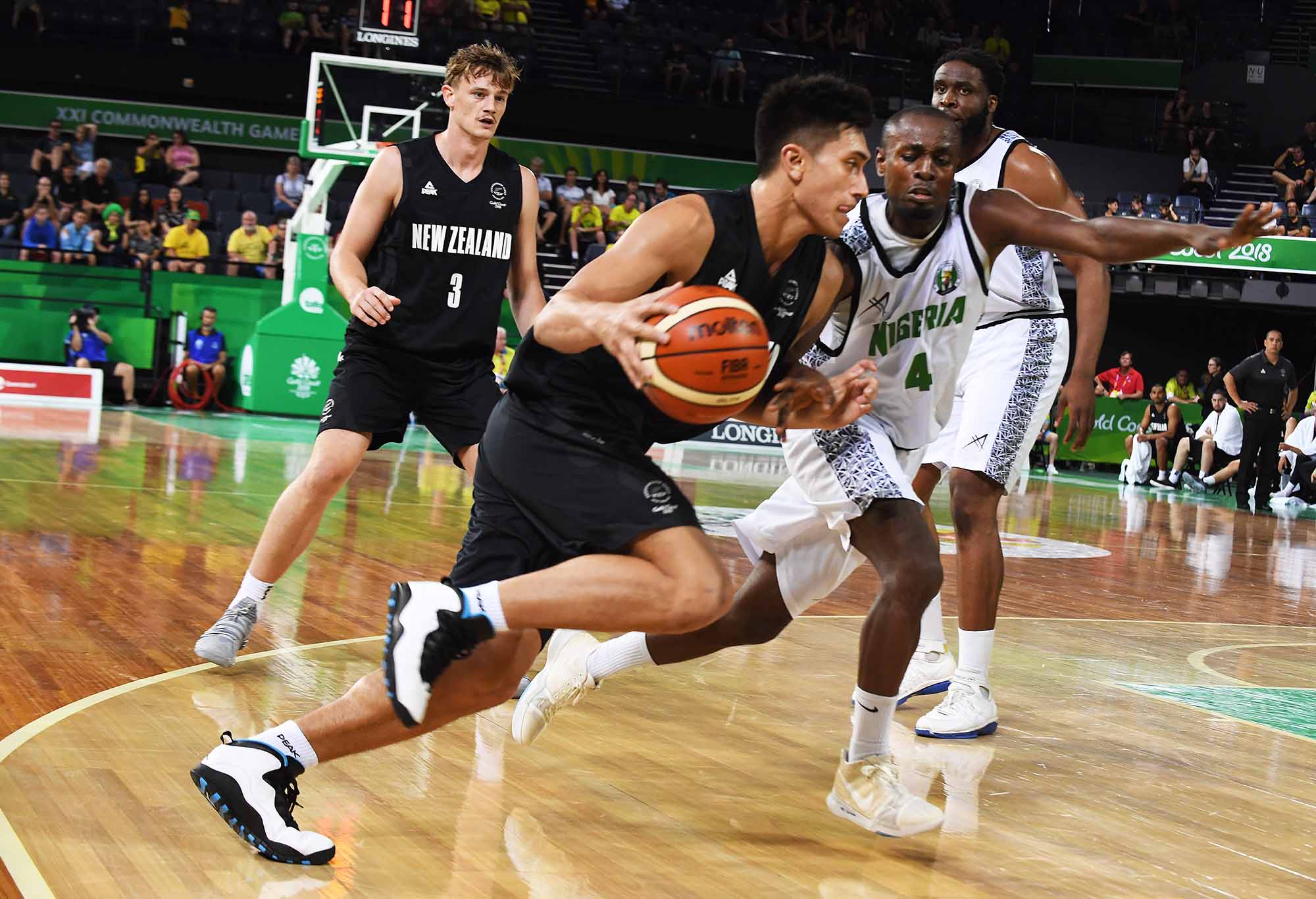 Even before Thursday night he was having a career-best season averaging 12.2 points and 3.2 rebounds over the opening five games, but he was just unstoppable on Thursday in Brisbane’s eventual 108-98 victory.

Te Rangi lit it up for a career-high 29 points on the back of shooting 9/17 from the field, 6/9 from three-point territory and 5/6 from the foul line. He also compiled three rebounds, three assists and two steals in a solid all-round showing.

Because he’s now played 160 NBL games, it feels like Te Rangi should be older than the 24 years of age that he is and he could even have plenty more growth left in his game given there’s every reason to suggest he could play in the league another decade.

While many Australian and New Zealand basketball players opt to go the college basketball route and then start their professional careers around the age Te Rangi is at now, his coach Lemanis feels it’s been to his great benefit that he started in the NBL so young.

Lemanis feels that by growing and developing while in the league instead of going to college and now starting life as a pro, that it’s a big reason why Te Rangi is in the form he’s in and is able to match performance with the potential tag he’s long had put next to his name.

“I think Reuben is one of those ones who is a good example of someone who didn’t go for college and benefitted from staying. You feel like he’s older than his real age because he’s been in the league so long even though he’s only 24,” Lemanis said.

“You feel like he should be in his late 20s but he is the same age of guys returning from college now. Generally when guys return from college in their first year they are finding their way a little bit and sit on the bench, and maybe by the second year they start to grow.

“But Reuben’s got all that experience behind him and he’s just at that age. He has shown that he’s advanced and progressed as a result of that better than those guys that come back from college. It’s been good to be part of that growth and to watch him development.

“He grew again this off-season and he’s added to his game, and he has that versatility for us where he can be a four and a three. He can play wherever we need him, he’s smart and he understands structures.

“He has added the three ball to his game and he’s worked hard on that, and he has a good body and strength about him. His growth has been fun to be a part of and that’s a lot of what coaching is about to get the joy out of watching people grow and get better.”

While Te Rangi was the star of Thursday night’s game, it did remain a fascinating contest between five regular Boomers squad members and now they have another match up with another in Adelaide on Sunday. 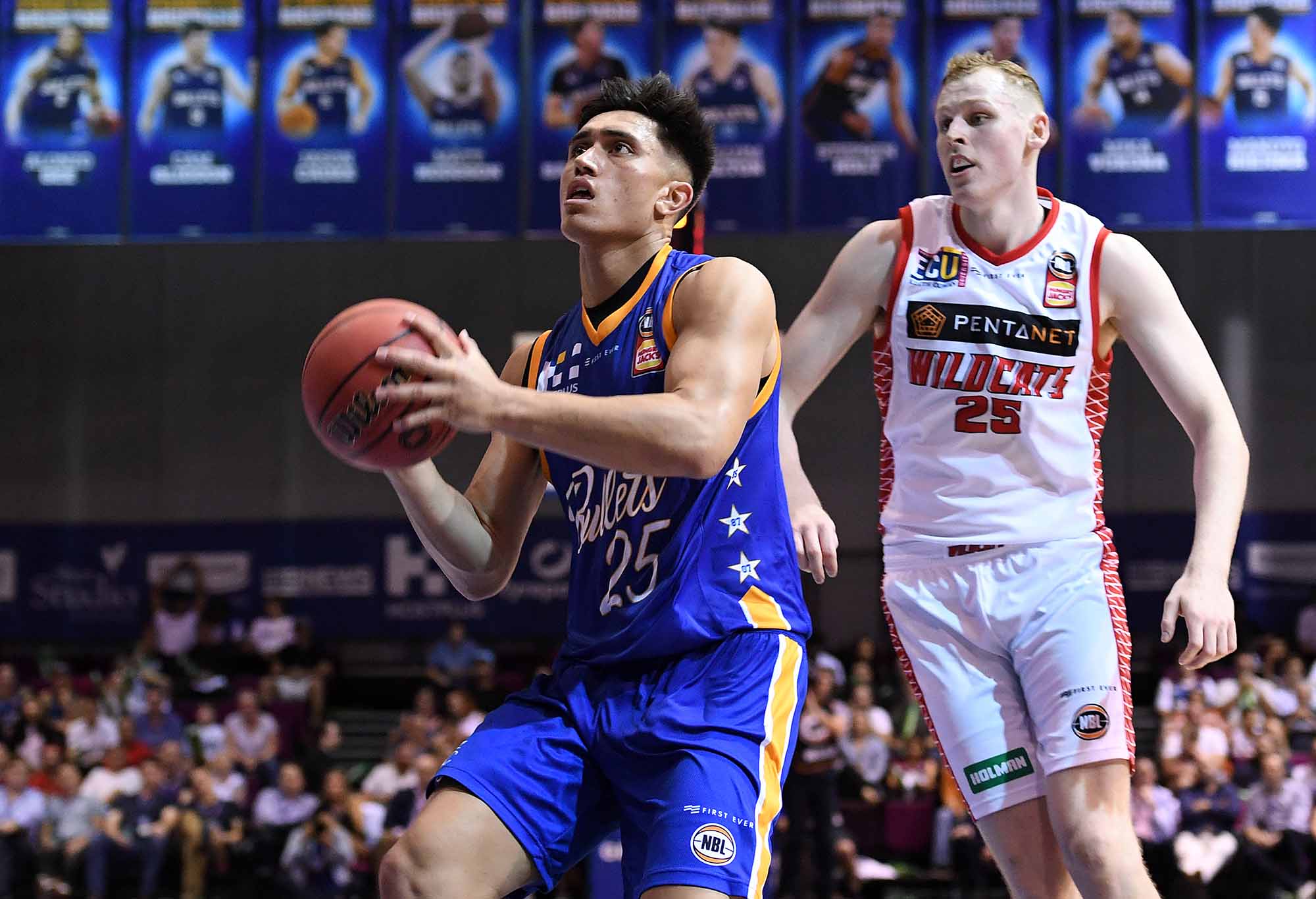 While Gliddon, Cadee, Hodgson and Sobey have been regular Boomers squad members in recent times, and Johnson got his well overdue chance more recently, this is a great chance to impress against fellow Australian players and with the national coach watching on.

They were up against Sobey who has taken on the point guard role for Adelaide this season and he finished the game with 12 points, six assists and three rebounds.

There was also a fascinating big man contest between Hodgson and Johnson, former Adelaide teammates from the past three seasons. Hodgson had six points and four rebounds for Brisbane, and Johnson 23 points and six boards for Adelaide.

It’s battles like this which helps to make Lemanis coaching in the NBL fascinating while he’s also the Boomers coach with an eye to the 2020 Olympic Games, and it’s only natural for him to be thinking about national selections when he sees players in front of him on the floor.

It continues to be a fascinating juggling act for Lemanis to be coaching the national team and in the NBL, but it’s something he is more than happy to be busy with because he found he desperately missed the day to day coaching when he left the Breakers and was full-time the Boomers coach.

The juggling act certainly has its challenges, but it’s something he wouldn’t change for the world.

“In the first 12 to 18 months there was a lot on for sure but as a coach it’s good to have a lot on because it means you’re employed,” Lemanis said.

“When I talk about creating our environment, to be able to recruit good players some of that comes because of trusts and relationships built through that environment.

“There’s always plusses and minuses with every situation, and the one who probably suffers the most is my wife. She’s the one who doesn’t see me and we don’t get to go on holidays. That’s just the way it is for now and it’s a lot of work but good fun.”