‘The more things change, the more they stay the same’.

It’s a phrase that aptly describes the ‘drafting good players/losing good players’ scenario facing the Gold Coast Suns, for whom the 2018 draft shapes as a crucial foundation for the club’s long-term future.

In 2014, it went through its first ‘reset’, taking two first-round picks (Peter Wright and Jared Garlett), as well as likely future club captain Touk Miller, and has taken at least two first-round selections each year since. However, the club has done a much better job of retaining players drafted since 2014, with 17 out of 33 remaining on the list.

Their on and off-field woes have been well-documented, culminating in the loss of both their original co-captains this season. Under new coach Stuart Dew, however, the Suns seem to have created a new club culture and embraced a new, more defensively-minded game plan.

It will take another few years before this begins to bear fruit, but the signs are there that the club might finally be heading in the right direction.

After having four first-round selections in 2016, it finds itself in a similar position again this year, with picks 2, 3, 6, 24, and 29. The club managed to bring in a few players – albeit handy depth rather than stars – in the trade period – midfielders Corey Ellis and Anthony Miles from Richmond; George Horlin-Smith from Geelong, as well as key defender Jack Hombsch from Port Adelaide.

They also brought in three mature-age players from the State leagues, including forwards Josh Corbett and Chris Burgess, and key defender Sam Collins. That addressed a few needs, so the club’s draft strategy should be focused on bringing in elite young talent with good character and work ethic.

Draft strategy
Holding three top-10 picks gives the Suns the ability to be the main shapers of this year’s draft. What they decide to do with picks 2 and 3 will have a big bearing on shaping the rest of the top 10, including what the club does at pick 6.

Let’s assume Sam Walsh is taken by Carlton at pick one. I think the Suns will likely go for the option of ‘pairing’ either two South Australian players (out of Jack Lukosius, Izak Rankine, or Connor Rozee), or the King twins with their first two picks.

Lukosius is a key forward with excellent game and goal sense, while Rozee is a quick and classy midfielder. Rankine is a half-forward who could be the most exciting player in the draft and has rare match-winning qualities. The King twins, Max and Ben, are both key forwards, but Ben has also excelled as a key defender this year. 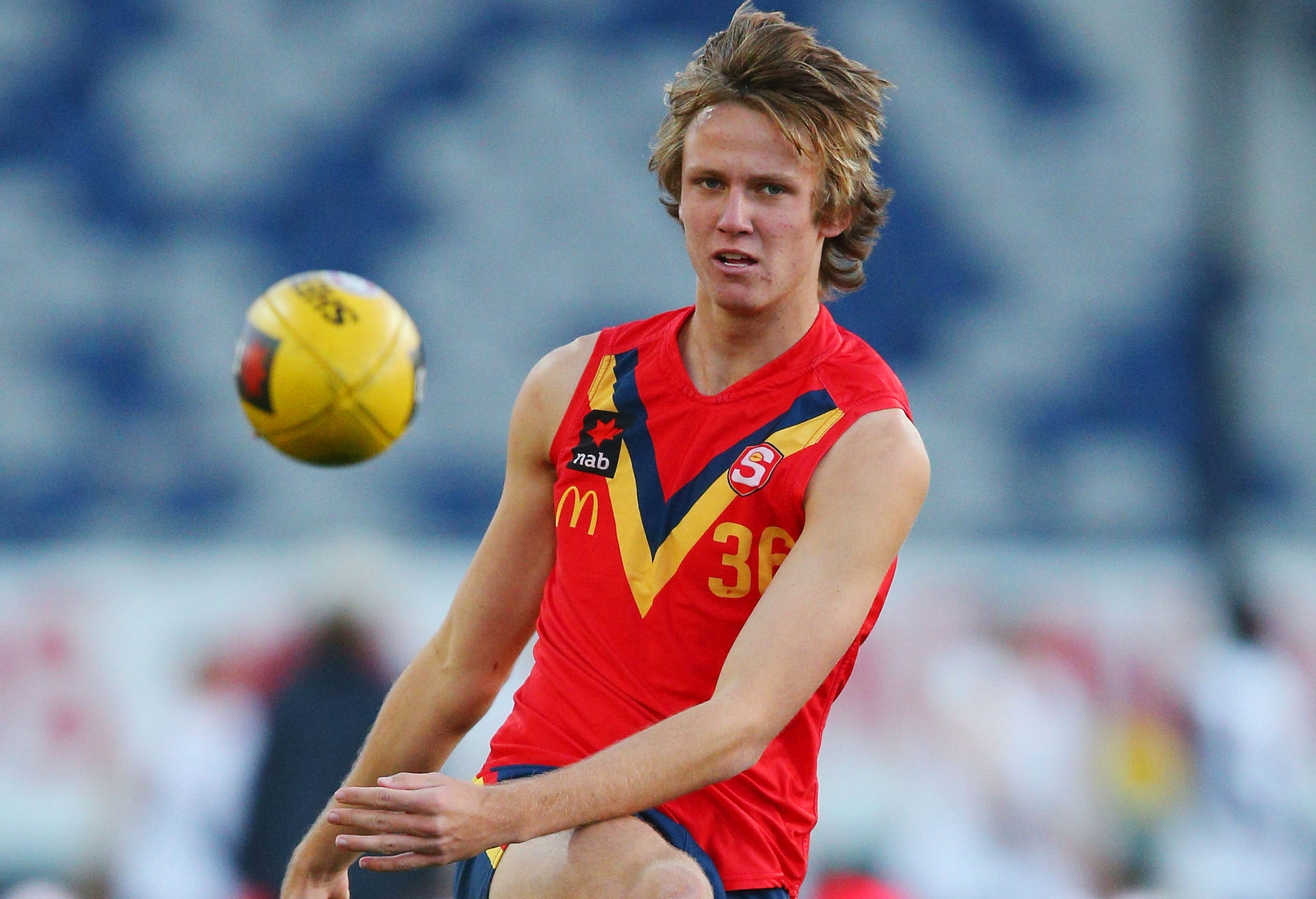 Any of these players would be excellent acquisitions for the Suns – the Kings would provide flexibility and key focal points in attack, while all three of the South Australians would add a touch of class.

Crucially, pairing players also helps mitigate the desire for players to leave after only a few years at the club, and it’s been a strategy (whether conscious or unconscious) that seems to have worked for the club – since 2014, the majority of its draftees have been Victorian, and only Scrimshaw has really failed to settle.

We saw last year that the club was so desperate to arrest the trend of players wanting to leave that it gave Fremantle pick 2 for Lachie Weller, a native Queenslander, so it stands to reason that this will likely influence their draft strategy this year.

Based on the pairing strategy, I’d say the club are likely to go with Lukosius and Rankine with their two picks. At the pointy end of the draft, clubs usually take the players they judge to be the best, regardless of needs or positions, which means they generally end up taking midfielders and more versatile players, rather than key position players.

However, the Kings are both very, very good players, and the Suns could build a forward line around them for the next 10 years, which must be a tempting prospect.

Pick 6 then becomes interesting, as they need to wait and see who St Kilda and Port Adelaide select before them. Again, I think the Suns will likely take the best available player at 6. If the Saints select Max King (which is likely, given he’s a Saints fan and has been training with the club a few days a week), and Port take the remaining South Australian in Rozee, I’d say the Suns will likely snap up either half-back Jordan Clark or midfielder Bailey Smith, who would both complement their earlier selections nicely.

However, if the Saints decide on Smith, Rozee, or another midfielder, the Suns could find that Max or Ben King fall into their laps, and either would be extremely difficult to pass up there.

Picks 24 and 29 then become more about needs. I don’t think it’s a stretch to say that the Suns have the worst list in the competition, so they need pretty much everything. But I’d say the key areas to address are forwards, midfield speed and key defenders.

They addressed some of these needs with Hombsch, Collins, Burgess, and Corbett, so speed and pressure are likely to be high on their list here. Tenacious small forward Ned McHenry is a diligent worker and would be handy. If they decide to go for a midfielder, versatile prospect Xavier Duursma could appeal, as might Chayce Jones, a Tasmanian with excellent endurance. Jez McLennan could also be an option as a half-back flanker.

Whoever they select, it’s crucial that the Suns find the right mix to build a solid foundation on which to take the club, finally, forward.