Maybe not 'elite honesty', but a straightforward approach is the only way

The past week or so has thrown up a trio of rather alarming events.

At number one, there was the revelation that the environment around the Australian team has skewed so far from reality – and normality, come to think of it – that ludicrous slogans such as “elite honesty” now adorn the dressing room walls.

Number two was the disgusting expose by a no-doubt award-winning journalist that disgraced former captain Steve Smith was seen having a few drinks with his clubmates in the aftermath of a 20-over grade outing. And more than one drink as well, just to mock any outraged onlookers.

The third was Mitchell Marsh, yes he of impeccable lineage and dismal returns in the UAE, rattling up a large century for Western Australia in their Shield outing in Brisbane.

It would be rather too easy to mock all of the above – struggling side resorting to management-speak mumbo-jumbo; please just read the Daily Telegraph article as no words I can find will better it; shouldn’t be anywhere near the Test team etc. etc. – but there may well be something relevant in one of them.

Not the first, obviously, as this is nothing more than a bit odd. Exaggerated by the fact the team it’s supposedly inspiring couldn’t beat an egg at the minute but hardly the first time this kind of thing has been tried.

If Steve Waugh’s all-conquering outfit had done this it would’ve been lauded as the ‘no stone left unturned’ approach, the ‘one per centers’ that divide the great from mere mortals. As it is, the context makes it looks like utter nonsense but hardly worth getting wound up about.

As for the second, would it be so tricky to leave the bloke alone? He’s done wrong, been punished for it and, er, that’s it. His decision to behave in a – stop the press – normal fashion doesn’t warrant a few hundred words of comment. If a correlation can be found between a batting collapse in Perth and a man drinking beer in Sydney then bravo to whoever discovers it.

In fact, even if Smith had got absolutely plastered – as, would you believe, he is entitled to as a grown adult – is anybody interested? That’s a rhetorical question.

Now for the third – and this is where I stand to be corrected. 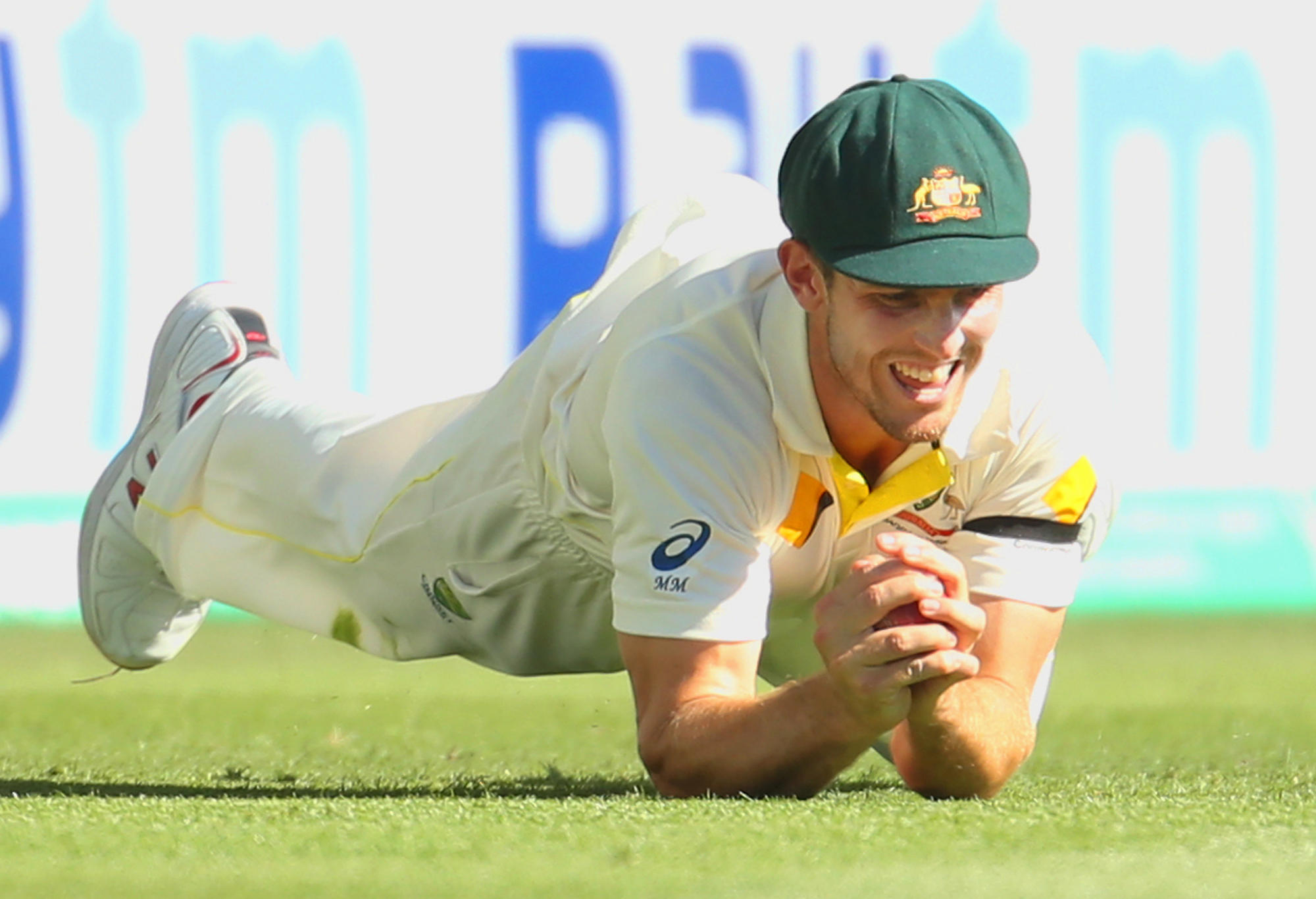 Marsh, unless something drastic occurs between now and the first week of December, will be part of the Australian XI that takes to Adelaide Oval to face India in the first Test of the summer.

I can already hear the howls of derision but if recent backing was being handed out in the form of a team management role then demotion, if it is indeed coming, would probably not be so swift.

But what should have been learnt, if nothing else, is that as long as he bats right handed, Marsh is not a Test match number four. Number six maybe if a five-man bowling attack is desired (he could do with actually bowling a bit more) and possibly seven if the configuration is tinkered with, but not four.

Not then, not now, not ever.

Don’t be fooled by where he bats for his domestic employers. It should be a consideration in some instances – Aaron Finch perhaps – but not in this one.

An article, on this site by this hand, of the not-so-distant past put forward the opinion of Marsh showing signs of improvement at the highest level and that he was worth persevering with. But there was definitely a double-take to be had when Justin Langer, Tim Paine or whoever picks the batting order plonked Marsh in at second drop in the desert. I bet he couldn’t believe his luck.

And if Australia are to go anywhere in the next few months, a straightforward method of putting round pegs in round holes wouldn’t go amiss.

Select batsmen to bat, all-rounders to all-round, wicket-keepers to keep wicket and bowlers to bowl; the team simply isn’t strong enough for those in command to out-think themselves and the travails of Marsh junior against Pakistan was a case in point.

Improvement may not be immediate, and a decent Indian outfit with a good attack will be far from pushovers in the weeks to come, but there is a better chance of everything going in the right direction if some clarity of method is utilised. Australia are where they are and fudging the details, with clichéd soundbites to match, is no solution.

Come to think of it, there may be something in that ‘elite honesty’ slogan after all.