All Blacks and those 'confetti caps'

Bevan Holmes was an athletic and durable loose forward from North Auckland. He started 31 games for the All Blacks between 1970 and 1973.

Holmes holds the record for most All Black games without a Test. Despite touring four times with the national team, Holmes will never receive an international cap.

Tyrel Lomax, at best a sixth choice prop, has already attained a Test cap after his brief appearance in the All Blacks win against Japan on Saturday.

Lomax, along with the remainder of the bench, arrived on the field when the game was well and truly won by New Zealand. To borrow the American sports expression the substitutes completed ‘garbage time.’

With respect to Faumuina, his contribution to All Blacks history shadows that of Meads despite literal records showing he only had five fewer caps. 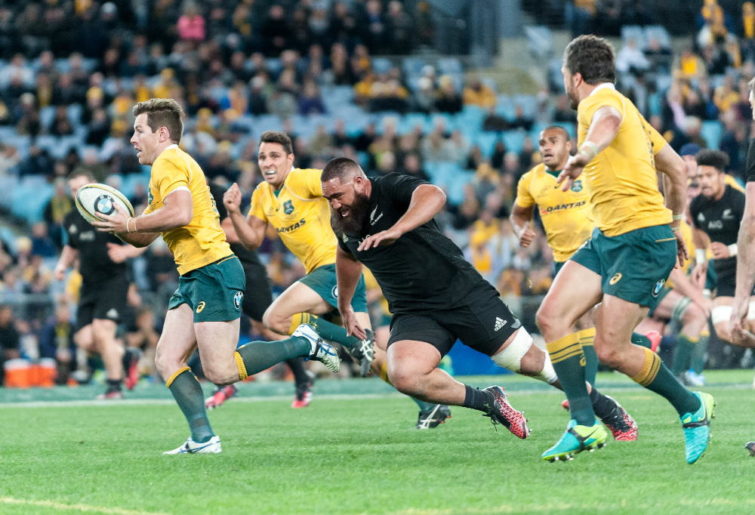 Is it time for a new system of capping to be conceived to illustrate metrically the varying weight of appearances for the All Blacks?

Meads started every test he played, racking up many more minutes than Faumuina, but in Meads’ era, the bench wasn’t a major factor in the game.

Since the start of 2016, the All Blacks have emptied the entire bench in every Test and won 34 times in 39 matches suggesting the introduction of reserves is an integral factor in maintaining a high winning percentage.

Returning to the case of Holmes and Lomax. Long tours do not exist today, so the chances to blood new players only exists in internationals. Is Holmes relatively long All Black career less worthy though because he didn’t play a Test?

The NBA records minutes played. Should the All Blacks do the same?

Many high school First XV’s and senior club sides have various methods for rewarding consistency of appearances. Typically a threshold has to be reached to earn a cap, pocket or blazer for example. Should the All Blacks adopt a similar system?

All Blacks work incredibly hard to reach national status. All names deserve to be recorded, but within the All Blacks themselves there needs to exists a measurable hierarchy of achievement to maintain the integrity of the jersey.

The All Blacks team against Japan on Saturday featured eight debutants and was the least experienced of the professional era.

So, how many of these players are genuinely worthy of being capped All Blacks?

With Ireland’s tour of New Zealand just around the corner, I thought I’d take the opportunity to name my All Blacks 23 for the…

When retired New York District Attorney Vincent Bugliosi wrote his book on the OJ Simpson trial, he observed that the final verdict was "in…

It might feel like Australian rugby is forever behind NZ, but there is a clear path to a reversal of fortunes

It was the Eighties. The final leader of the Soviet Union, Mikhael Gorbachev was more open. He brought glasnost and perestroika. To ramp up…

It might feel like Australian rugby is forever behind NZ, but there is a clear path to a reversal of fortunes